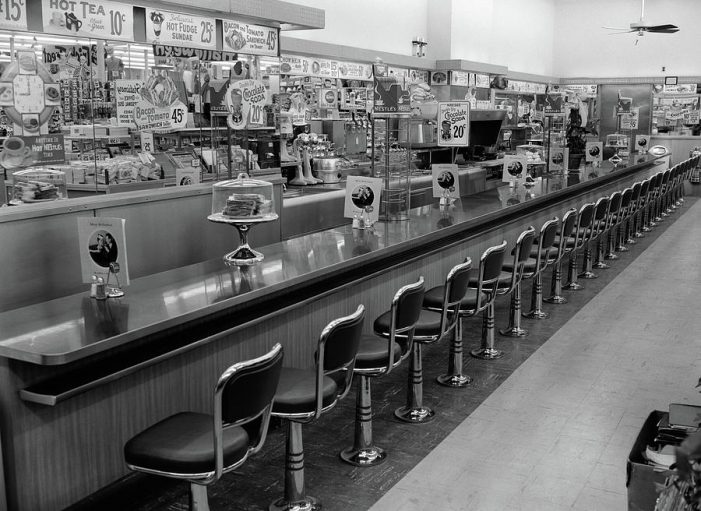 A typical counter of a Woolworth’s Five and Dime. 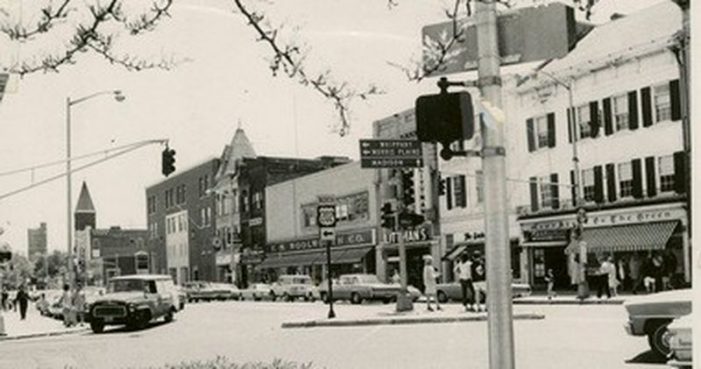 A rare photograph of the Woolworth’s Five and Dime, just off of The Green in Morristown.

Loneliness in life is often disguised with a smile, a song in one’s voice, and a happy go lucky attitude. Yet, the truth of the matter is that often times, the people who seem so happy on the outside, are actually very lonely on the inside. One such person, who fit this scenario, comes to mind.

Sheila worked as a counter waitress at the old Woolworth’s Five and Dime, just off of The Green in Morristown. She would often hum old hymns, while cleaning off her infamous counter. It was a world of piping hot coffee, cheeseburgers, and soda. And, there really was nothing that could be compared to the counter at Woolworth’s. It wasn’t a diner, it wasn’t a full-fledged restaurant, and it was not a fast-food place. It was the one and only, Woolworth’s counter. And, Sheila was the Queen Bee of the entire operation.

Sheila was 64 years old. On the outside, she seemed tough as nails. But, as you got to know her even a little bit, it became apparent that she was a most sensitive soul. I first met Sheila in the Winter of 1988. I was 34 years old and had just began working in the Public Relations Department of AT&T on Mount Kemble Avenue.

I can’t remember why it was that I first went into the Woolworth’s that fateful day in early January of 1988. Something drew me there. Perhaps it was to walk down Memory Lane, one lunch hour. To go back to a simpler time, when I was a child and my mom and I would go to the Woolworth’s Five and Dime. Mom would always buy me a little toy there. I remember that I ate lunch at the counter, after walking about the store, that strange and bewildering day in early January of 1988.

I ordered a grilled cheese sandwich and a hot cup of tea. The grilled cheese came with a handful of potato chips and a slice of pickle. I remember all so well, that the counter wasn’t all that busy that day. So, I had a chance to talk to Sheila. Small talk. She asked me where I worked. I told her at the AT&T office on Mount Kemble Avenue. When I finished my grilled cheese and took my last sip of hot tea, Sheila simply said to me, “come visit us again, sometime.” I told her I would.

Well, whatever it was that first drew me to the Woolworth’s, called me back. Sheila’s kind words of “come visit us again, sometime,” haunted me. So, I found myself returning, time and again, to the infamous Woolworth’s just off The Green in Morristown.

In due time, Sheila shared her story with me. I looked to her as a kindly aunt. Something about Sheila, touched the inner chambers of my heart center. I found it fascinating that this woman who had been granted a bad hand of cards in life, was all so happy and cheerful as she served one person after another, coffee and sandwiches.

Sheila lived alone in an apartment. Her husband had passed away when she was in her early forties. She had married a gentleman who was considerably older than her. Her son, her only child, was killed in a car accident when he was in his early twenties. I never asked Sheila questions, I would just simply listen to her stories.

At the time, I was blessed to have my columns and articles published in a regional weekly newspaper that was circulated in my hometown of Lincoln Park and surrounding communities. After having had lunch at the Woolworth’s a few times, I felt comfortable to show Sheila my articles. Sheila was a great source of encouragement to me. Her kind words about my writings, meant a great deal to me.

Weaving through the tapestry of Sheila’s life story, that she shared with me little by little, was the thread of her dream to retire at 65. Sheila’s birthday was in September, the same month as my birthday was. Somewhere along the line, of our friendship that spanned across the Woolworth’s lunch counter, Sheila told me that she was 64 and would be retiring in September.

I don’t know what it was. I really have no idea what inspired me. But a few days before Valentine’s Day, I bought a box of candy, with a card for Sheila. To this day, I don’t know what inspired me. It wasn’t that I was looking to date Sheila. But rather I just wanted to bring a bit of sunshine and kindness into Sheila’s life. For she often told me that I reminded her of her late son.

In 1988, Valentine’s Day fell on a Sunday. So, I gave Sheila her box of candy and her card on the Friday before Valentine’s Day. It worked out kind of nice, because on Fridays my boss would always let me have a little extra time on my lunch break. However, I do need to note that I earned every minute of that privilege, for I would often eat lunch at my desk, while I was working to meet a tight deadline.

Sheila almost cried when I handed her the box of candy and the Valentine’s Day card. She apologized for not getting me anything. It was truly a heart-felt moment. Sheila then told me that she hadn’t gotten a Valentine’s Day gift and card in ages. Then I ate my grilled cheese sandwich, sipped me tea, and wished Sheila a happy weekend.

In September of 1988, Sheila did retire from Woolworth’s. I went into the Woolworth’s one time after she retired. It was all too sad, not to see Sheila happily bring the customers their lunches. No longer was there someone working behind the counter, singing the old hymns. A sadness echoed at that lunch counter.

I was never to see Sheila again. I didn’t even know the town that she lived in. I never even knew her last name.

Sometimes the loneliest person has a big smile on their face. They seem so happy go lucky. They create an illusionary aura that their life is one big bowl of roses. But the truth is that they are crying on the inside. Sometimes we need to take the time to really listen to another person’s story, to really care, to have compassion. For we may well be the only person who has shown them a bit of kindness, in a long, long time.

Richard Mabey Jr. is a freelance writer. He can be reached at richardmabeyjr@hotmail.com. Please put on the subject line: A Valentine’s Day Story.