As Miller’s Hill Farm Gets Closer to 100 Years, the Next Generation Ready 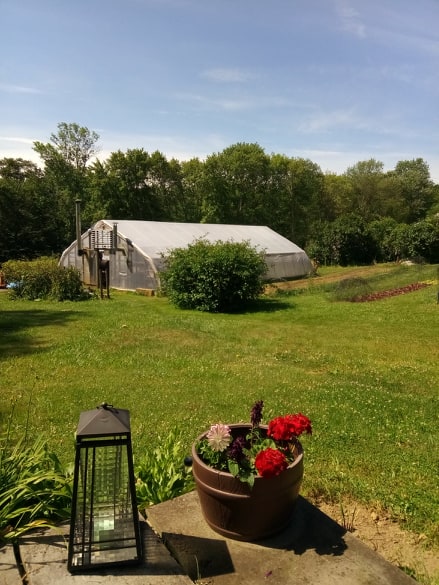 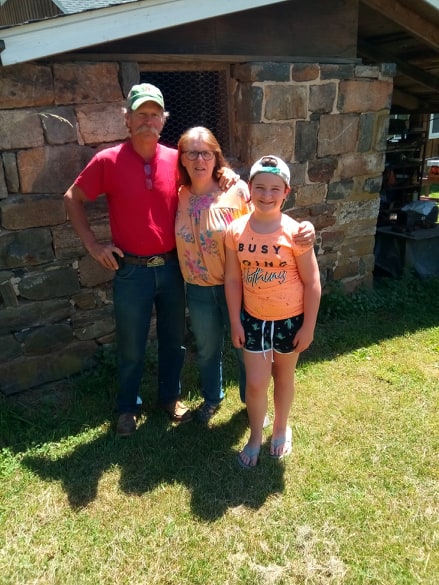 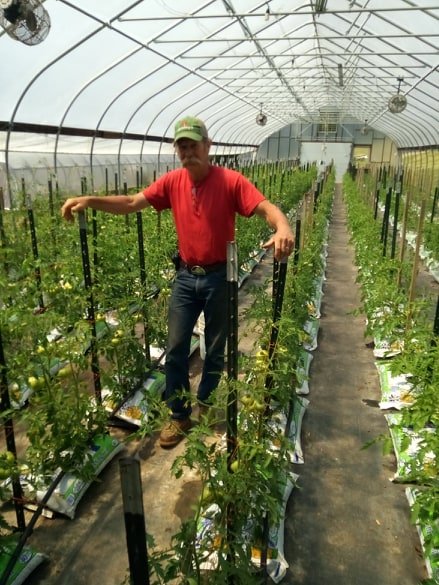 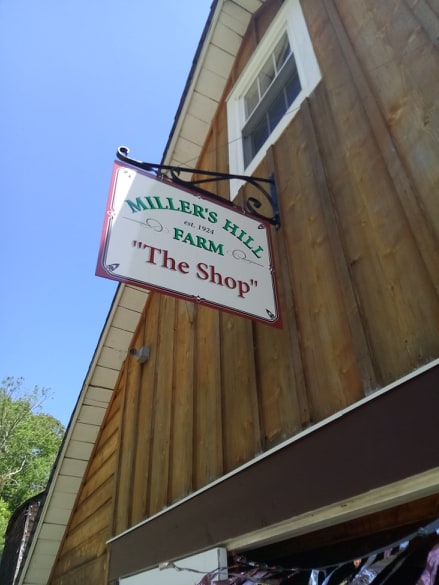 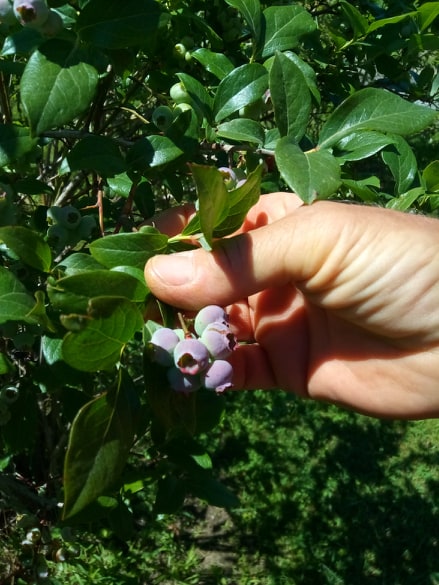 John McAndrew III and his wife, Ruth (nee Miller), sit peacefully behind the house they call home, a lively and spry chipmunk nearby scurrying quickly into a tiny hole in a patch of hilly ground.

The property has been in the family’s hands since 1924, and as you sit with the couple you feel memories abounding around you, hear voices from the past.

Miller’s Hill Farm grows tomatoes; plenty of them. Blueberries, too, and corn. Chickens, four cows, and a host of pigs call an adjacent barn home. Even offered is the occasional hayride and pumpkin buying in the fall and Christmas trees for sale, but the McAndrews prefer to live by their motto, “A true Family farm.”

There is much history here “on the hill,” which sometimes John loves to talk about. One house on their property even dates back to 1735.

“There was a man who took this place and built the front porch,” says McAndrew, “built this back room, put

plumbing into this, created a dairy farm. There was another generation that came in and got farmland assessment, bought another piece of property and did all this, so I know the work that went into it, and I would just love to have a conversation with people. I want people to come here and say, “This is a piece of history. This is an old house. This is an old barn; this is pre-revolution.”

Miller’s Hill Farm was begun as a dairy farm after purchase in the early 1920s by Theodore and Ruth Miller. After the first decade, when hay and corn were produced to feed the dairy cattle, the local creamery closed, and farm turned its focus and added beef to hay and egg production. Eldest Miller daughter, Ruth, returned to the farm in 1970 with her husband, Col. Jim Dorney, and began the project of getting the farm into farmland assessment, which was completed in 1972. Ted Miller, the youngest of the Miller children, also at this time returned to the farm with his children, and with the help of his son in law, John, the farm segued into vegetable production, and continues to

expand. An onsite former blacksmith shop was converted into a produce market, and now with 86 of its 93 acres preserved, John and Ruth continue to oversee production on the hilly farmland.

Miller’s Hill Farm often participates in community events, especially taking part in a Facebook group called FLAG. Ruth started the Randolph, Roxbury, Long Valley group with her friends, and it stands for “Front Line Appreciation Group. “It was started in March in Madison and Chatham, and that was the first chapter – I think there’d like 10 or 15 in New Jersey – and what we do is collect donations from the community and we buy food from small businesses and give them to essential workers. A lot of the groups focus on the acute care hospitals, but our groups focus on nursing homes and assisted living.” Miller’s Hill Farm especially works with nearby Ort Farms in

Long Valley, both sides donating fruits to nursing home staff and, in the past, rescue squads.

Ruth McAndrew is a third-generation farmer, her and John’s children fourth generation. Granddaughter, 10 year old Shannon McNulty, will be the fifth generation to oversee historic Miller’s Hill Farm, she hoping to grow and apple and peach orchard in a field up the road from the farm, her green thumb currently producing marigolds and zinnias. Ruth sees a lot of herself in Shannon. “Yeah, oh yeah,” she says. “She’s kind of rough around the edges, has a spark to her. She’s only 10, but she’s a good thinker.”