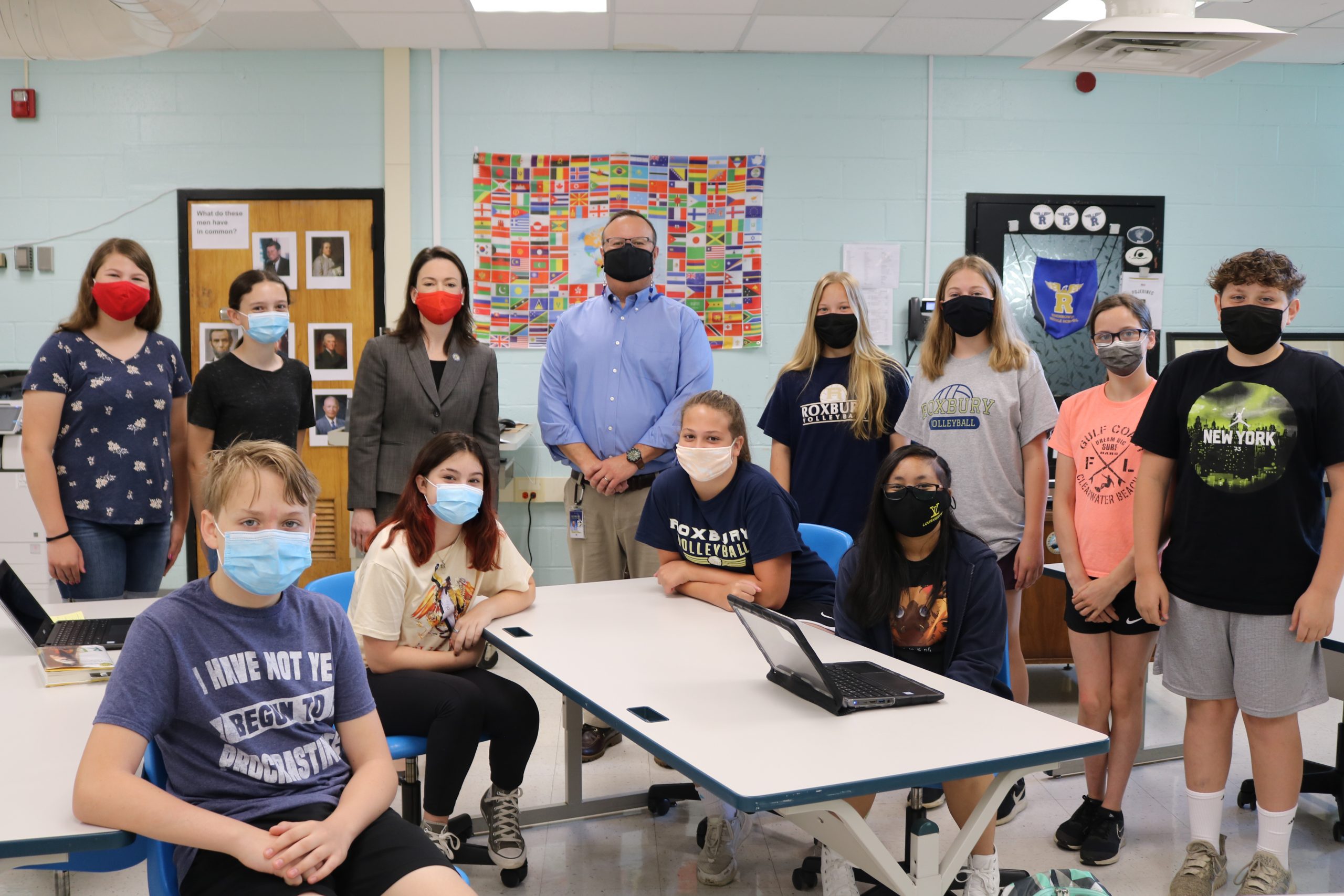 Seventh graders in Dan Pojedinec’s American Civics class at Eisenhower Middle School have been studying the three branches of government. In a previous class, they covered State government. As a way to tie in their studies of the legislative branch, Projedinec invited special guest speaker Republican Assemblywoman Aura Dunn from the 25th district which covers parts of Morris and Somerset counties to speak with his block 2 class on Wednesday.

“Assemblywoman Dunn was appointed to fill the Assembly seat vacated by now Senator Anthony Bucco in 2019 and a year later won the special election in the 25th Legislative District,” according to NJAssemblyGOP.com.

She spent about an hour with the class, first sharing a little bit about herself, her position as an Assemblywoman, and some of her committee assignments such as health and human services and children’s policy. Following her presentation, she conducted a Q&A session with the students who had come with prepared questions that covered topics such as how it is being a role model for younger women being only the second female Assemblywoman, the most important attribute of successful leaders today, the biggest risk or sacrifice she took to get to where she is, etc.

Assemblywoman Dunn’s presentation and the Q&A were recorded to be shared with Pojedinec’s remaining seven Civics classes.

Assemblywoman Dunn also bought packets to distribute to the seventh-grade students which included what a legislature does, how a bill becomes a law, and facts and trivia about New Jersey.