Back to the Roots: Meet The Sharing Project 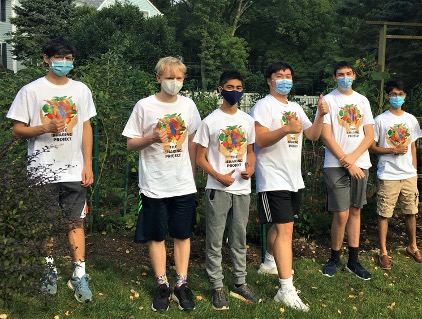 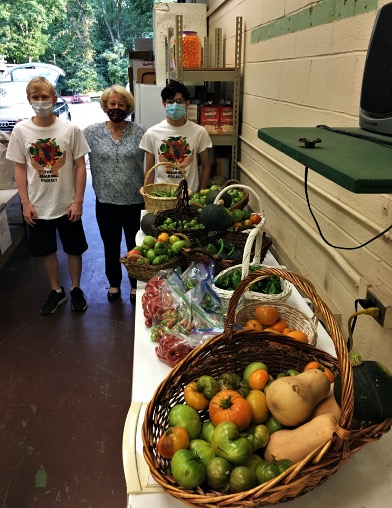 What can a group of high school students do to help their community in need during times of uncertainty? When the COVID-19 pandemic hit, the situation of many families in the local neighborhoods took an unexpected turn. One group of local high school volunteers spearheaded The Sharing Project, an initiative at the intersection of community support and sustainability, to help families in need who have been impacted by the pandemic. The goal is simple—cultivate healthy, organic produce, and offer the harvest to affected families and individuals. To this group of young volunteers, it was not only a way to reach out and lend a helping hand—but also to be closer to the earth and understand the farm-to-table process, by collaborating with local growers and tending to the gardens themselves.

At the roots of the project is an ambitious goal of one student founder, and the collaborative effort of a lasting friendship. Matthew Borinshteyn, a senior at West Morris Mendham High School (WMMHS), founded the The Sharing Project in early 2020, with classmate Matthew Goldgirsh. The two reached out to local food pantries and the school garden supervisor to jumpstart the project. They secured additional produce for distribution from farmers and local gardeners to and gained guidance on the best harvest for the upcoming season.

The efforts did not stop at their private gardens. As the project became more well-known, residents started reaching out with ideas and suggestions. With the help of Mendham resident Carol Hunsicker, the two learned essential gardening skills and obtained two plots of land in the Chester Community Garden and the Ironia Elementary School garden (Randolph). They were soon partnering with the Garden of Hope at the Community of St. John Baptist and gathered a team of student volunteers to help tend to the six gardens, raise funds, and deliver the produce.

By June the team donated fresh produce as often as once a week during peak harvest in August and early September, supplying several hundreds of pounds of produce to Chester Mendham Food Pantry (CMFP) pantry (about 50 families) and 26 pounds to the Interfaith Food Pantry. The founders plan to expand the project to be able to feed families from both pantries next year.

“The most rewarding part of the initiative for me was when we donated our produce to the CMFP and I got to see firsthand how our hard work paid off and helped the community,” says Goldgirsh.

For Borinshteyn, the entire garden-to-table process is a source of motivation to escalate the team efforts. “I have learned a lot about growing different plants and how to grow the best and most plentiful produce in the space we are given,” he says, “I believe that this is the beginning of a long-lasting partnership of students, the gardening community, and food pantries to help provide healthy produce for families in need.”

For the core team of nine student volunteers, meeting up at the gardens has become a routine pastime despite the uncertainty of the pandemic. With social distancing easily maintained at the gardens, the teams of volunteers learned to efficiently take care of the crops, sometimes with help from their family members. During warm summer months, the volunteers tended to the gardens as often as every other day to maintain a frequent watering schedule.

“I learned a lot about gardening, including the processes and handwork that’s dedicated to taking care of the plants,” says volunteer William Wang, a senior at WMMHS, “Witnessing the plants grow is a very accomplishing feel.”

The aspect of sustainability and health also drew student volunteers to the cause. The produce, grown mostly from heirloom seedlings, is cultivated by hand with zero pesticides.

“I understand the importance of organic produce more than ever,” says Michael Churikov, a senior in Morris Knolls High School who oversees the garden at Chester, “New technology is making way for more GMO and processed foods but growing organic fresh produce in a local garden is an important step to keeping our local communities healthy.” The original goal of the project was just that—help ensure healthy nutrition to those who are struggling by cultivating a closer connection to the earth.

Keeping the momentum alive through fundraising involves teamwork. The volunteers sold vegetable seedlings and plants and ran bake and t-shirt sales to raise funds for their work. “Throughout the project I have learned to communicate well with strangers to promote our cause, such as during the fundraisers,” says volunteer Geervan Bhattacharjee, a senior at WMMHS, who is managing the plants at the Hunsicker garden with his brother Gairick. The team was able to raise over $1,000 for covering the costs of fresh produce purchases from farmers during planting season, gardening supplies, and developing the project to the next level.

What’s next for The Sharing Project? Having collected and donated a successful harvest, even bigger goals are ahead for the team. More volunteers have already joined to help build a new dedicated The Sharing Project garden as well as ensure the continuity of the effort after the current volunteers enroll in college next year. Borinshteyn plans to register the project as a non-profit organization and release a cookbook of healthy recipes for use with locally grown produce.

The Sharing Project is more than just an extracurricular activity for these student volunteers. It has become a way of life which involves collaboration and patience. Waiting for the vegetables to sprout and grow, cultivating them, tending to them, and finally delivering the ripe and delicious tomatoes, cucumbers, zucchini, lettuce, squash—even watermelon!—and many more to the families in need… it is a simple process, and teaches us to be closer to the earth, and to each other.