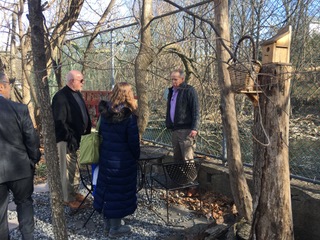 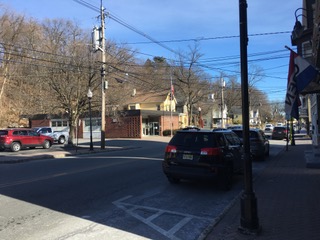 The Borough of Bloomingdale recently received a $70,000 grant from the Highlands Council to support a three-step Sustainable Economic Redevelopment Plan to revitalize its downtown Main Street area.

The Borough applied for the grant. 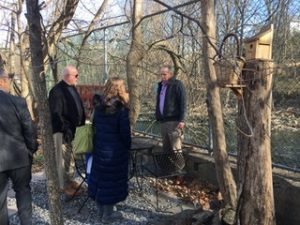 Mark S. Lohbauer, who is a principal for JGSC Group of Merchantville, New Jersey, and is in charge of the group’s field work and supports their analysis, says, “When you think about how traditional downtowns like Bloomingdale evolved over the years, they really happened by accident. Businesses would tend to show up at intersections that were popular, where you had a lot of traffic because merchants would think, ‘That’s a great opportunity for me,’ and then other merchants would join in. In this case, what we’re trying to do for Bloomingdale, is take a very deliberate look at what their economics are based on, what kind of opportunities they have, who’s actually coming into the downtown and using it, what do those people think about how it works, what would make it work better for them, and then we’ll come back to them with a plan as to what we think they should be doing in a very proactive and deliberate way to grow their business. We call it growth by choice rather than by chance.”

Tanya Rohrbach, Community Planning Manager for New Jersey Future in Trenton, New Jersey, agrees that “sustainable” is a key word. “What we’re trying to do is think of a more sustainable economic development as one that sort of relies on redevelopment – the town center, so that it’s walkable, makes it a really vibrant place where people really want to be. We want to look at establishing that sense of place in Bloomingdale. It’s a really great opportunity.” Rohrback and her team will be inserting a place-based component into the market analysis. “A lot of times that’s a missing component in recommendations for economic development. We’re going to be engaged in interviews, surveying, but also doing a land use analysis to assess that community component of community design and form.“

The process will be in three stages. The first step involves community engagement, interviewing stakeholders, and doing a town-wide survey online, which should begin later this month and take three to four months. The second will be the New Jersey Future analysis, which will take up to two months, and step number three, developing the strategic action plan, using all information gathered and understanding what it all means, should take two to three months.

“Bloomingdale’s goals for growth and downtown revitalization are very closely aligned with the goals of the Highlands RMP (Regional Master Plan),” says Highlands Council Chairman Carl Richko in a press release. “The RMP seeks to direct growth to areas where development already exists and away from less developed areas. Sustainable economic development and redevelopment plans like the one we are funding for Bloomingdale directly address the prevention of continued sprawl across our remaining farmlands and open spaces.”

Bloomingdale Mayor Jon Dunleavy is excited and envisions a grand new Main Street. “The Borough would like to thank the Highlands Council for funding our $70,000 Main Street planning Grant. The Borough is excited and committed to investing and improving our downtown area.”