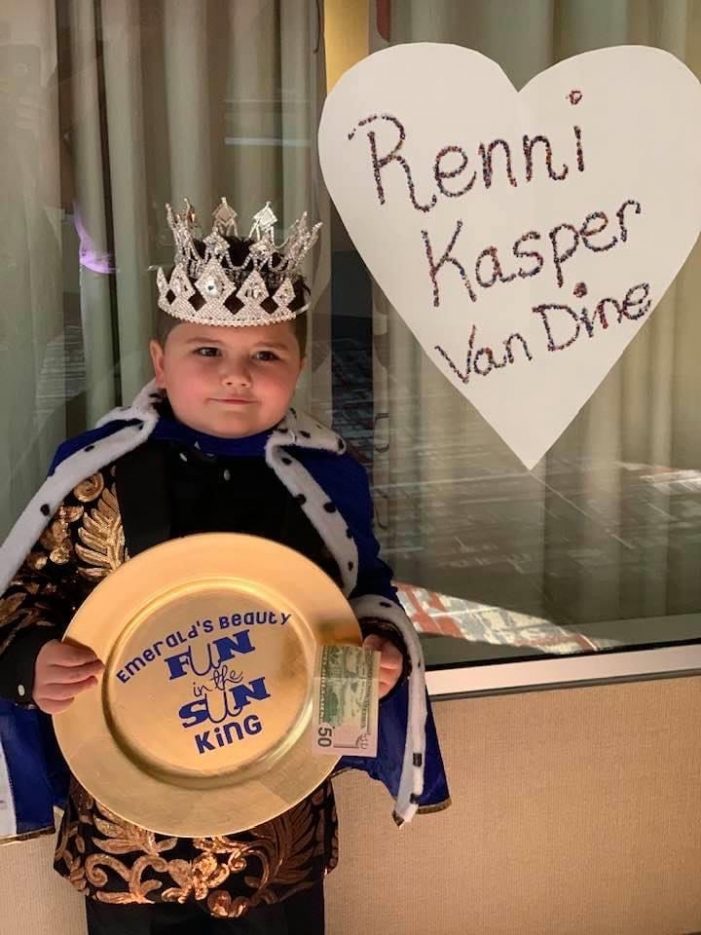 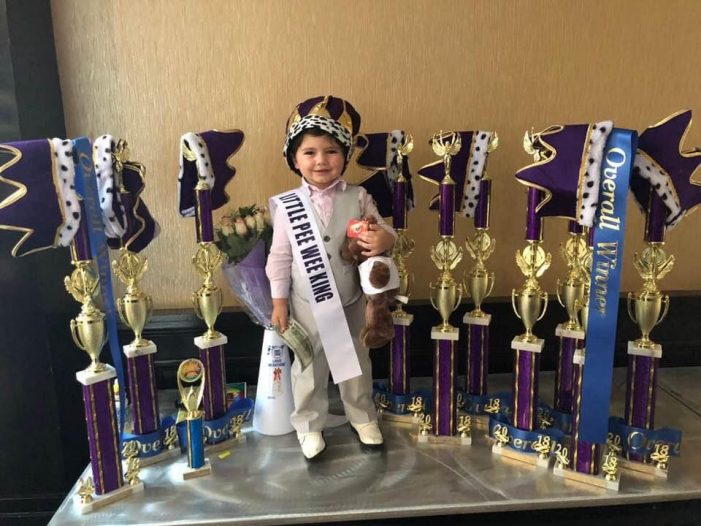 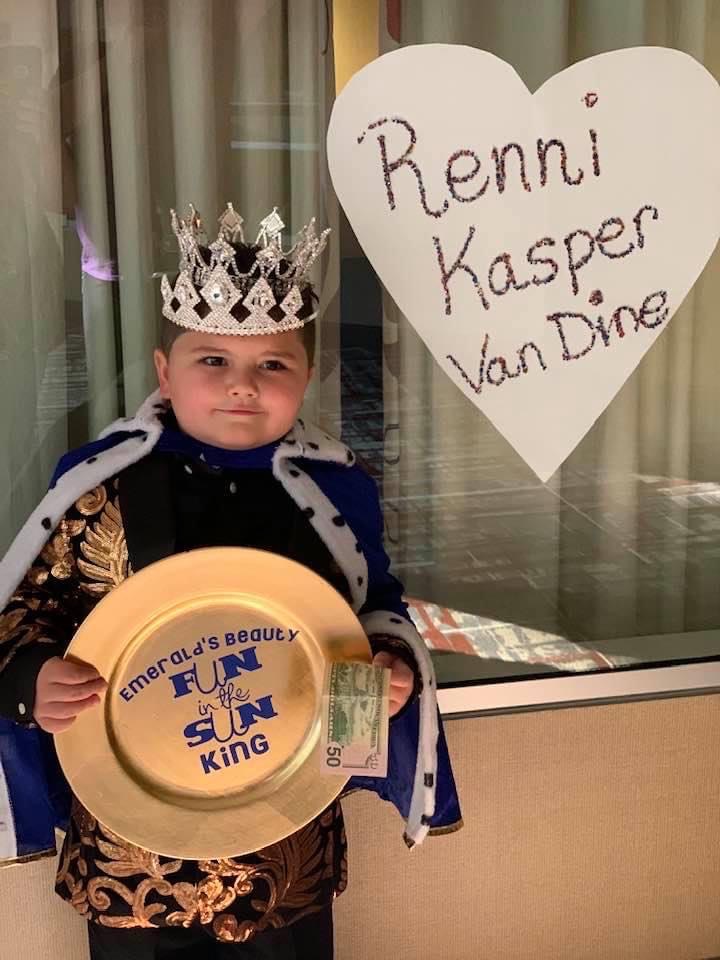 The Van Dine children of the Budd Lake section of Mount Olive have made it a habit of entering and being successful in pageants.

“We’ve been doing pageants with my other children since they (Ashley and Alyssa) were little,” says Elsia Van Dine, mom of the two girls, who came out on the winning end in many of those they entered.

Enter 5-year-old little brother, Lorenzo (better known as Renni Kasper), who himself is now garnering success in pageants. “He’s been doing pageants since he was about 8 months old,” says Van Dine.

Renni’s latest win was the Secaucus, New Jersey-held “Emerald’s Beauty Fun in the Sun” pageant. He competed in Beauty and Swimwear categories and won Supreme King over all other contestants. Only 32 contestants took part, COVID19 the reason for the limited number, which normally can climb to as much as 100.

Per Van Dine, her son “Loves it” when he enters another pageant. “He loves doing it and he enjoys it, and he’s trying to save for college with money (from his wins), so we’re putting it away.”

For Renni, who also tap dances, plays soccer and baseball, does karate, and is a member of the Little Gym, his success is astounding. He has competed in 18 pageants, winning all but one. He has won roughly $600 in cash, as well as 32 trophies, 14 Crystal crowns, 25 King crowns, 15 King sashes, one King cape, and 30 medals.

Van Dine mentions that Renni is also regularly active in his community. “He made gifts in the beginning of COVID and took them to the police department for every officer there. He also helps out the elderly neighbors, seeing if they need anything, and he helps walk other people’s dogs. If he sees anyone that needs help, he tries to step in and help them out if he can. He is a very polite child, has very good manners. Everyone he meets, even adults, are drawn to him for some reason.”

Renni’s taking part in the national pageant competition was canceled this year, and the Van Dine family also entered the oft-winner in a July/August 2020 international competition. COVID19 forced the former to a virtual setup which Renni did not take part in, and he was unable to attend the latter. For now, Renni’s next plans are on entering an October 2020 pageant with a Halloween theme, “Emerald’s Beauty Spooktacular.”

“He’s a very active child,” says Elsia Van Dine of Renni. “We try to keep him busy. He loves it all.”