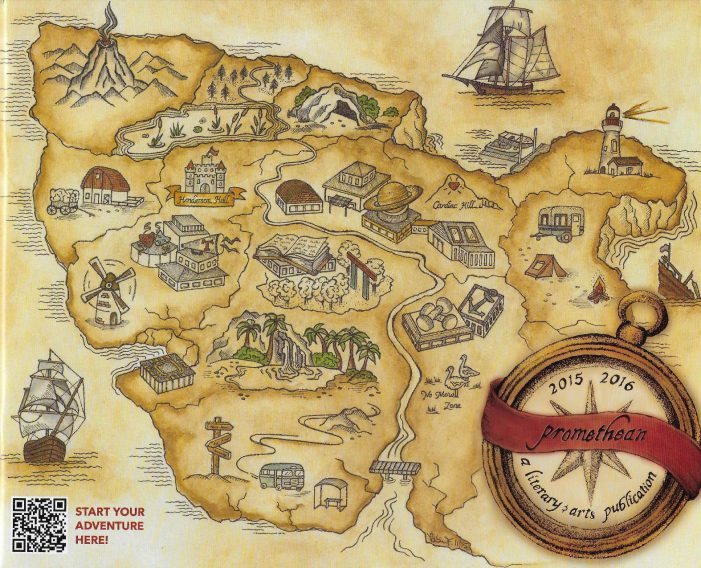 The Promethean, the award-winning County College of Morris (CCM) student art and literary magazine, once again has continued its dominance in both the American Graphic Design and American In-house Design awards competitions.

The two awards programs, which place the student-produced publication against work produced by major design firms, are sponsored by Graphic Design USA, a monthly trade publication for graphic designers.

In the 2016 American Graphic Design Award competition, the 2015-16 edition of Promethean secured a gold award in the Publication category. This is the 12th consecutive year the student publication has been selected for this award. Of the nearly 10,000 entries submitted, only 15 percent were selected for the award.

In the 2016 American In-house Design Award, the 2014-15 edition of the magazine won a silver award in the Publication category. This is the fifth consecutive year the student publication has been honored with that award. About 6,000 entries were submitted and 15 percent of the entries were selected for the award.

The Promethean was judged against work produced by professional designers, as there are no student-only categories.

“I am very proud of our students,” says Kathleen McNeil, adjunct professor of design at CCM who serves as faculty advisor for the publication. “It’s nice to receive this national recognition for the quality of the visual and literary work produced by CCM students.”