CCM to Hold Auditions for Spring Musical “Guys and Dolls” 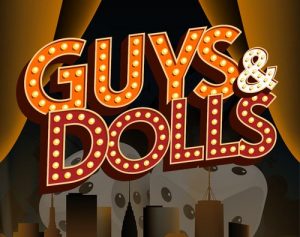 The County College of Morris (CCM) Department of Music, Performing Arts & Music Technologies will be holding auditions this month for its spring musical hitting the stage in April.

The classic romantic comedy “Guys and Dolls,” set in depression-era New York City, tells the story of the notorious Nathan Detroit, who needs a new place to run his high-rolling crap game. Hoping to win the money to secure a prime location, Detroit bets big-time gambler Sky Masterson that he can’t win the affections of local missionary Sarah Brown, and later finds himself falling in love with her. The production, directed by Professor Marielaine Mammon, is based on the book by Abe Burrows and Jo Swerling, with music and lyrics by Frank Loesser.

Auditions for “Guys and Dolls” will be held Tuesday, January 25, at 6:30 p.m. in CCM’s Dragonetti Auditorium, located at 214 Center Grove Road in Randolph. Callbacks will be Thursday, January 27, at 6:30 p.m. Along with students, casting is open to adolescent and adult members of the general public. Those auditioning should prepare a short and appropriate musical selection and bring sheet music for the accompanist. Comfortable attire and shoes for movement are suggested for the dance portion of the audition. Masks are required to be worn while on campus.

“Guys and Dolls” will grace the Dragonetti Auditorium Wednesday, April 6, through Saturday, April 9, at 7:30 p.m. General admission tickets will be $15. CCM students, alumni, children under 12 and seniors over 62 can purchase tickets for $12.
To learn more about the Department of Music, Performing Arts & Music Technologies at CCM, go to https://bit.ly/CCM_Performing_Arts/.