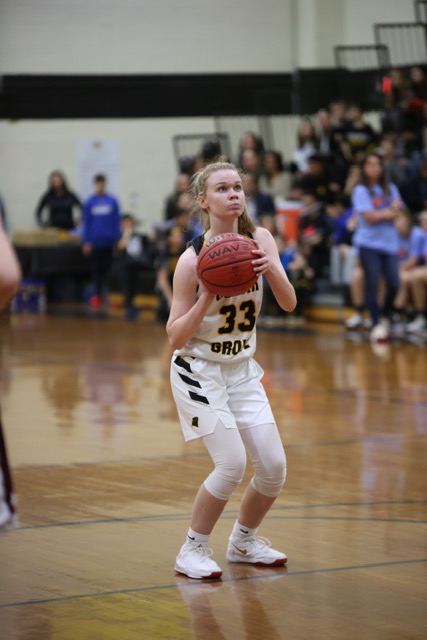 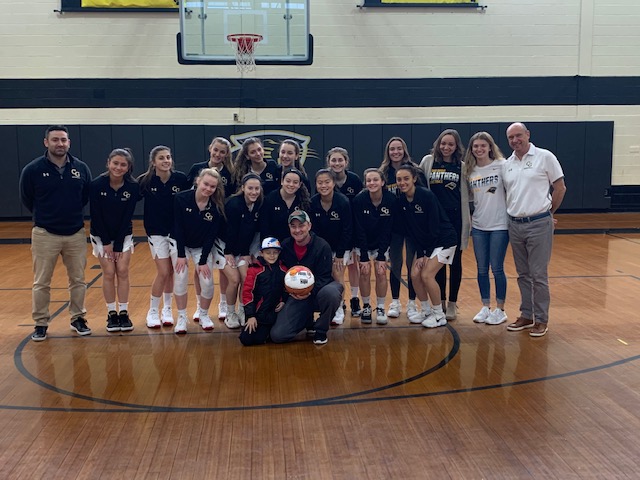 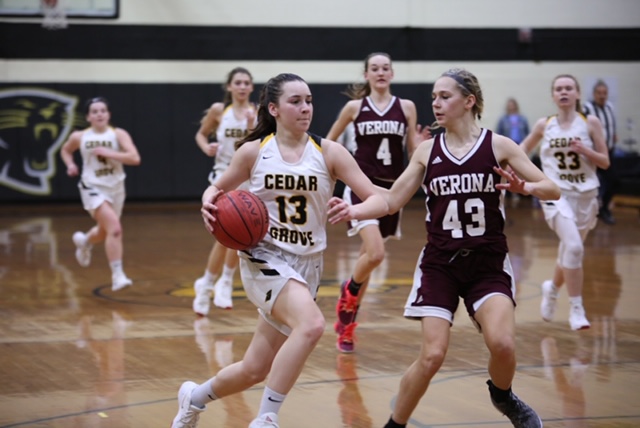 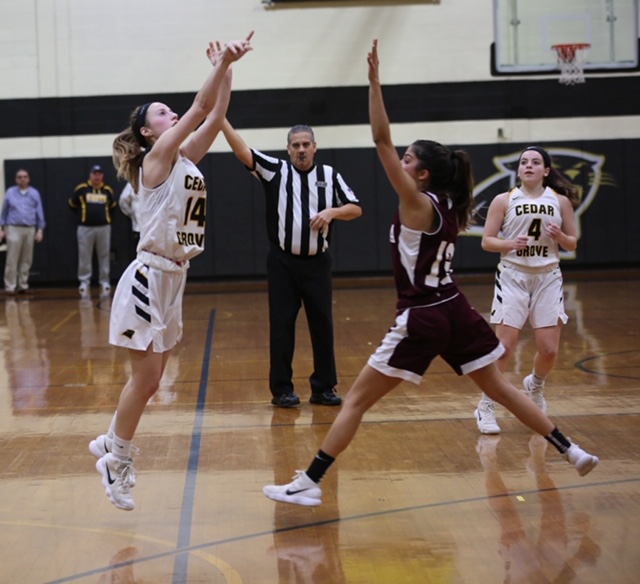 The Cedar Grove Girls’ Basketball team won the 2020 Hoops for Hope tournament game but the real motivation behind it was raising money for Nicholas Storms, a second grader at South End School who has been diagnosed with kidney cancer.

Hoops for Hope started in 2016 as a way for township resident Elyse Fearon to raise money for cancer research as a way of honoring her father Bill Fearon, who died of brain cancer that same year after the first tournament game was played.

The game has grown in popularity over the years. It has raised money not only to honor Bill Fearon, but also to help other individuals and families who are battling some type of cancer.

“I created this game with the hopes that it would continue for many years,” said Elyse Fearon, now a junior oncology nursing major at Caldwell University. “Each year, the team is able to choose an organization that means a lot to them.”

Fans filled the stands at Cedar Grove High School for this year’s game, which was played on Feb. 25, and watched the close matchup between the Cedar Grove Panthers and Verona Hillbillies Girls’ Basketball teams. Some rooted for Cedar Grove and others rooted for rival Verona. Everyone, however, rallied in support of Storms in his fight against cancer.

Cedar Grove won 47-42 in overtime. Verona took the lead late in the game and then Cedar Grove hit a 3-pointer to tie the game, which sent it into overtime.

Since they are rivals, the Cedar Grove and Verona Girls’ Basketball teams play against each other every year during the Hoops for Hope tournament game. The game alternates every year between being played at Cedar Grove High School and Verona High school. Each year, the home team chooses the person, family or charity to raise money for, which is usually focused on but is not limited to, cancer awareness and research.

So far money raised over the years through the tournament has benefitted cancer research and is currently helping families like the Storms family.

“We raised money for the John Theurer Cancer Center [in Hackensack] and now it’s benefiting the foundation,” said Elyse Fearon, now a junior at Caldwell University and an oncology nursing major.

Elyse Fearon interned at the John Theurer Cancer Center last summer which is where her dad received chemotherapy.

“During my internship, I spoke with some of the nurses and doctors who cared for my dad,” she said. “They are saying that the clinical trials for my dad’s cancer are now working and are having higher success rates.

“I will always be thankful for Hoops for Hope and how we were able to contribute to at least a little bit of that,” Elyse Fearon said.