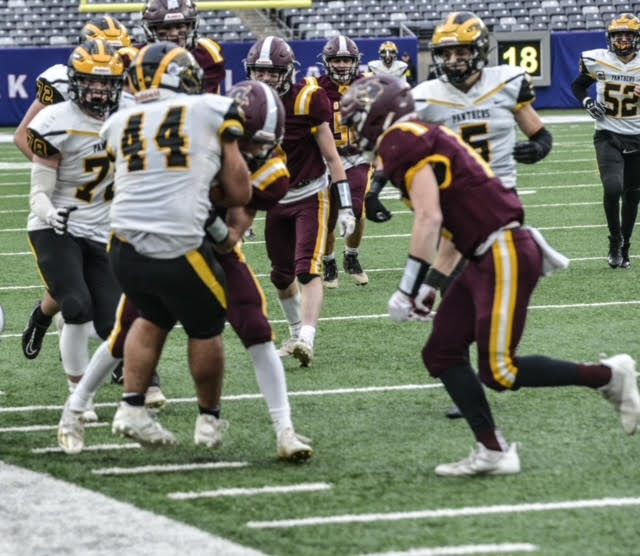 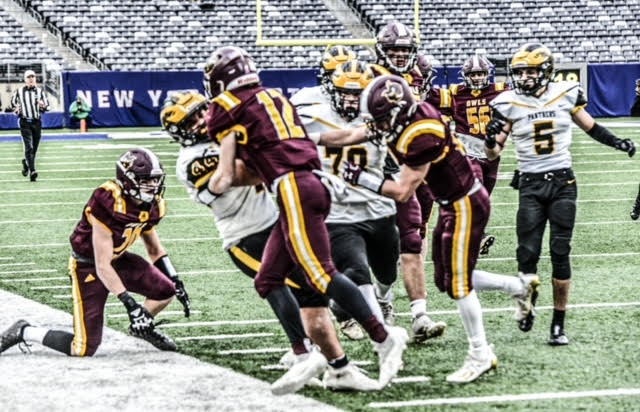 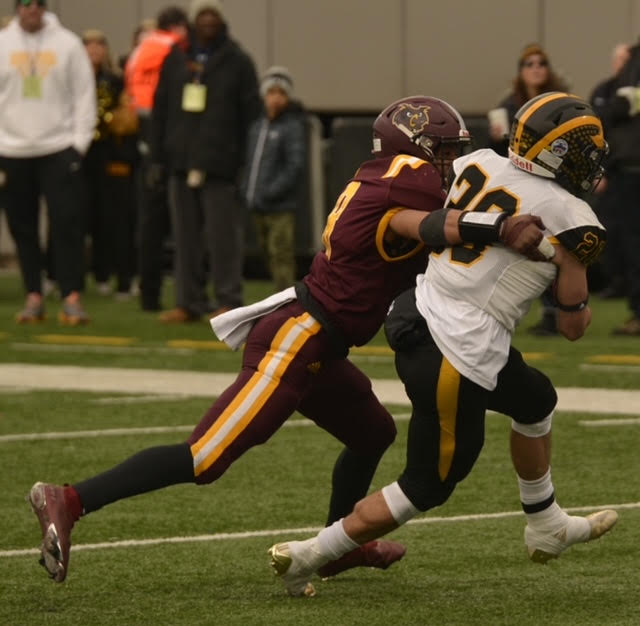 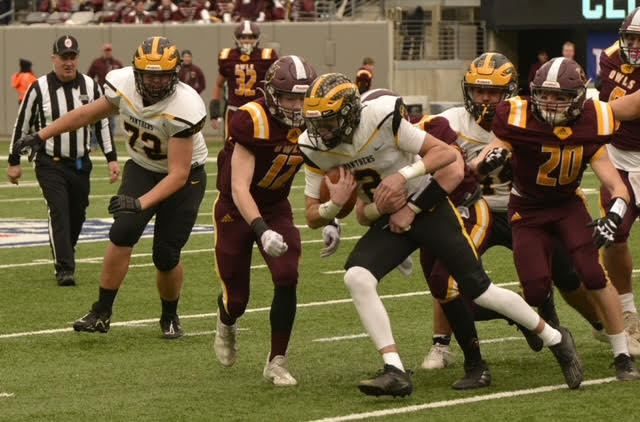 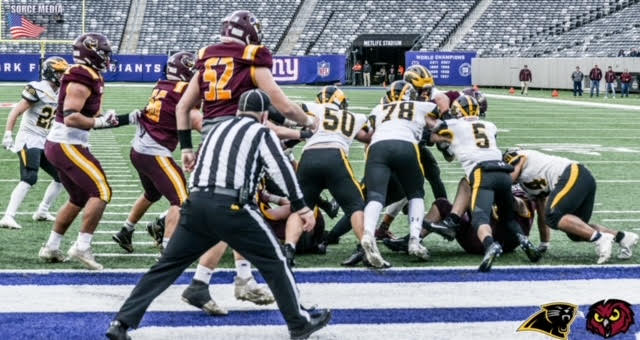 Pictured are items from the North 1 Regional Championship game on Nov. 26, 2021, at MetLife Stadium where the Cedar Grove Panthers played the Park Ridge Owls for the state title. The Cedar Grove Panthers defeated the Park Ridge Owls 13-12 in the North 1 Regional Championship, Nov. 26, 2021 to become state champions. The Panthers finished the season 12-1. 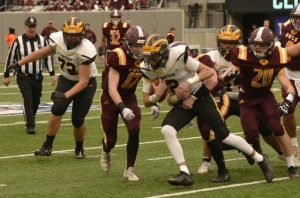 The 2021 football season will be one the Cedar Grove Panthers won’t forget.

The season began amid the COVID-19 pandemic and just as Tropical Storm Ida slammed New Jersey with treacherous winds and floodwaters the evening before the team’s opening game against University High School in Orlando, Fla., which the Panthers went on to win 24-12.

Their winning streak didn’t stop there. The team continued to play hard through every game and with player injuries such as seniors Mike Marinelli and Nick Coletta fighting off ankle sprains to finish off the season with a 12-1 record and a North 1 Regional Championship win against the Park Ridge Owls at MetLife Stadium on Nov. 26, 2021. 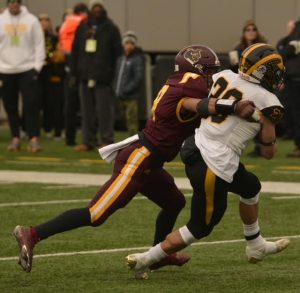 things went into the game to get there. They stepped up and played their best and I’m super proud of their team effort.”

The championship game was a nailbiter to the very end. Late in the game, the Cedar Grove defense made a couple of big stops on their own goal line to stop Park Ridge from scoring. When the Panthers got the ball back, senior Patch McCarthy made a big catch and ran nearly 40 yards to almost the Park Ridge 30-yard line.

That catch set up the ending play of the game when senior quarterback Alfonso Lombardi threw a touchdown pass to Nick Iannacone to tie the game at 12-12 with a couple minutes left to play. Christopher Babcock then kicked for the extra point to put the Panthers up 13-12 for the win.

“In the fourth quarter, I looked into every senior’s eyes and I knew we were not going to lose,” said senior captain Nick Christiano. “We’ve been fighting for this for four years. I told the team to just go out there and give it all you’ve got.” 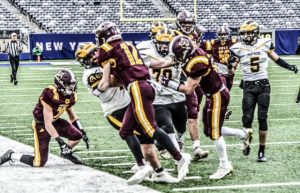 Christiano played defensive tackle and left guard during the season. He, like the other 11 seniors on the team, wanted to finish out their high school football careers with a championship win. When they were sophomores two years ago, they lost in the sectional finals. In 2020, they didn’t have an opportunity to compete in a playoff season because a national uptick in COVID-19 cases cancelled playoff games for all high school football teams throughout the state, among other sports.

“Some of the seniors who played in that sectional final still had a little bit of a bad taste in their mouths from it, wanting to get back in the game and win it,” Gogerty said.

Parents, siblings, friends, and teachers supporting the Panthers packed into MetLife Stadium on Nov. 26, 2021, to watch them take on the Owls during the North 1 Regional Championship game.

The energy level was high that night as the Cedar Grove fans excitedly cheered for their team.

Senior captain Matt Duarte, who plays center and defensive end, said the team’s mindset going into this game as 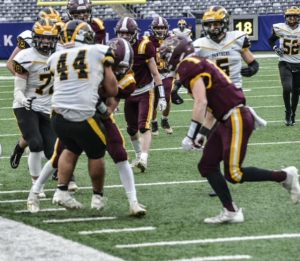 well as every other game this season was to “bend but don’t break,” which is what the team did throughout that game.

“We got down around the half and we showed a lot of perseverance toward the end of the game,” said Duarte. “[The atmosphere in MetLife Stadium] was a once-in-a-lifetime feeling.”

Both Duarte and Christiano are unsure of their plans for next year as they start college, but they said when they leave Cedar Grove High School, they’ll always remember the fans who cheered them on and the bonds they formed with their teammates.

“This team was like a family,” Christiano said. “Since Day 1 of lifting, we would always go out with each other. No matter what we did, we were always together.”

“We would really push each other in practice, which would make our practices a lot harder and that would show in the games,” Duarte said.

This year’s team will lose its 12 seniors who will be graduating in June, but Gogerty said there is a good mix of current sophomores and juniors and there will be incoming freshmen who will fill the open spots on the team.

“We’ve built the team to have high expectations year in and year out,” Gogerty said. “That’s due to our players and guys stepping up and filling roles.”

Gogerty said he has three goals for next year: to get off to a good start, to win the first game, and to compete for a conference championship that will hopefully lead to a state championship.

“We have a good group coming back,” Gogerty said.