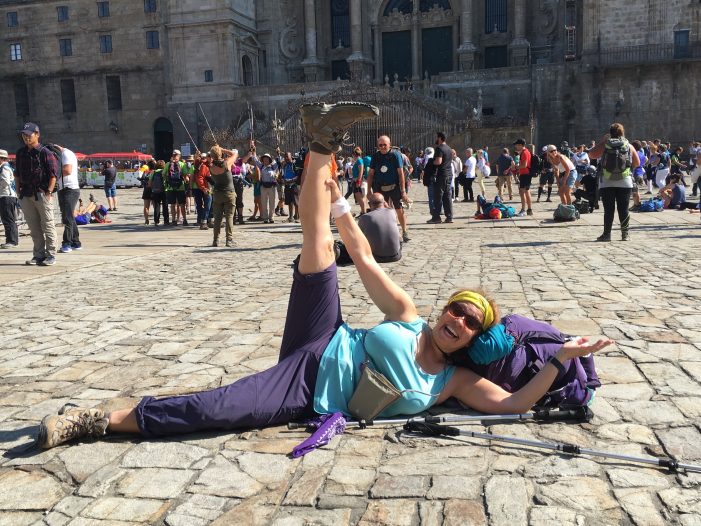 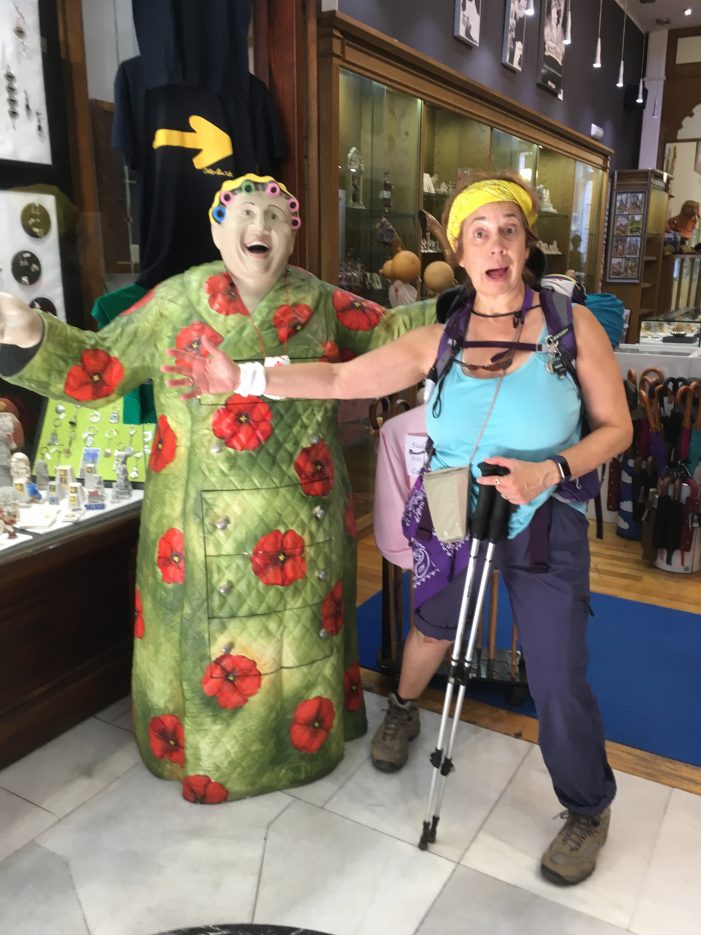 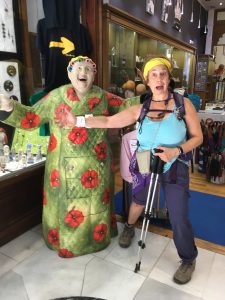 Celeste Mancinelli is most at home on stage, so it was only natural she documented the 200-mile hike she took through Spain, to the Santiago de Compostela as the authentic experience it was and couldn’t wait to share it with others.

COVID brought the theater world to a grinding halt, so the veteran performer (NYC: Nunsense, A Girl’s Guide to Chaos, My Big Fat Gay Italian Wedding/Funeral) wasted no time developing and rehearsing her poignant one-woman show, ‘Crying on the Camino.’

“My story details the unexpected hardships and joys I experienced during this trek,” says Mancinelli. “Hence the ‘crying’ refers to some of the agony endured along with the tears of accomplishment and joy with the final achievement of walking 200 miles (consecutively) — just me and my 12-pound backpack.”

According to the performer, many people do the walk for religious reasons but other reasons have emerged; including physical and mental challenge, and spiritual reflection.

The experience was a wave of emotions:

Challenging were the living conditions, “I was with two older women who were like warriors, never choosing the easy way out,” Mancinelli says. “I walked with Dr. Lynn Burnham Liptak (former principal who was my boss) and my sister Lauri Burnham Massey, who both have walked the trails a dozen or so times.”

And great was withstanding the physical and mental hardship of her eventual goal.

She was inspired to take on such a feat at a crossroads in her life, facing retirement as a speech/language pathologist.

“I loved that career,” says the performer. “But all the while I was aching to get back to my former theater career (member of Actor’s Equity Association) in New York City.”

“I made a choice to do something difficult (200-mile walk in a foreign land) to prepare for the difficult task of returning to theater after many years,” Mancinelli says. “Both choices seemed beyond reach but here I am.”

Wynn Handman (legendary theatre figure), her past director/teacher and mentor, with whom she had been studying for years — in 2019 helped her get there.

“It (Crying on the Camino) was conceived in his (NYC) studio — developed, encouraged, nourished and nurtured by him,” the performer says. “He kept turning to our workshop audience and saying, ‘do you want to hear more.’

“And that’s what you want; the audience should be on a journey with me. I should, I hope, authentically replicate my experience on the path.”

She says the beauty of it, even in COVID, is that it’s really an exercise in storytelling, as well as acting to be that intimate with your audience. And a theater experience unlike any she’s had because it combines all three ingredients — acting, singing and her life.

“Through him I began to explore not just acting in theater but creating it,” says Mancinelli. “Still, I had never seriously considered writing an entire evening of theater myself.”

The experience was truly transformative.

Sadly, Handman passed away from COVID. And she kept hearing, ‘Wynn is looking down, he’s so proud of you.’

“Ultimately, I dedicate this whole experience to him,” she says.

She continued developing, rehearsing and expanding her one-woman show with director Richard Sabellico.

And during COVID she was able to perform the full piece at area libraries that she says were nice enough to offer her their space.

She believes she was summoned to the Camino for a reason… and is now embarking on a new Camino, bringing this true account of her walk to the stage.

“The beauty is that it wasn’t with a direct goal in mind; it was to tell my story… but what has happened is that it’s grown from nothing,” Mancinelli says. “This piece is about minimalism and simplicity, self-reflection and honesty.

“In sharing this piece my goal is to inspire others to take their own journey — to fully live their own Caminos.”

According to Mancinelli, there’s a saying on the Camino, ‘The real Camino begins when the first Camino ends.’

“And that’s almost what it feels like,” she says. “I’m being propelled into a new world of promoting my own show that I never dreamed of doing.  And the joy is in the performing.”

This has led her on a very unexpected path and journey.

According to the performer, bringing her story to fruition has surpassed her expectations.

“I’ve performed all over the place but those are shows that are already written; this is my own piece,” says Mancinelli. “In a normal performance, you’re reinforced for your acting and singing, but to be reinforced for the words that you have written is a very powerful reinforcement for me.”

Next on tap  — auditions and working like all of her fellow actors.

She may have stepped away from the industry for a time but doesn’t consider this a “comeback.”

“I never left acting,” Mancinelli says. “Theater is in my soul. It’s something I was meant to do.”

Shows are scheduled for Sept. 19 at the Fair Lawn Library, September 30 at the Gateway Playhouse, and a special one night performance on October 7 at Theater 555 in Manhattan will benefit the American Pilgrims on the Camino non profit.

For more information or to make reservations, email crycamino@gmail.com.