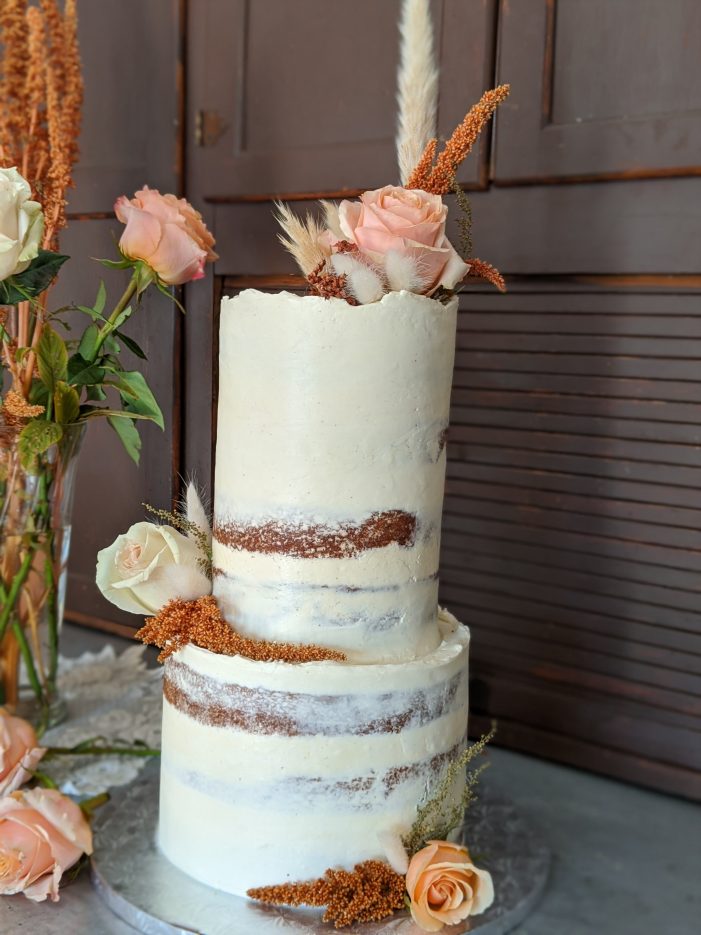 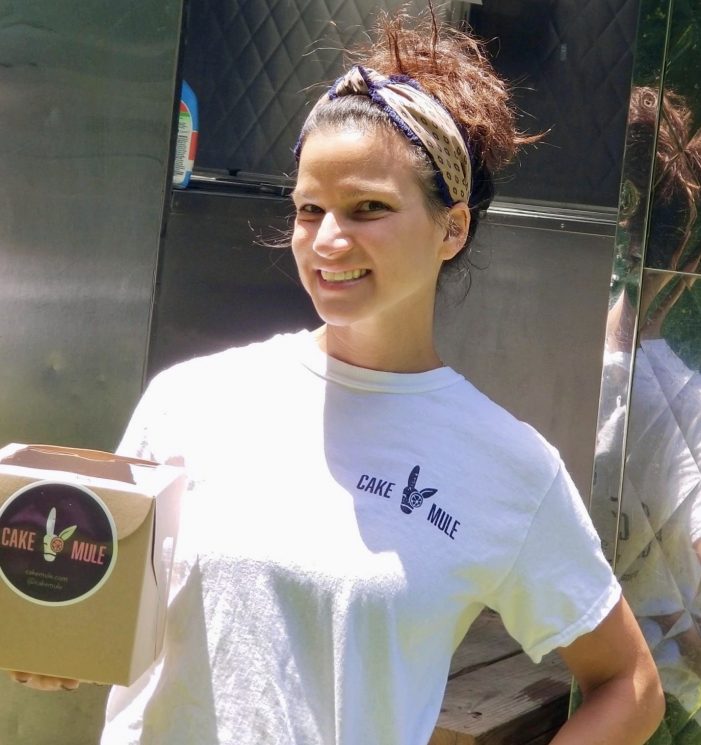 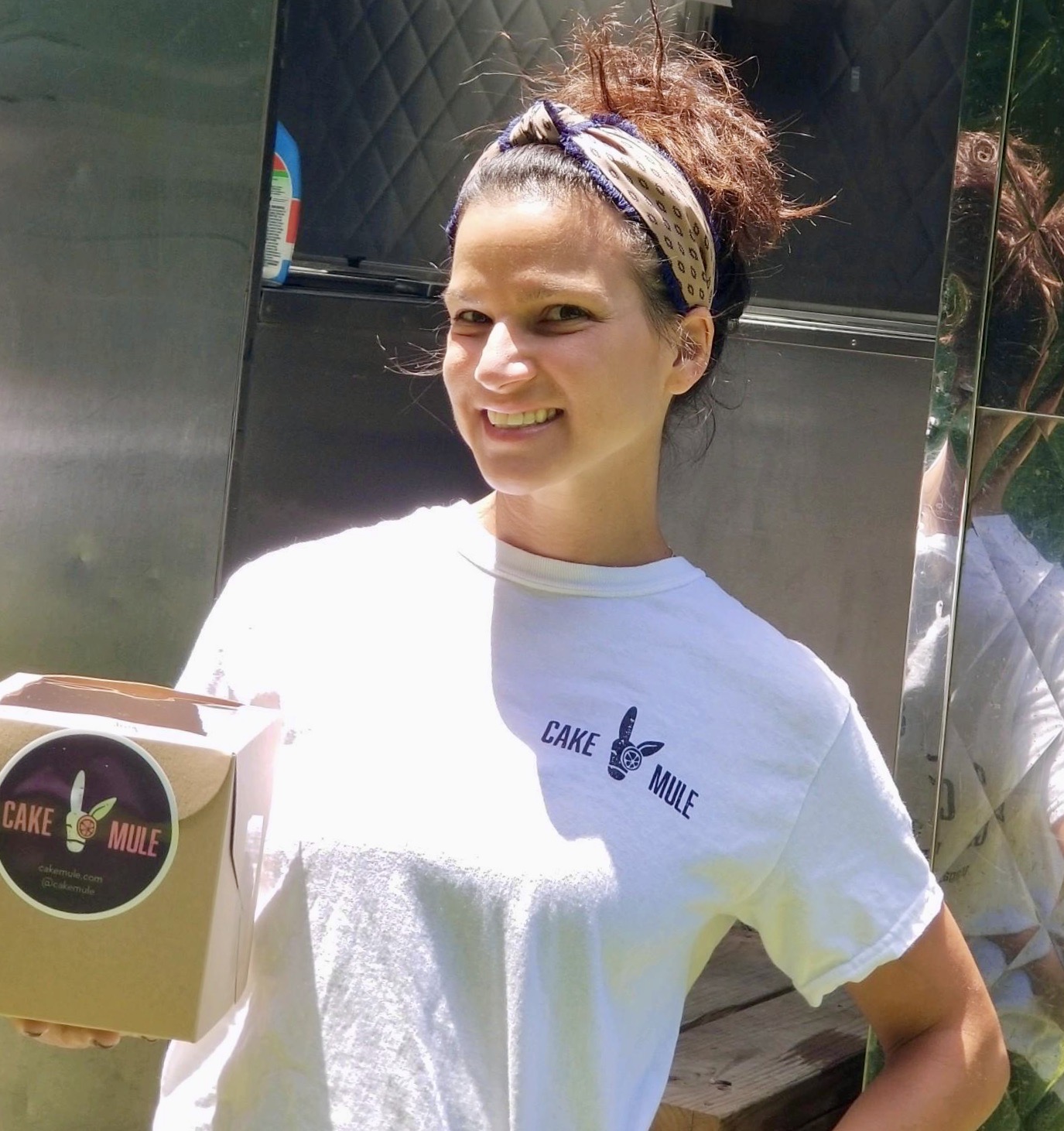 COVID crushed the restaurant industry but it was no match for Chef Lisa Rutigliano, who dared to step outside her comfort zone and life never looked the same.

“When my world shut down, it forced me to put my creations out (there) in a different and innovative way,” says Rutigliano. “I believe I took something tragic and found some good in the situation. I love that I have finally created a company of my own, something I had been afraid to do for quite some time.”

According to the chef, there was definitely some fear starting this business during a pandemic, of spending more money than she was making, finding an affordable and clean kitchen, not returning to her restaurant job so she could see where this solo gig might take her and starting something she wasn’t sure would last post quarantine.

“There were constant thoughts, concerns and worry but also a tremendous amount of motivation, inspiration and strategic planning,” Rutigliano says. “I am surprised to see such a demand for these gluten free, vegan and allergy friendly desserts and realize members of the community have been searching for these options.”

Gov. Phil Murphy abruptly halted indoor dining to help stop the spread of the fast moving virus. The pandemic became global news and Rutigliano was laid off (March 15) from James on Main in Hackettstown — a local, farm to table restaurant, where she created healthy avant-garde dishes.

“Part of me didn’t mind the chance to relax and focus on other projects,” the chef says. “I honestly thought the closure would only last for a couple of weeks.  When more time passed, and word of certain restaurants were permanently closing, it was devastating news.”

So Rutigliano resorted back to self-care during the height of the quarantine, cooking more nutritious meals and baking with guilt-free ingredients — while perfecting recipes that eventually became the foundation of Cake Mule that she shared on social media.

And those delectable photos weren’t lost on anyone.

“I would post very unique desserts that were not as unhealthy as the regular bleached flour, refined sugar, processed and packaged baked goods you find in most markets,” says the chef. “People became very interested in what I was doing and wanted to try my cakes. From there, I got back to work and started creating for the public again.”

According to Rutigliano, it was great to feel like she had a purpose during the shut down.

Soon enough, she was transporting her goods all over the Garden State — from Bergen County to Monmouth County, and she had help with the South Jersey deliveries.

“I made a joke and called my sister ‘my cake mule’ (probably the only time I can get away with calling my sister a mule),” the chef says.

That’s when the super cool name hit Rutigliano and an even better storyline of how it all started.

And every week her orders grew.

“Perhaps people found themselves eating/snacking more and wanted healthier options.  Perhaps it was something to look forward to: a healthy surprise waiting on their doorstep,” says the chef. “The delivery service is convenient and safe especially for those who are not ready to venture out to crowded areas.”

From Rutigliano’s perspective — it could even be a pandemic trend.

“It’s sometimes grueling but smarter right now to work this way instead of an actual store front where indoor dining is not even open to full capacity,” she says. “This could be a new wave for bakers and caterers: having an online market and renting out a shared commercial kitchen.”

She says it’s been extremely gratifying and she keeps pushing towards growth and creating an exceptional product.

“I receive orders for that week and work hard and long to get all of my baking done in the kitchen on my designated day,” says Rutigliano.

The chef has long been driven and ambitious, it’s the core of who she was growing up in small-town Wood-Ridge — a highly populated area where family and food played an important part in her upbringing.

“I was mostly surrounded by those ‘Italian American’ restaurants paying no attention to seasonality and local produce,” Rutigliano says, adding that she went the usual route in which teens in our society are taught to follow: school, college, then go find a career.

But it was during her time working for a chiropractor that the chef said she had a front row seat to the “health and wellness” world and learned how the connection between food and our body is incredibly important.

“I basically went through this midlife crisis at the age of 22,” says Rutigliano.

“Not content with my job, searching for something more fulfilling, I came across a culinary school built on a wellness foundation, teaching alternative ingredient cooking, focusing on health, seasonality and cooking for disease prevention.”

Bye, Bye Jersey — and without a single hesitation, the chef was off to Bauman College in Berkeley, California, where she struggled to pay the outrageous rent as a beginner culinary student.

“That area is magical when it comes to the local harvest and supporting the farmers who grow it… an ideology I knew I wanted to bring back home,” Rutigliano says. “I worked for a high end catering company, a health driven food preparation company and a local bakery focusing on unrefined, unprocessed ingredients — with many other small jobs in between.”

After three years living in Oakland, Rutigliano moved back home to get serious in the restaurant world.

“Boy, what a world that has been,” she says. “I wanted to focus on seasonal, new American fine dining as well as the ever changing dietary needs that arise.”

And serious Rutigliano did — as a pastry chef at Pure Food and Wine in NYC (raw/vegan/gluten-free restaurant), sous chef at Cafe Matisse in Rutherford, and most recently sous chef at James on Main in Hackettstown.

The jam-packed journey from coast to coast to hone her skills has been such a transformative experience.

“I knew I always wanted to pursue a cooking career in a health-related field,” says Rutigliano. “I enjoy keeping up with dietary trends and being able to provide to those who have allergies, disease and other health concerns.  I want to give the mindful eater a comfortable way to obtain their food without feeling like they are a nuisance.”

And once it makes sense to land a local Long Valley store front, the chef would love to take Cake Mule’s concept to the next level.

“Turn it into both a savory and sweet cafe offering healthy breakfast, lunch and early dinner options — taking as much care in the food’s preparation as a chef would during fine dining,” says Rutigliano.

Many are now savoring the chef’s confections and the continuous feedback from the customers only further motivates her.

“I’m completely ecstatic,” says Rutigliano. “I feel like I am finally providing a dessert option that has been so hard to find and the community is grateful to have discovered Cake Mule. The fact that this bakery complies with my own values, health and goals makes it more worthwhile.”

If you want one of your own, visit: www.cakemule.com