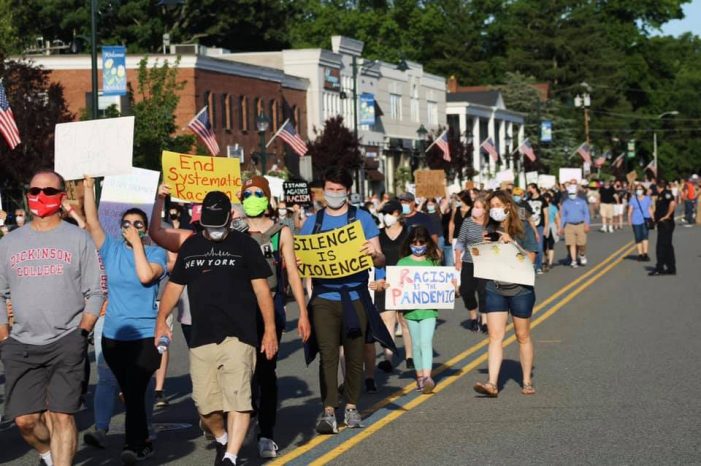 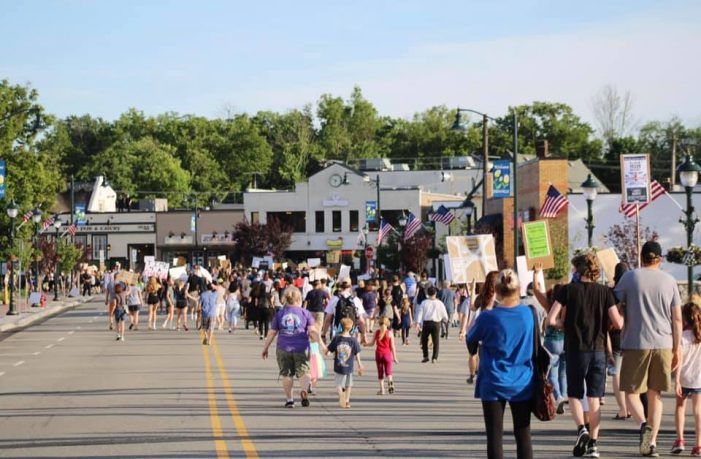 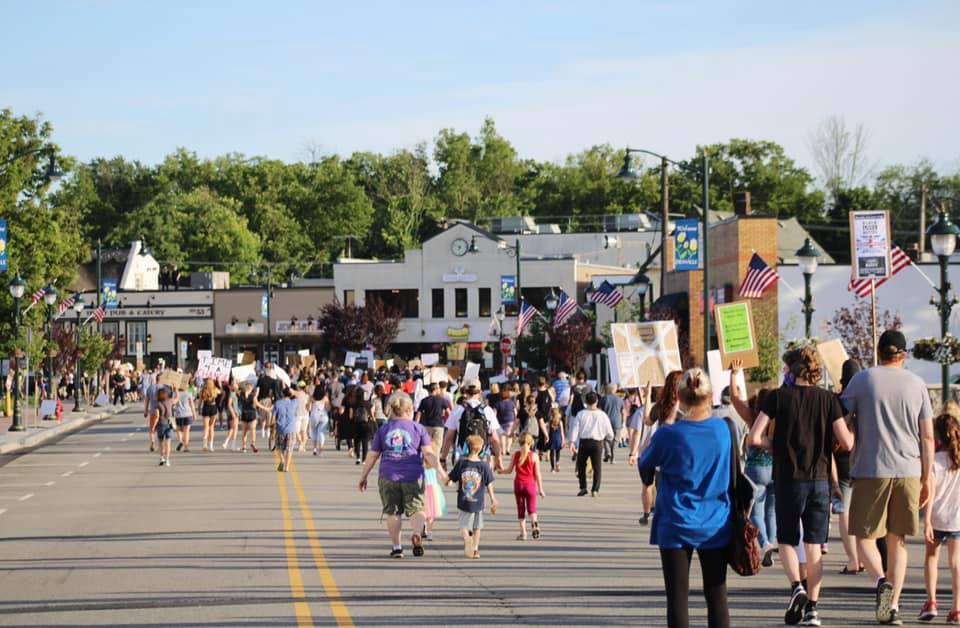 On Monday evening, June 8, 2020, the group Denville Residents Against Racial Injustice held a peaceful march and rally in Denville. The event, like other recent marches around the country, was in response to the recent killing of 46-year-old George Floyd by a Minneapolis police officer, and in general to racial injustice.

“The march took about a week (to plan),” says Seyi Adeyinka, a member of the group, and march organizer along with fellow member, Abdul Staten. Volunteers from the group passed out flyers to week prior to alert residents to the event. “It was an amazing team of wonderful volunteers who worked very hard to make this happen. Some folks had already reached out to the mayor and the police department and got a date and a route all set.  The volunteers ranged from students, professionals, retirees, social justice advocates, all who have deep love for our town.” She adds, “We had all been separately thinking about something like this and somehow we all ended up together and pulled it off.”

Over 600 people attended, which was quite a turnout for the small community. The march, which was held under bright sunshine, began at 6:00 p.m., and started on Bloomfield Avenue, continued on Broadway, turned right onto Diamond Spring Road and again onto First Avenue, then returned to Broadway and ended on Bloomfield Avenue in the Upper Bloomfield Avenue parking lot, where the rally and speeches were held. Prior to the speeches, those in attendance had a moment of silence.

“We wanted to start a dialogue in our community and open our hearts to others regarding our experiences,” says Adeyinka. “While we live in a good town, there are others within our midst that have different experiences and I felt those stories needed to get out. It was amazing to see the support of our neighbors. A lot of people were nervous about this happening in Denville and there was a lot of talk from residents and non-residents about boycotting the event. We just wanted those voices that are typically silenced and do not have a platform to speak about their experiences.”

Adeyinka was surprised at the turnout and the impact our speakers had on the audience. “We had a lot of positive feedback. I think it was eye opening in the sense that we never have the opportunity to all come together and discuss “taboo” topics like racism, microaggressions and police brutality.” When asked if she believes that change takes time and that peaceful protests and listening are a good start, she says, “I concur. We have to start from somewhere and seize this moment where so many people are eager to listen and push for change.”

Aside from the protests, the group will continue to work with elected officials and town leaders on racial justice for all residents of Denville.

For more information, visit the group’s Facebook page at www.facebook.com/DenvilleVoices/.