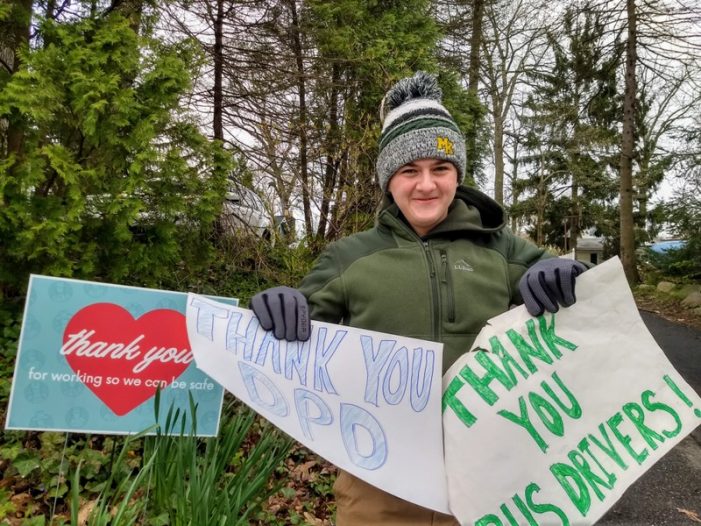 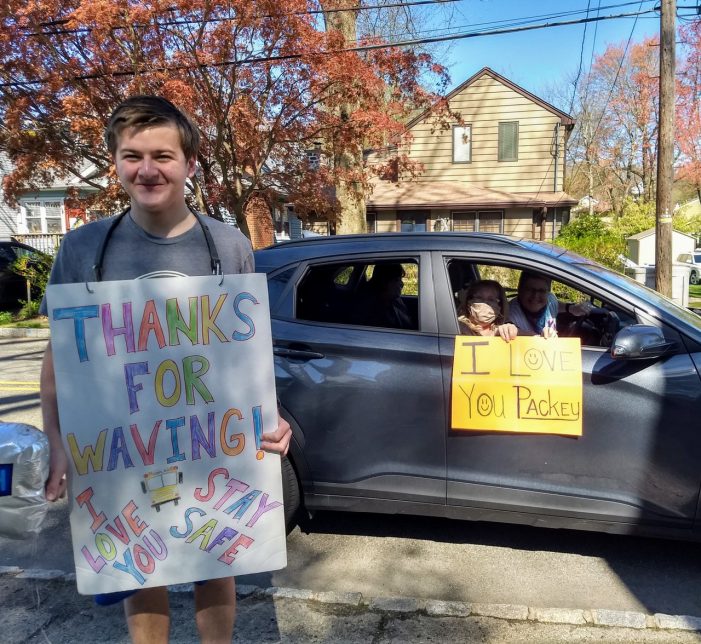 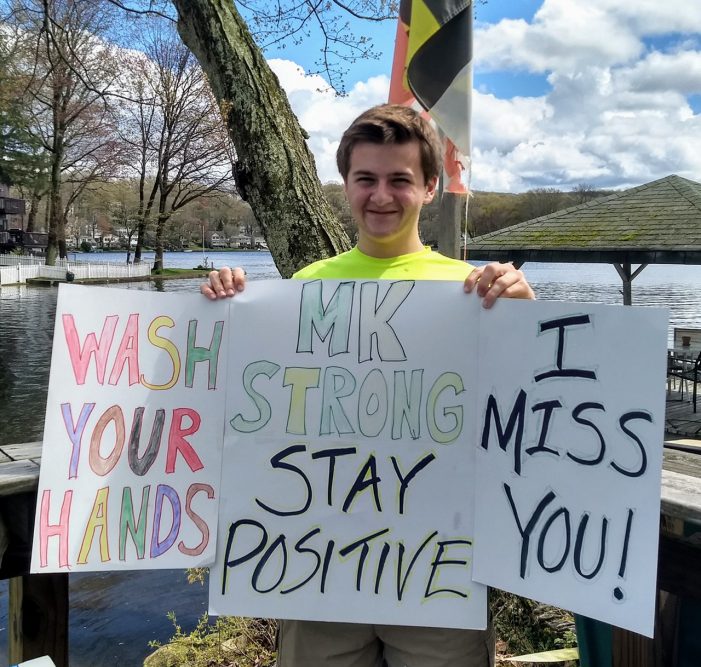 With everything going on during the coronavirus times in the state, Denville has been facing the challenges as best as they can, just like every other town. The residents have been cooped up in the house, food and supplies have been hard to come by, while some are still reporting to work as normal. The residents have not forgotten about their beloved Packey though in this crazy time. 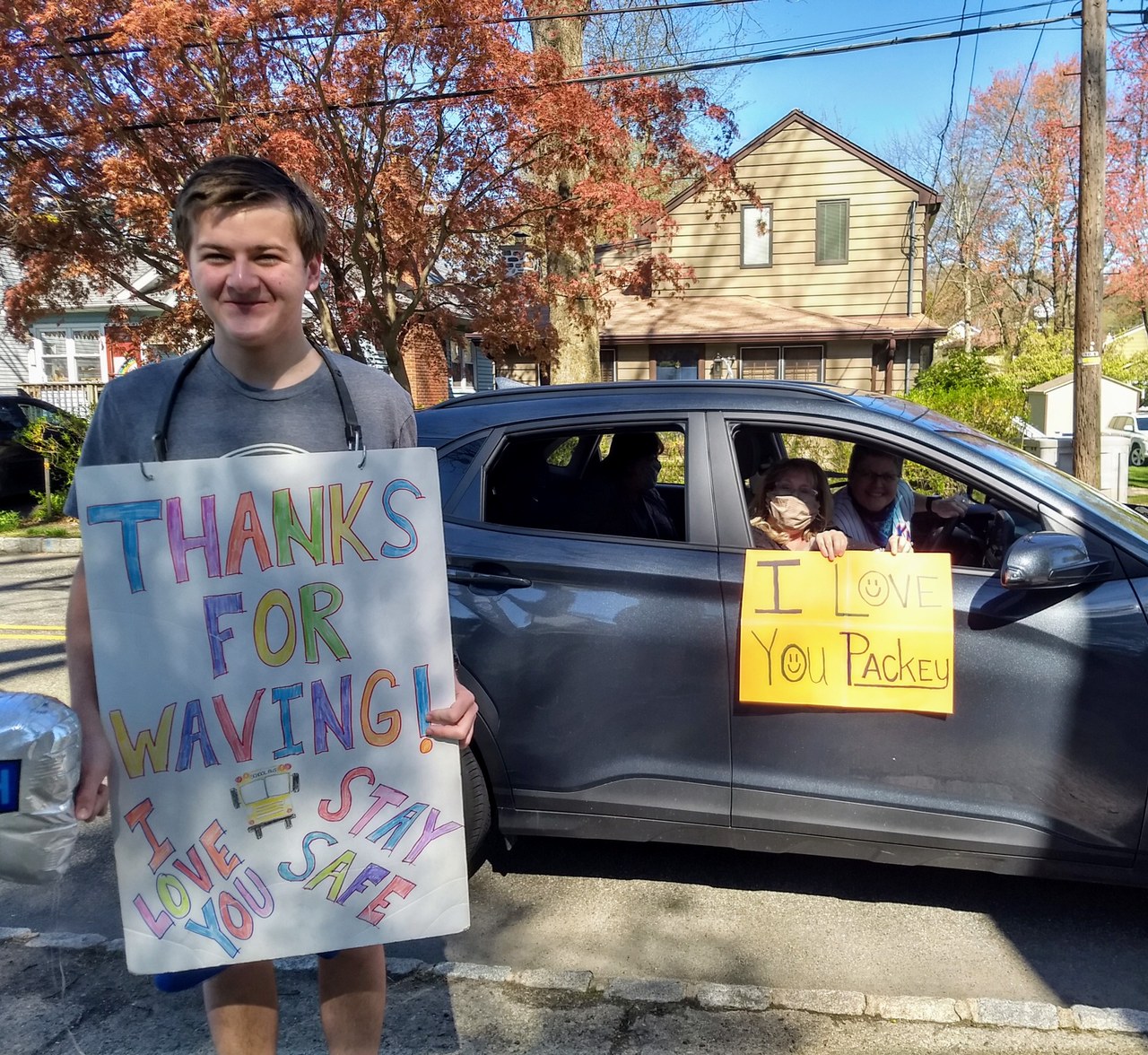 Packey Butler is a familiar smiling face around the township. What started out when his older brother went to Kindergarten, the Packey proudly waving tradition began. He continues waving to the school buses as they ride by after school to this day. Diagnosed with Autism and an intellectual disability at the age of two, Packey is a Denville treasure that brings a smile to all who meet him.

“He has a big personality for someone who is severely disabled in all areas. He has developed this big social personality and I don’t know what it is, but people are drawn to him. It’s the most incredible thing to witness,” Lesley Butler, Packey’s mother, said.

When the schools closed due to the coronavirus pandemic, things became hard emotionally for Packey and the Butler family. According to Lesley, Packey didn’t really understand the concept of why things were changing. There would be no more school buses to wave at for the time being.

“The social distancing thing has been very hard for him. It’s been horrible. It’s been devastating. Everytime the governor announced another extension, it would lead to a major meltdown with tears. He would get through it and he’d share his feelings on Facebook. People would offer comments with supportive messages and vent with him. He’d get over the hump and then the process would start all over again when another extension would come,” Lesley shared.

Denville came to the rescue for Packey, not once or twice, but three times. Michael Andersen, a Board of Education member and Steven Forte, the K-8 school superintendent, developed an idea to host a drive by parade for Packey with the school buses. The bus drivers in the town have come to know and love Packey; he is a smiling face that greets them on their bus routes daily.

“That original bus parade saved us from him drowning in misery. It’s really really hard, it’s hard on everybody. It’s heartbreaking and it’s painful when he doesn’t get to do his “job” as he calls it. We’re doing what we can to schedule Zoom calls and FaceTime calls, but the drive by parade was an opportunity to see people who he hadn’t seen since this all started,” Lesley shared. 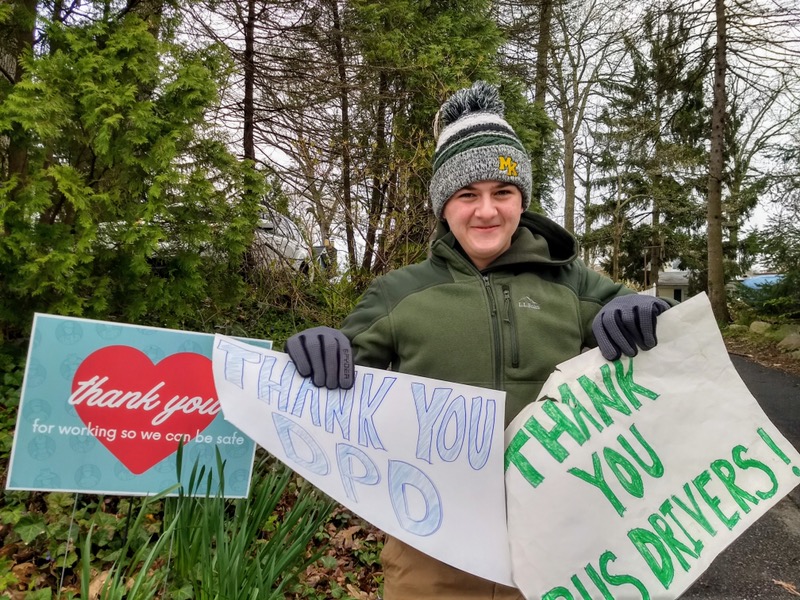 A family friend of the Butler’s, Gary Beumee, decided to also pitch in to help Packey at this crazy time. Wanting to host a drive by parade for anyone, lines and lines of cars drove by the Butler home on a Saturday morning. Packey was indeed at the end of his driveway, happily waving to car after car.

“Gary’s parade was open for everyone to drive by because he knew that Packey was struggling. It just brought such a smile to his face. He was running up and down in front of our house, there were so many cars coming in both directions, people were coming by multiple times. It was such a beautiful display of humanity,” Lesley said.

Lesley couldn’t be more grateful that the town has come to Packey’s aid.

“Every single person who drove by, he has connected with. There is this light in him that people respond to. I know I always have. To watch other people see the light in him, it’s really special. I feel like I have to share him with the world,” Lesley said.