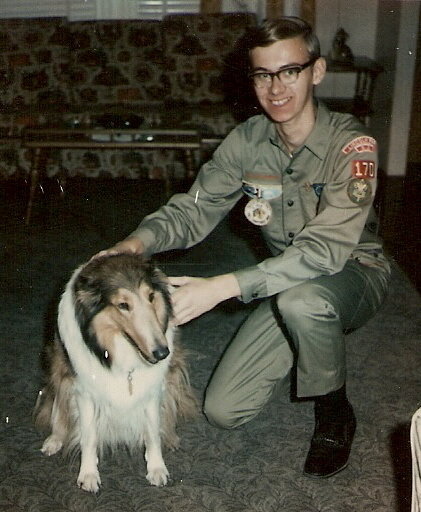 Our story so far: It is now Wednesday, late morning, on the twenty-fifth of June of 1969. I had just given my article, about what scouting meant to me, to Mr. Marino, the Editor-in-Chief of the Lincoln Park Journal. I was so very happy that Mr. Marino liked my article and told me that he planned on publishing in his next edition. On my way, walking home, I stop at Moe’s Sweet Shop to buy a Batman comic book. Mary Tafano is there with her friends. Mary is very kind to me and offers to help me paint the interior of Thorpe Hall. I leave Moe’s Sweet Shop and begin my walk home.

I began walking home, carrying my Batman comic book. At 15, I was now at the half-way point of my days at Boonton High School. It was now late June. As I walked up Main Street, from Moe’s Sweet Shop, a thousand and one memories haunted in the inner marrow of my heart and mind. I first walked up Main Street, when I was six years old and in Mrs. Kiick’s first grade class. In some ways, it seemed like a long, long time ago. In other ways, it seemed like yesterday.

There it was before me, the old library, the little one-room building. I reflected of how many hours and hours, I had spent in that little library, studying, and doing research for term papers. Then walking on up Main Street, there was the blue mailbox at the foot of Roome Street. I thought of the letters that I had written to my early childhood friends from Clifton. I mailed those letters from that very mailbox, yet never heard back from any of them. I had become a faded memory to them.

There were the older homes that laced Main Street. Each and every one of them, uniquely different from the next. Some were two story homes, some were smaller ranch homes. It all seemed to reflect the haunting embers of Old Lincoln Park, of another time, a lost era before the advent of cookie-cutter homes of the newer developments and subdivisions that recently surfaced onto this little dot on the state highway map.

An airplane flew above. Not a big jumbo jet, but rather a small, single engine airplane that carried a pilot and a passenger. To the north, about a mile away as the crow flies, lied the greatest little airport on planet earth. The little roaring plane, no doubt had cast off into the wild blue skies from there.

An eighteen-wheeler approached east bound as I walked westerly to the old Mabey Homestead. I instinctively gave the signal for the truck driver to blow his air horn, which he did. In what amounted to three seconds in time, I saw the young driver smile and wave to me as I smiled and waved back to him. I wondered where it was that he came from and where it was he was going.

There were the maple trees that were scattered here and there, along Main Street. They were growing forth from that little plot of grassy earth, between the sidewalk and the black tar of old Route 202. Most of these trees struggled to find earth to plant and expand their roots. So much so, that the thicker, broader roots had caused the concrete of the sidewalk to crack and in some cases lift up from the earth. In all so many ways, it had such an eerie feeling. As if it were the background of a 1950’s drive-in movie, where the trees take on greater life and begin to take over some small town in America. Anyone who had ever walked up Main Street in the 1960’s, knows the eerie powerful effect that these maple tree roots had upon the concrete sidewalk.

And, then I came upon it. The very home that had brought fear into my heart, from the time I was in first grade. But that house now stood there, powerless, although there still was an essence of the haunting ghost of the presence of Billy Watkins.

Billy Watkins was the biggest and meanest bully in all of Lincoln Park. He was a year older than me. I had forfeited countless numbers of candy bars and comic books to keep him from beating up.

“Give me a nickel kid,” was his battle cry to myself and dozens of my buddies. “Give me a nickel right now or else you’re gonna be one sorry pupper!” I could hear him uttering those words, coming from the gutter of his hoarse throat.

The Watkins family had moved away a year ago, almost to the day. I was never so happy and so glad to see a family move away. Even Mr. Watkins had a mean streak in him. He and his son had joined Boy Scout Troop 170 for about a month, back in 1965. In that month, the father and son duo created nothing but havoc and disharmony in the troop. My dad, who was Scoutmaster of Troop 170, was ever so glad to see them leave the troop.

The story goes that the Watkins family moved to Chicago. Mr. Watkins had lost his job at the canning factory in Paterson. He was having a hard time to find another job, until Mrs. Watkins’ brother in Chicago agreed to find Mr. Watkins a job in a meat packing plant. Even though Billy Watkins now lived hundreds of miles away, his memory still haunted me. I held tight to my Batman comic book and walked on home.