Diary of a Scout Leader: The Mark of the Legendary Great Buck 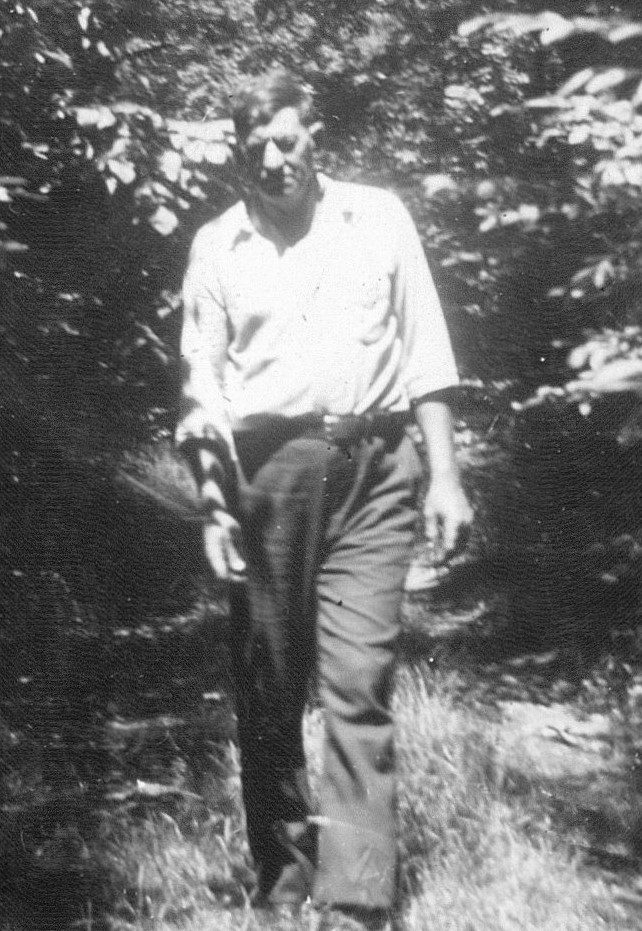 My beloved grandfather, Watson Mabey, walking along the forest path that led from the end of Mabey Lane to the foundation of the old Mabey Icehouse. This photo was taken in the Summer of 1967, after Grandpa had his stroke. Note how Grandpa’s right shoulder and arm are positioned. 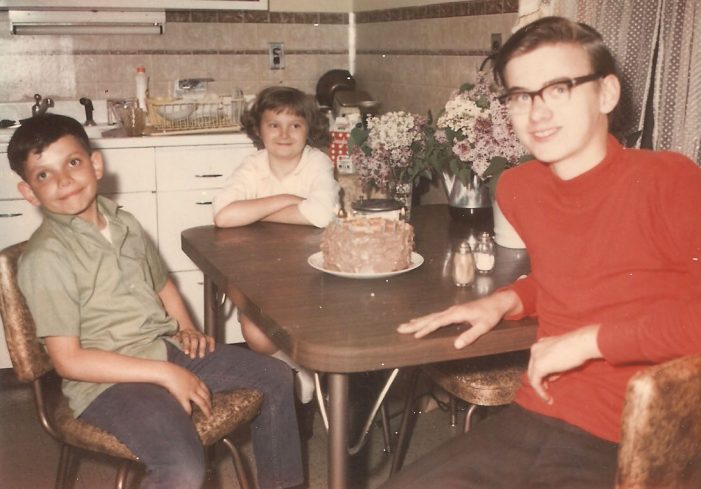 Left to right: my cousin, Edward; my sister, Patricia; and myself gathered around the table in the kitchen of the old Mabey Homestead. This photo was taken in early May of 1969, when I was 15 years old and finishing my sophomore year at Boonton High School. It was Edward’s birthday.

It is Tuesday, the seventeenth of June of 1969. My second day of summer vacation. I am 15 years old and have just completed my sophomore year at Boonton High School. It is my second day of painting the interior of Saint Andrew’s Episcopal Church’s infamous Thorpe Hall. During my lunch break, I hand wrote an essay of what scouting means to me. I plan on presenting it to Mr. Marino, Editor of the Lincoln Park Herald, to see if he sees it is worthy of publication in his newspaper. At about three o’clock I clean up and walk to Moe’s Sweet Shop to buy a couple of comic books. At the sweet shop, Tony Savorti, the town bully, mocks and ridicules me in front of Mary, whom I have a big crush on. I leave Moe’s Sweet Shop and begin my walk home. I walk along the old Morris Canal to the foundation of my great grandfather’s icehouse. I break down and cry. Suddenly, the legendary old great buck deer approaches me, comes close to my face and looks me straight in the eye. Our story continues.

Each and every family has legends and fabled folklore that are passed down from generation to generation. My grandfather, Watson Mabey, often spoke of the Great Buck, the majestic deer, the legendary creature that walked and ran the tow path of the old Morris Canal. Grandpa often told me about the Great Buck whenever he and I would walk the wooded path, that began at the end of Mabey Lane and ended at the banks of the old Morris Canal.

In the northeast corner of the kitchen of the old Mabey Homestead, there was an old wooden chair that my grandfather would often sit at and tell stories of the legends of our family folklore. My sister, Patti, myself and my cousins would often sit at the kitchen table and listen to Grandpa spin his wondrous and colorful yarns of life along the old Morris Canal. The legend of the majestic Great Buck was one of Grandpa’s favorite tales.

The legend that loomed and weaved in our family heritage was that the Great Buck was invincible. No hunter’s rifle’s bullet could ever penetrate its flesh. There was even talk that the Great Buck was half spectre and half flesh and blood deer. One of my older cousins, Earl, would often try to scare me with talk of the legend of the ghostly deer, whenever we would chase fireflies at the end of Mabey Lane.

It is nearly a mile walk, from the old canal to Mabey Lane, so about halfway there I stopped to rest and sat down upon a fallen maple tree. I still had the hand-written article that I had written earlier today about what scouting meant to me. I was intending to type the article and give it to Mr. Marino, the Editor-in-Chief of the Lincoln Park Herald, in hopes that he might publish it in his newspaper.

There beneath the canopy of the oak, the elm and the maple, I folded my hands and prayed I said this simple prayer, “dear Jesus, I pray that Mr. Marino likes my article enough to publish it.” My prayer was just that simple. Nothing grand and glorious about it.

I took the three sheets of notebook that I had folded up, from my shirt pocket. I unfolded them and once again read the article that I had hand written earlier that day. It rang true to me. But the big question was, would Mr. Marino like it enough to include it in his paper?

I folded up the three pieces of notebook paper and placed them back into my shirt pocket. Then began to walk home along the forest path. The imagery of the Great Buck haunted my heart, mind and inner self.