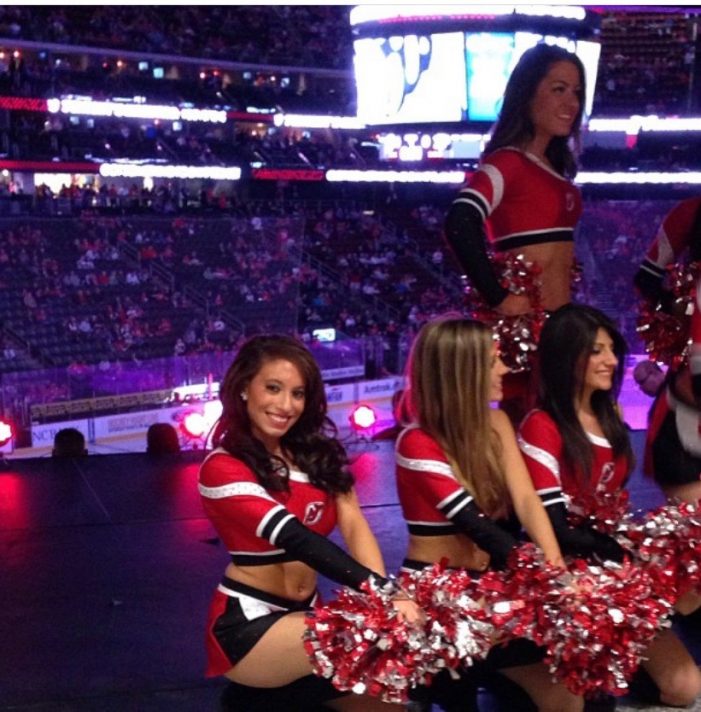 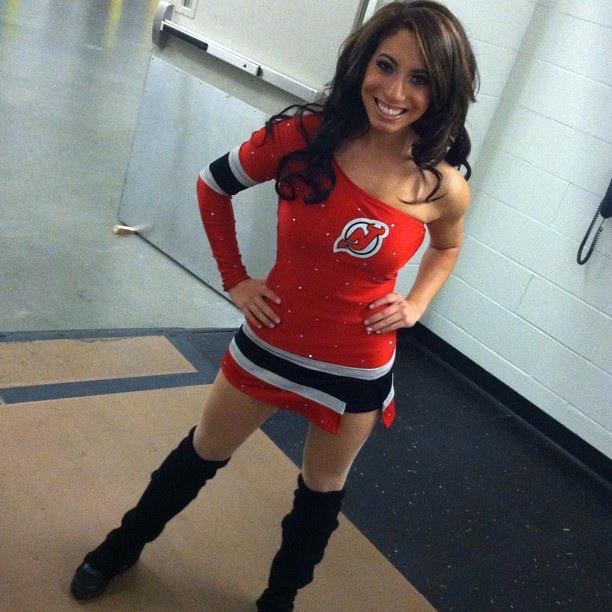 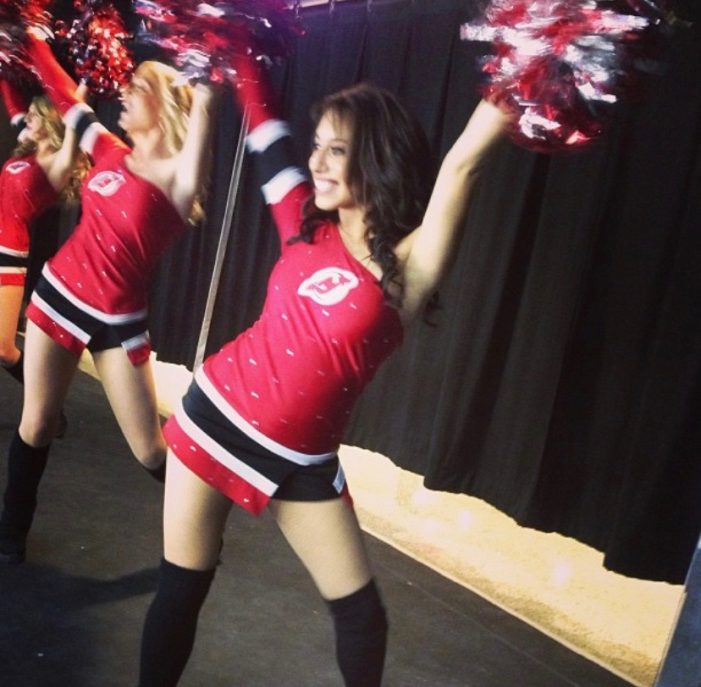 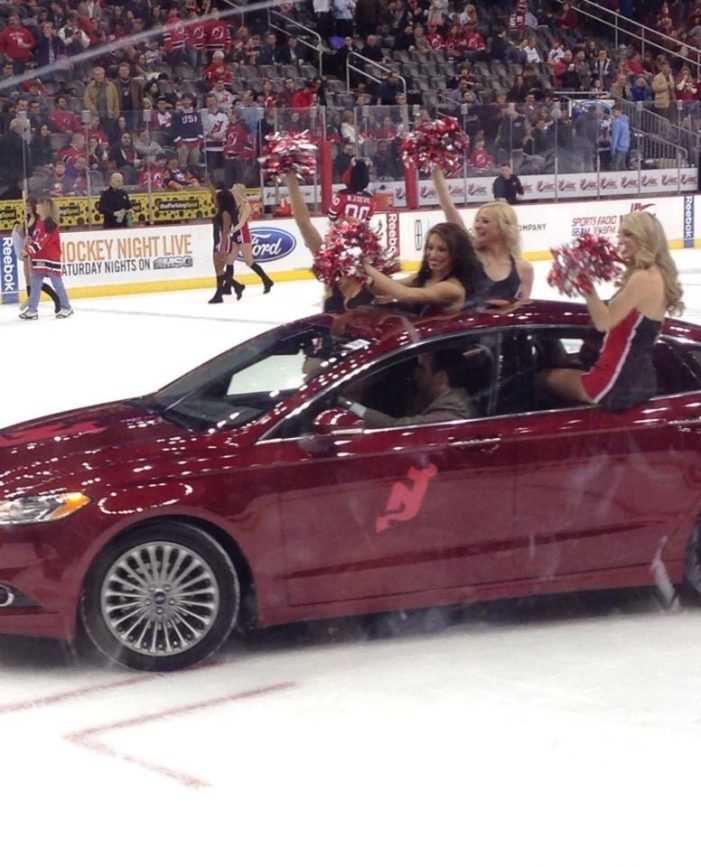 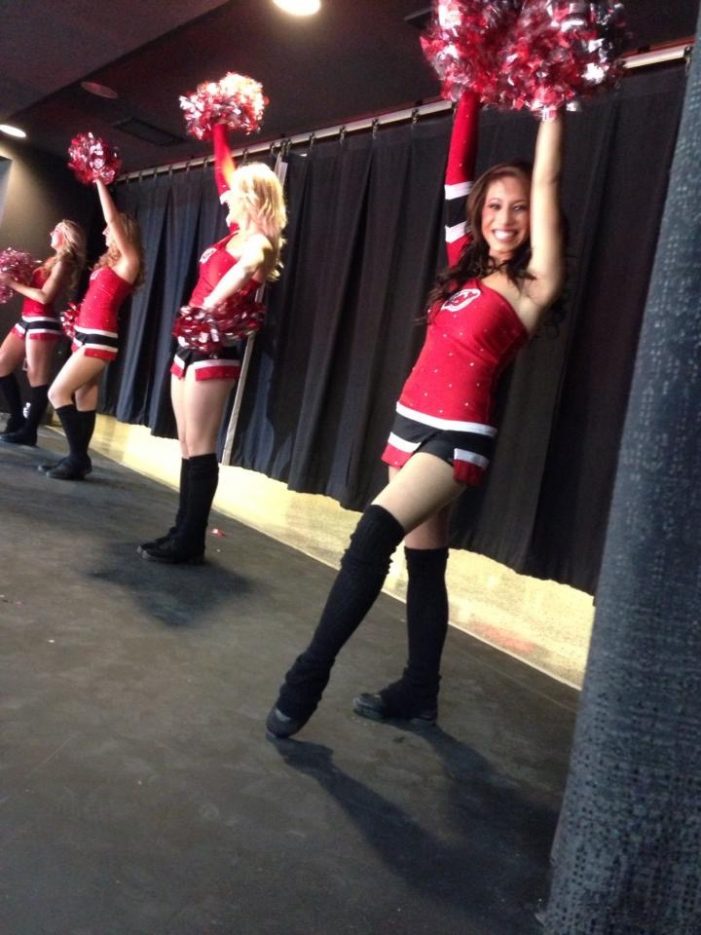 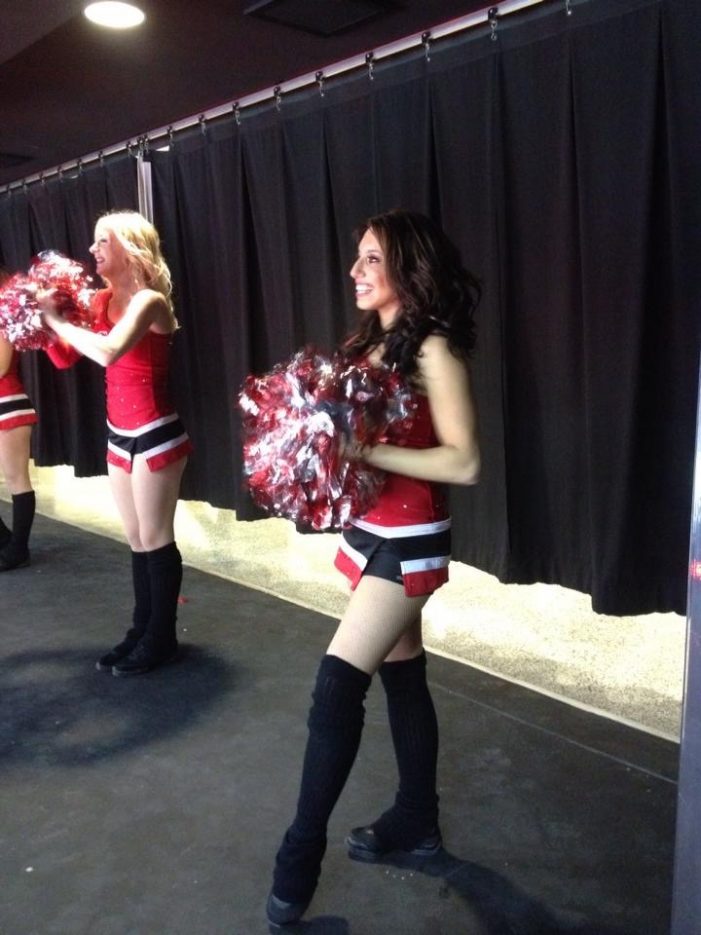 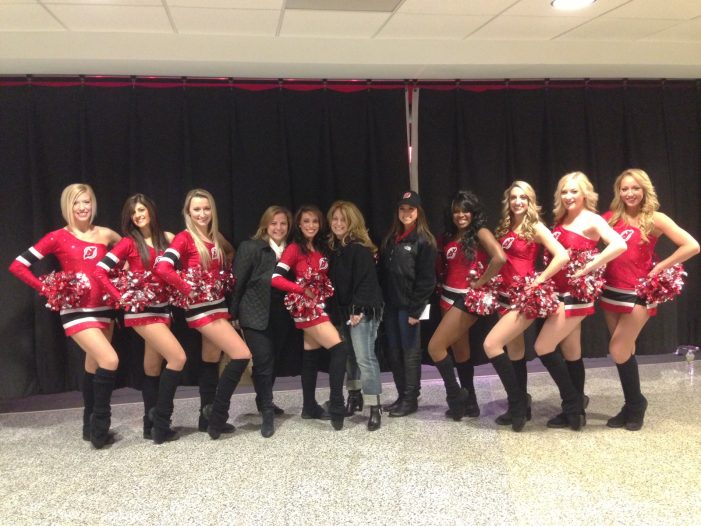 As someone who danced all of their life, Gabrielle Vecchio knows the competitive game that is played and the high standards that dancers hold themselves to. When she had the opportunity to dance professionally, she took advantage without hesitation. From 2012-2013, Vecchio was a dancer for the now defunct New Jersey Devils Dancers.

Vecchio, who grew up in East Hanover, began dancing at the age of three. Throughout her training at Nicole’s Broadway Dance Company, she found a love for hip hop dance unlike any other. When she turned 14, she began training to go pro.

“When I went to Nicole’s, I was introduced to a legendary hip hop choreographer. Hip hop was always my thing, I wasn’t really into the tap or the ballet although I did compete as a member of their competition dance team. I started competing in the sixth grade. Nicole’s Broadway Dance Company really molded me into the mindset that I needed to have to make the pros. I was in private classes every week for four years. I became extremely disciplined and mature at a young age,” Vecchio said.

As she was training for the pros, Vecchio had to give up Friday night parties and football games, while her weekends 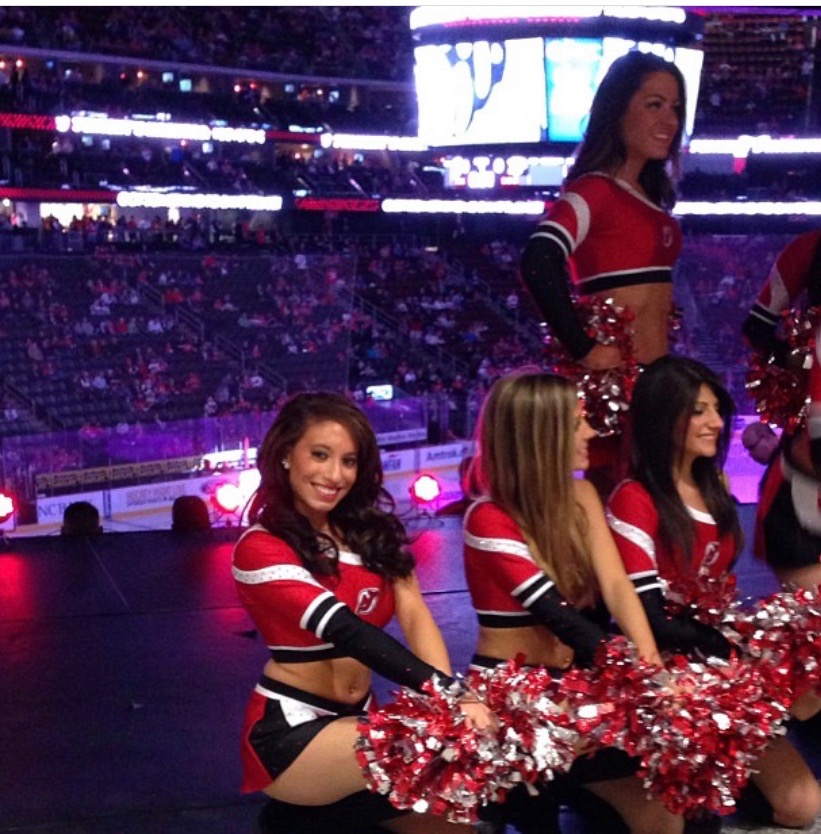 “I remember calling my Dad after I didn’t make it through the semifinal round for the Flight Crew. I said ‘Dad, I’m not doing this anymore, it’s obviously way too hard and I don’t have the talent.’ He told me that my mother and him paid so much money for me to take private classes and that I’d danced my whole life, he said I’m not going to hear that my kid doesn’t want to try out for another team. Just look online and see what’s out there,” Vecchio said. 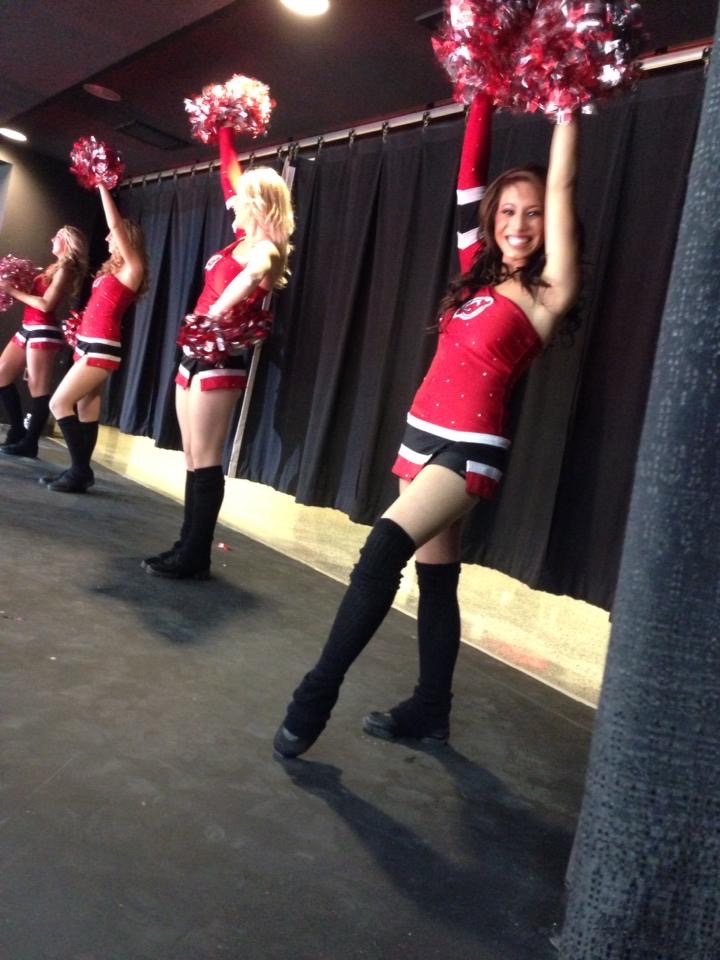 After a very rigorous audition process, Vecchio was a finalist for the team, but she still had work to do. The Devils instituted a fan vote category during the season she was hoping to land a coveted spot on the ice. The 18th member of the dance squad was picked by fans around the globe. With the help of promotion from her twin sister, Gianna, Vecchio secured a victory by a massive landslide.

“Not only did I have to try out, I had two weeks of intense marketing of myself. In 2012, there was a national hockey lockout. That year, the boss wanted to do something to keep the fans engaged. For two weeks, myself and two other girls had to go online and vote to earn the 18th spot. I had family members, organizations, companies, colleges, all voting for me every single day. We had to do a dance, video interviews, a bio, and a photoshoot so that we could let the fans learn more about us to choose who they wanted,” Vecchio shared.

Vecchio looks back on her time as a Devils dancer with a major smile and nothing but fond memories. The excitement and passion that she felt as a member of the squad still stays with her to this day. There are moments that she’ll never forget, such as the moment that she stepped out as a Devils Dancer for the very first time.

“The moment I came upstairs from our dressing room, it was just hundreds of thousands of people just wanting to take photos with us, asking for our autographs. My dad was there, and he just lost it. He couldn’t believe that all of the work had finally gotten me where I wanted. That was a moment I don’t think I’m ever going to forget. It was something where I realized that all the hard work and all the anger about not being able to do normal teenage things was truly worth it on every level,” Vecchio shared.

Vecchio comes from a big loving Italian family and notes that she couldn’t have danced for the Devils without her family by her side, showing up to support her at every game played at The Rock.

“I truly thank my parents for all of this. They are the real champions and winners. It’s a true testament that you can 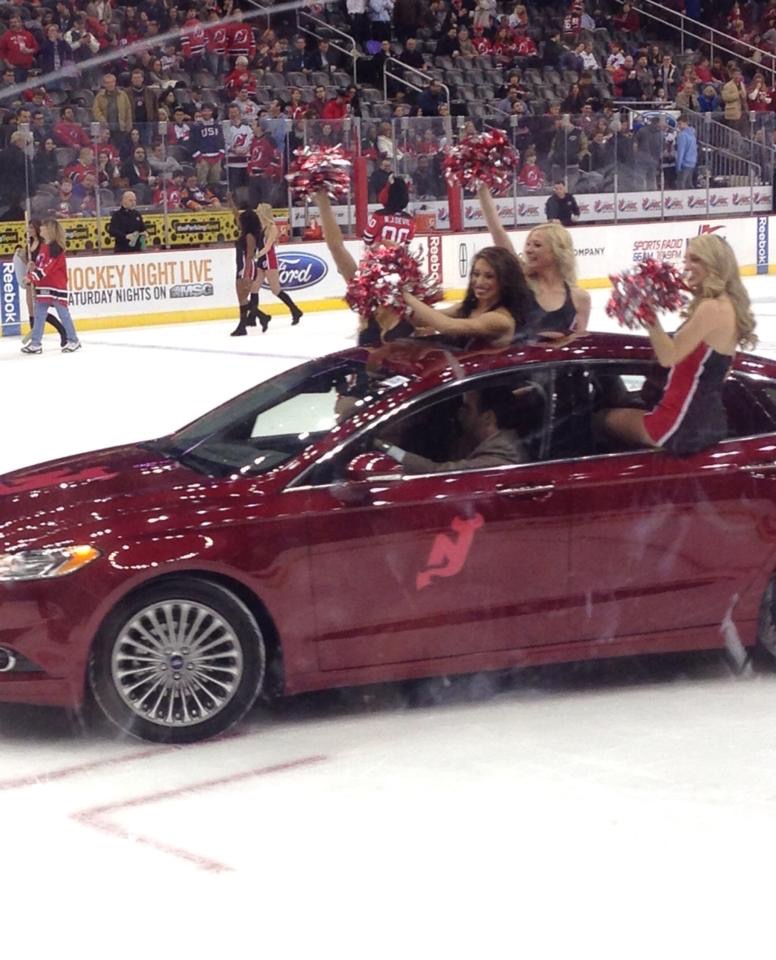 fulfill any goal with your parents right next to you and mine were always there. I would be remiss if I didn’t mention my twin. She was my best friend and always had my back, before any of this even started,” Vecchio said.

Currently 27, Vecchio now enjoys a fulltime career at Verizon as a talent acquisition specialist. While she may not be in the dance studio much anymore, the greater life lessons of being a competitive dancer have stayed with her. One of the most important? Confidence and the belief that you can truly have what you want.

“Dance shaped me to be independent, strong and taught me how to believe in myself. When you are going into an audition with 300 beautiful and talented girls, you have to truly believe that there is nobody else in the room but you. That really shaped me going into the corporate world, especially as I was interviewing for jobs because there are three things you can control; go in with the best handshake, the best smile, and the best attitude and you really can do whatever you want in life.”