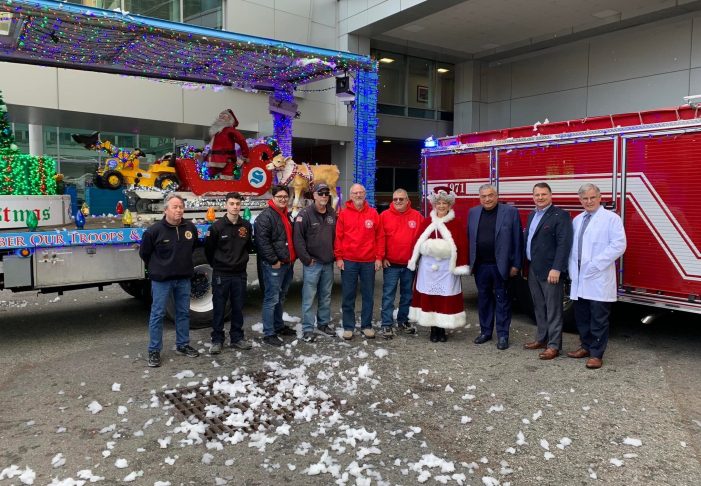 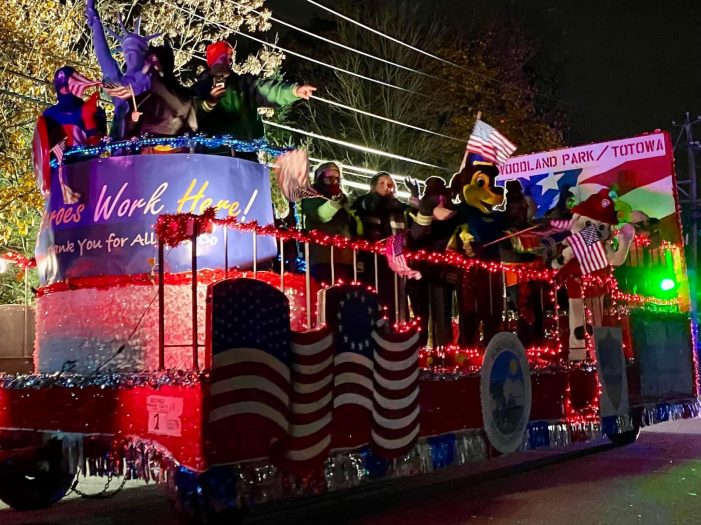 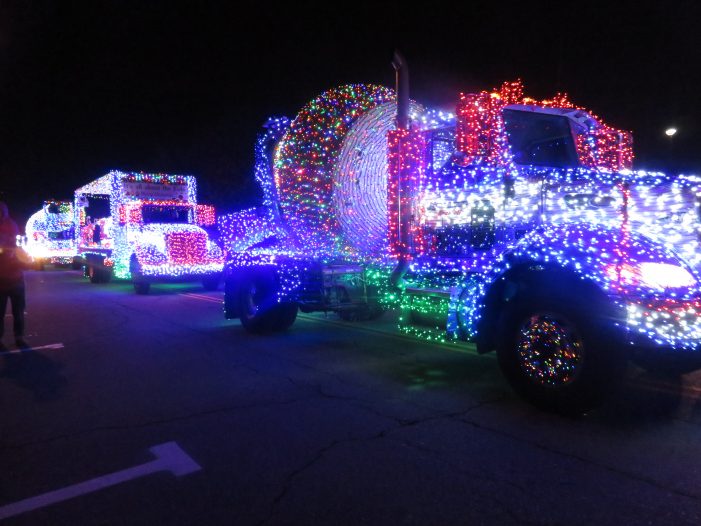 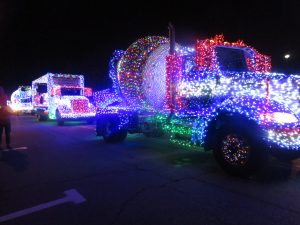 Hundreds of spectators lined the streets in Totowa and Woodland Park on Nov. 27 to enjoy the 2021 Holiday Lights Parade, presented by the Totowa & West Paterson Fire Departments, as well as the Christmas tree lighting and fire department Winter Festival at Dowling Gardens.

Santa took a break from the North Pole to stop by the tree lighting in the park before the parade. Santa and his friends helped Mayor Kazmark and the Council light up the tree before hopping on a truck in the parade.

The Holiday Lights Parade kicked off at 515 Union Blvd. in Totowa and traveled through the two towns ending near Memorial Drive. This year, over 130 brightly decorated vehicles and floats delighted the spectators. The Passaic Valley High School marching band and chorus also performed during the parade.

Attendees also enjoyed a winter festival on McBride Avenue that featured over two dozen vendors, food trucks, and activities for the children.

Following the parade, Mrs. Claus and Santa’s helpers made a special visit to the Joseph M. Sanzari Children’s 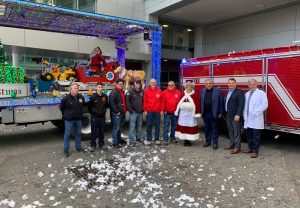 Mr. Sanzari, doctors, nurses, staff, and the children were also treated to beautifully decorated fire trucks, the extra special Salomone vehicles, and the magic of snow flurries on a sunny 50 degree day.

The toys were collected by the fire departments from the participants in the parade, from spectators along the parade route, and at collection events at the fire houses.