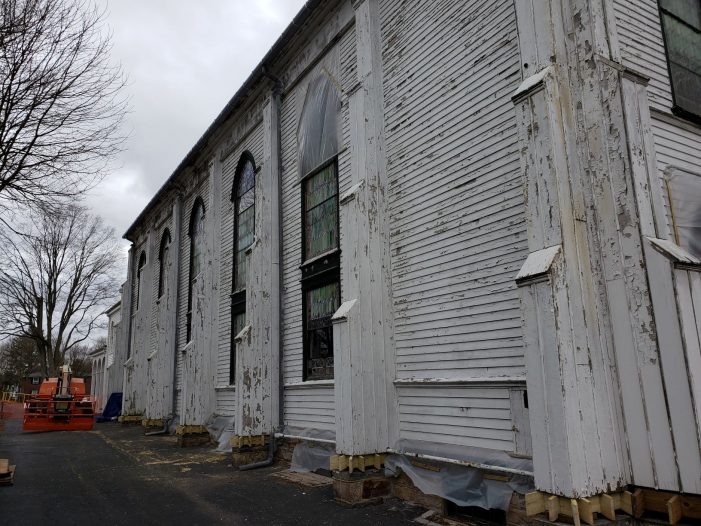 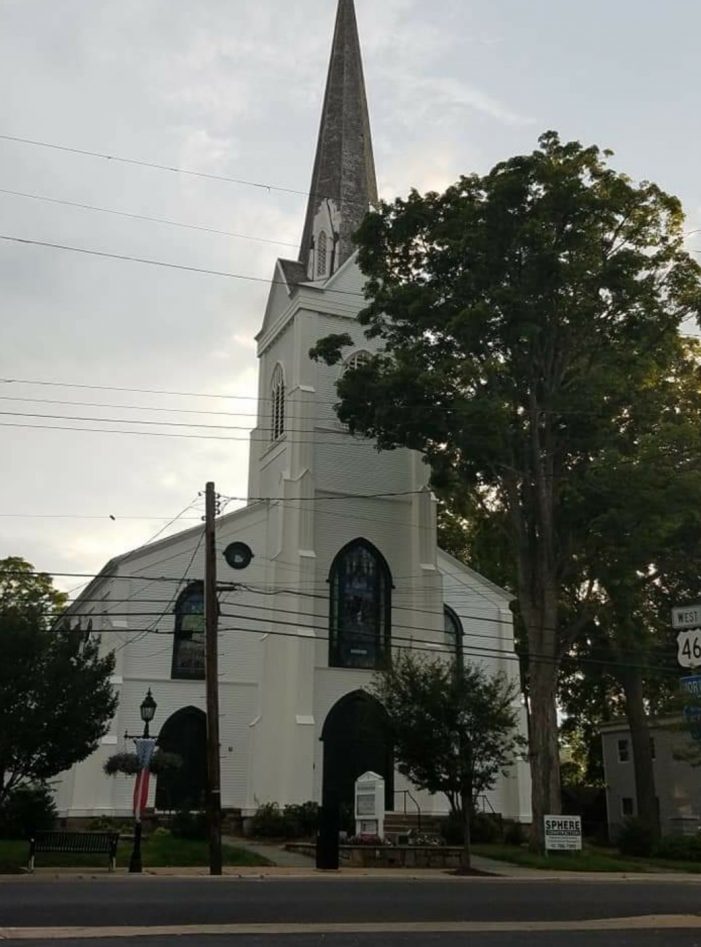 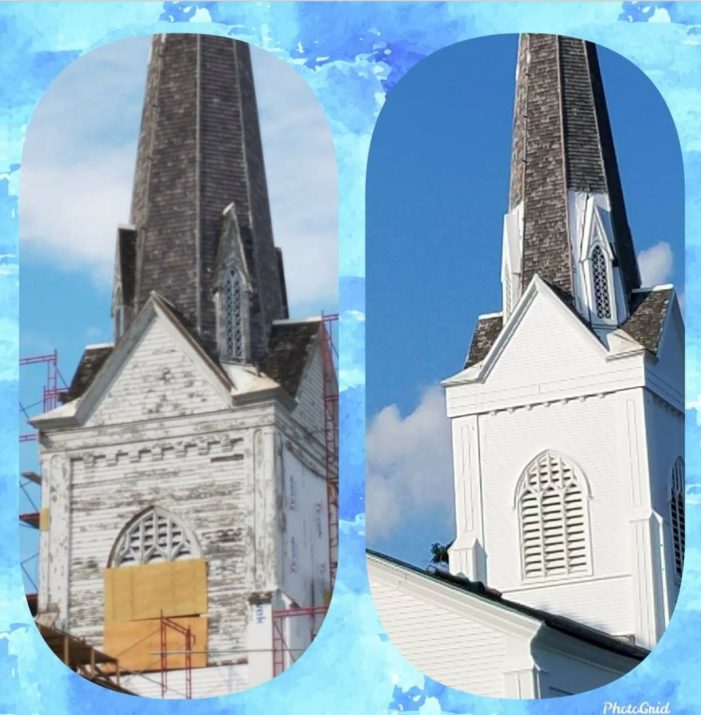 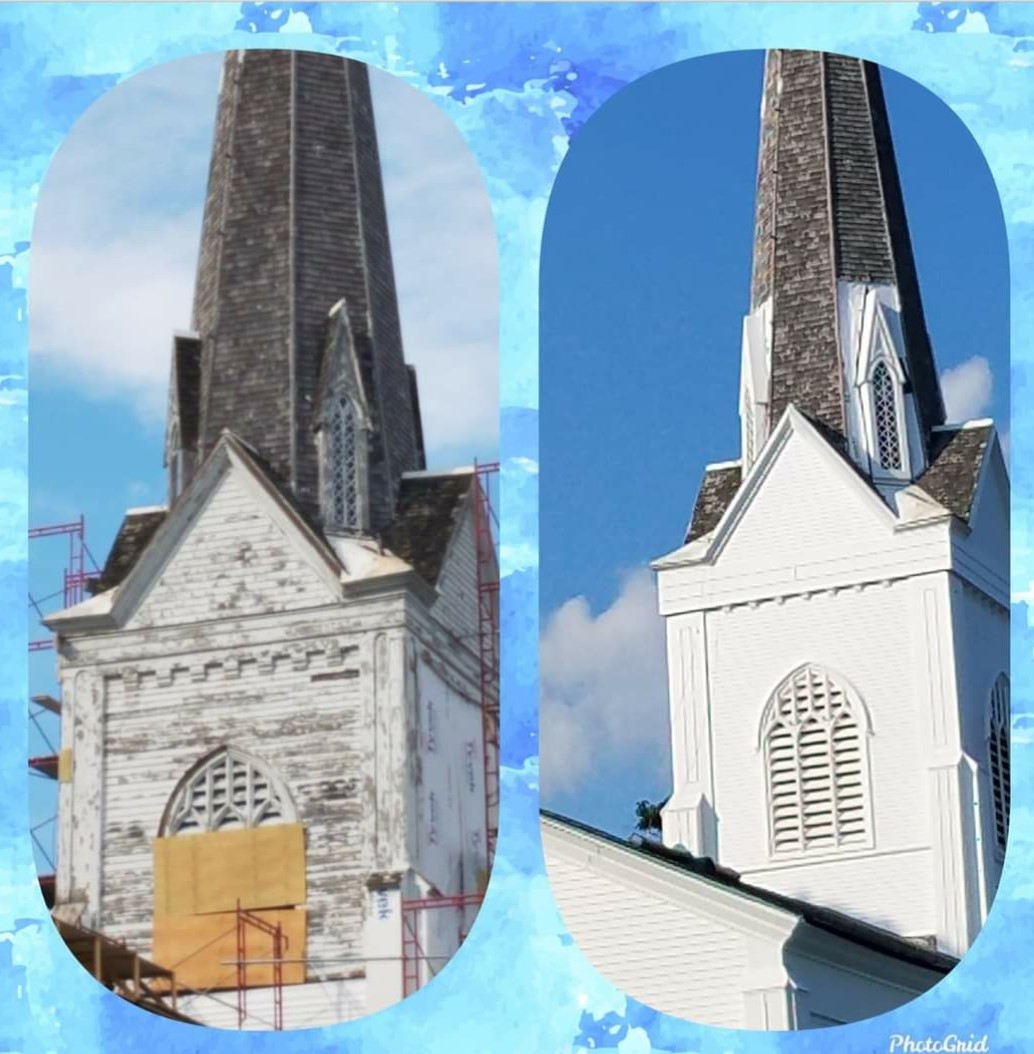 The renovations were needed, and a new paint job just wouldn’t be sufficient.

Alan Ravo is the Treasurer and is also involved with buildings and grounds for First Presbyterian Church, located on Route 46 in Hackettstown. The structure, which was last painted back in 2000, also had at that time a new roof put on, and leaks taken care of near the top. “It cost $500,000 for various work and activities,” he says, recalling the prior upkeep. “And, after about three to four years, the paint starts to peel. At that point, it was sitting on wood that was 150 years old.”

So, rather than continuing to paint and spending $80,000 – $90,000 each time, the church approached the town and asked if they’d approve an entire exterior vinyl siding project. The town initially declined, seeking to keep the historic integrity of the original part of the building intact.

However, in 2015 the town allowed the church to vinyl side the back part of the structure, which was added back in the 1960s and includes Heaven Sent Nursery School. When Ravo was at the construction office following the back-side project, the town asked him, “When are you going to do the church?”

“They opened up the discussion,” says Ravo, “and there were other buildings in the historic district that had been sided. So, we knew we were going to do the siding. The original was clapboard. As long as we maintain and mimic that, it’s okay.”

The prior three First Presbyterian Church buildings sat across the road (and in fact, one still does, affectionately called “The Chapel” by the congregation), while the fourth, current building was built in 1861.

The congregation itself dates back to 1763. Rev. Brian Merritt is the interim Pastor.

The total overhaul was ready to swing into action. Funds were donated to the ‘Building On Generosity’ capital campaign. The architect for the project was HQW Associates, Lamb Studios did some restoring of and installed protective covering for the stain-glass windows, and project contractor was Sphere Construction. The total cost to protect the windows (“113 years old, and they are stunning,” says church Music Director and organist – and Alan’s wife, Lorinda Ravo) was $118,500. Adding in a proposed winter or spring steeple project, which should be $90,000, initially set the entire restoration project at a cost of $647,000.

The project’s specifics were increased when, on Monday, April 13, while work was underway replacing all the rotted 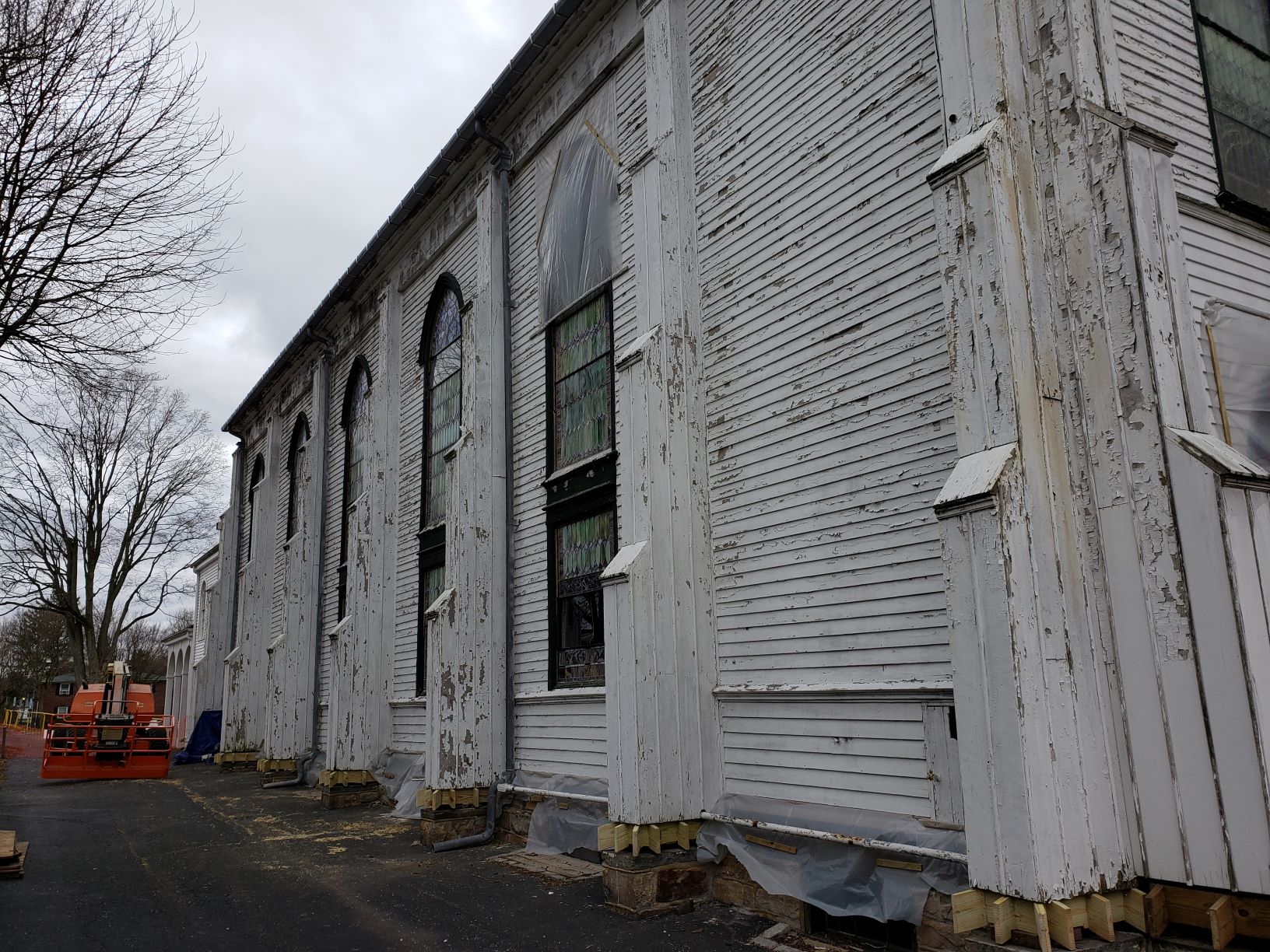 and damaged wood around the bottom of the building with new boards and plywood, a neighboring property tree came down and took out one of the stained-glass windows of the church, and also pushed the interior wall in 1 ½’. This meant the window design had to be recreated and the window reinstalled, the wall had to be stabilized, and carpet damaged encouraged that new carpeting be installed, which involved plumbers disconnecting and removing all the radiators, and all the church pews being unbolted and stacked, all of the beforementioned being returned to norm after the carpet was in place.

When completed, an extra $117,000 was added on, placing the final the price tag in the $1,000,000 neighborhood. The entire building now has vinyl siding, buttresses of the building are now made of PVC, and so is the trim around the windows. Also, the louvers and dormers in the bell tower have been restored. “The only thing that is painted are the front doors. They’re still wood. The trim around them, just like the windows, is PVC,” says Ravo.