For Mount Olive Author, it’s All About the Writing 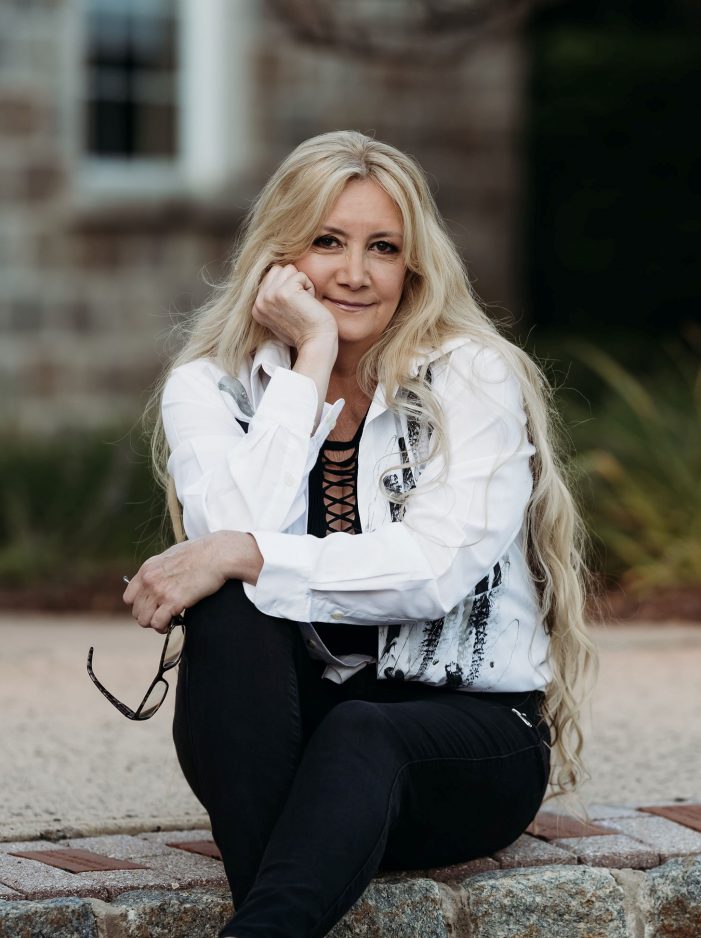 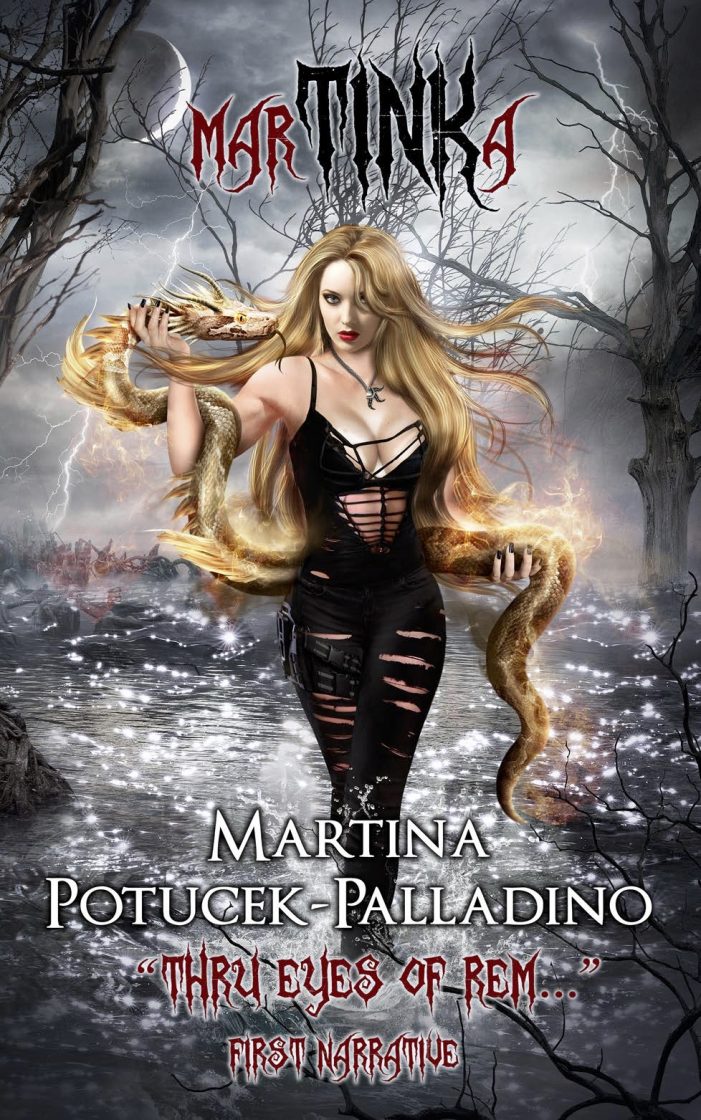 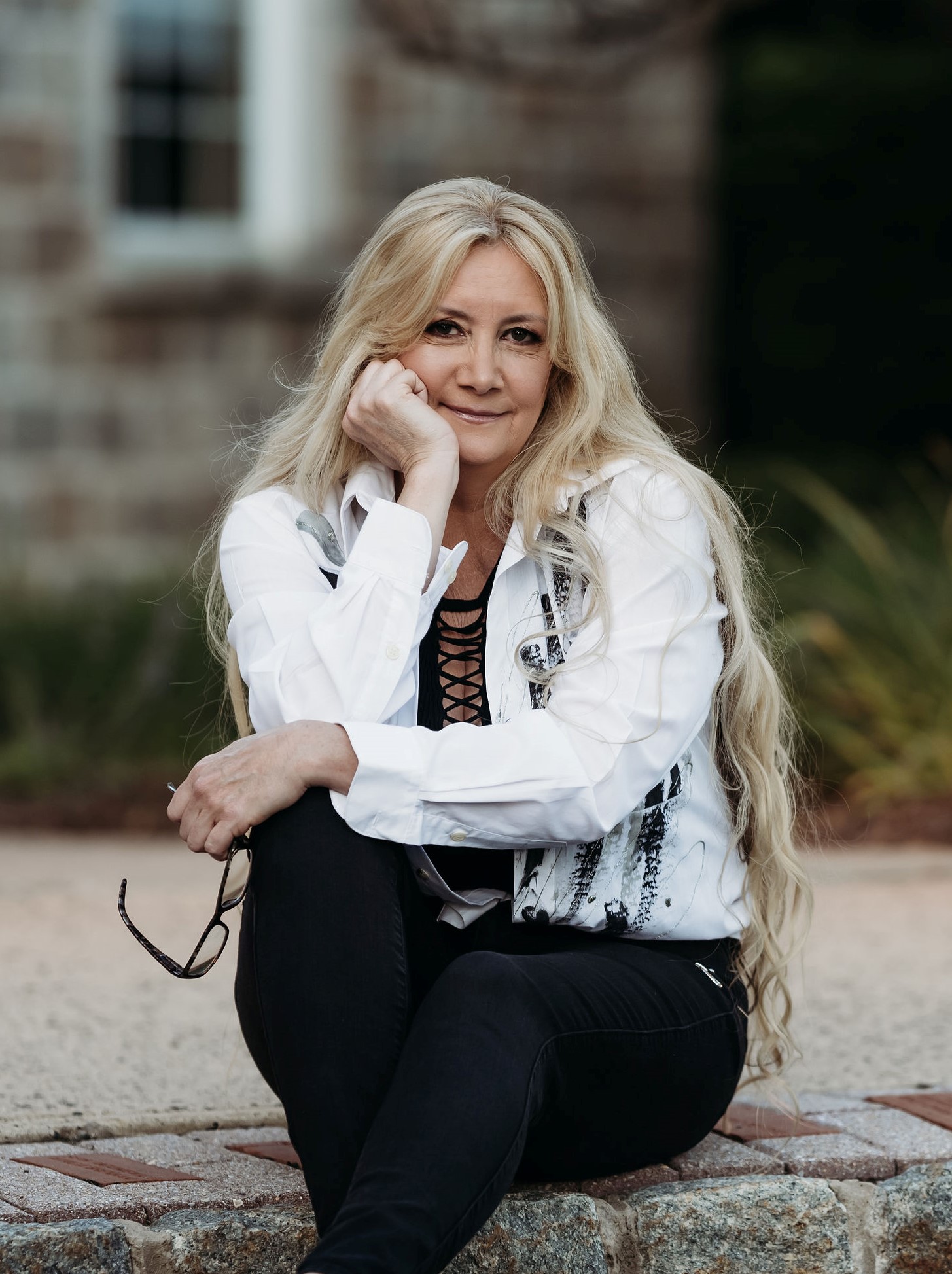 Mount Olive’s Martina Palladino never set out to be a published author. Although she loved writing as a kid, Palladino never imagined that she’d find her way to writing as an adult. Palladino, who does eyelash extensions, has found her joy as she produces her novel series, Thru Eyes of REM.

Palladino’s books are all based on a recurring dream that she had over 20 years ago.

“I had a dream and it was one of those dreams where I just remembered all of it,” Palladino says. “It was like these two people in the woods were meeting for the first time. It was really weird but I was the girl who had these magical powers and Tommy, he was the guy. I kind of just threw it to the side but the dream kept coming back night after night. It stayed with me for a long time and then one day it just went away.”

After shelving the idea away, Palladino’s two children had to produce a school assignment where they each had to write a children’s book. Her two children encouraged her to write her own book and they could turn their individual books into a family project. Palladino once again shrugged off the idea, not knowing what to write about.

“My daughter knew I loved vampires so she told me that I should write about that. What was weird was that they didn’t know about the dream I had. It didn’t come to me until I was driving and I decided to just do it. I came home that night and wrote the first two chapters and it was pouring out of me. I couldn’t type fast enough,” Palladino said.

According to Palladino’s website, the books “all started with a dream… she dreamt of him, and he, of her. Martinka has known him, in her mind, always, and yet has no idea if this man she calls ‘Tommy’ even exists. Tommy, an old and powerful vampire, and heir to the throne of the Vampire Kingdom, has longed and searched for her for nearly a thousand years. He has foreseen her in his dreams, his visions, and believed his ‘Queen’ would one day exist. The wait is over… their story begins in a clearing where they see each other for the first time. Tommy’s evil rival, Derek, also an old vampire, takes notice and sees the look in their eyes. He knows he needs to put an end to what has not yet begun. King Josef, Martinka’s uncle, needs to protect the connection they share. He vows to himself that all will unfold once the true King and Queen take over his reign. As Martinka and Tommy are drawn together, Derek manages to take her away. Martinka promises to return, but the evil witch, Demonica, who abducted Martinka when she was just a child, tricks them all so she can pull off the body switch of the century and become Queen. Neither Demonica, nor Martinka’s parents, are aware of the magical serpent Martinka has, or that she is mystically linked with this ‘pet’ she calls Jinx. Jinx possess extraordinary powers, as does Martinka, and together, they perform feats of magic unlike anything any other supernatural being has ever bared witness to. Meanwhile, Tommy spirals into an illusory dark madness, battling between reality and delusion. He meets Lorenzo, whom he refers to as his savior; the one who was sent to help him end his existence. Martinka reappears, Tommy rejects her, someone dies, and Martinka magically vanishes. Moments later, the dead reawakens… So, as their story began in a clearing, it ends in another clearing… for now. This magical, action-packed, adventurous, love story is complex, yet insightfully clear in its message. Sharing their journey will challenge you emotionally; you will be exposed to five convoluted points of view as you head-hop between characters that reveal their loyalty, respect, power, deceit, despair, delusion, lust, longing, and love. Travel with them to six different lands filled with intrigue and angst. And yet, this is just the beginning…”

Palladino primarily sells most of her books at local conventions. She’s been easily found at the Supernatural convention, The Originals convention, and the Vampire Diaries convention. She sets up her own little booth and sells her own books. The response to the books? Palladino says it’s been overwhelming.

“People keep coming over to my booth and they are so excited to find out when the next book is coming out. People want a taste and to know when to expect the next book and it makes me feel so happy and accomplished,” Palladino said.

While at these conventions, Palladino is often approached by aspiring writers asking for the best piece of advice that she can give them when it comes to writing. For Palladino, she urges anyone who is thinking about writing to just do it.

“Everyone has an imagination and I’ve had people approach me at conventions and say ‘I’m an aspiring writer’. I tell them to just keep writing and when you come upon whatever story you are writing that you think you can turn into a bigger story, its an amazing feeling. You should always believe in yourself and just know that you can do it,” Palladino says.

Palladino’s books can be found on Amazon, Barnes and Noble, Books A Million, and more. For more information, visit www.martinapalladino.com.