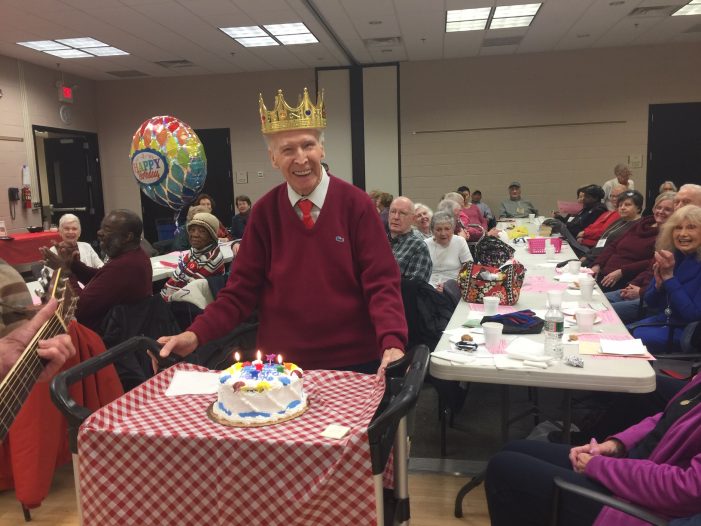 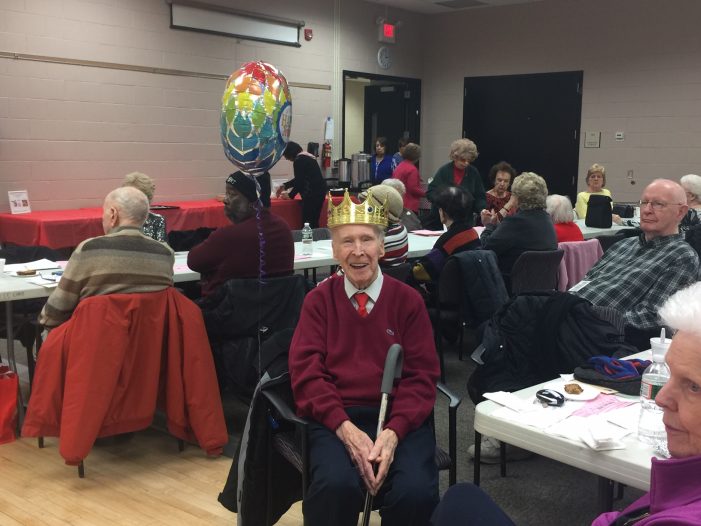 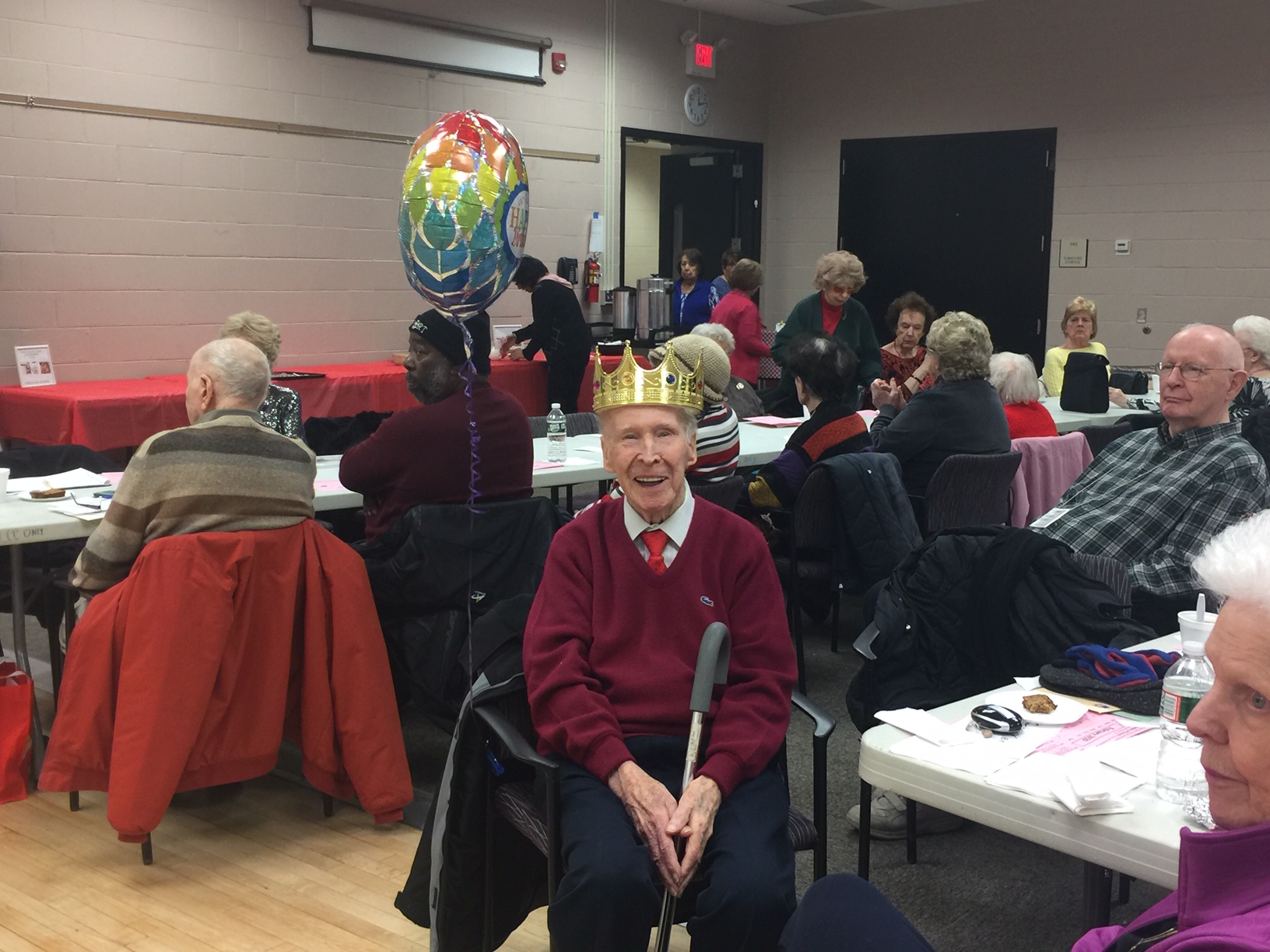 Roseland resident George Klein resided in Livingston most of his life and volunteered for many wonderful causes. He turned 100 on February 11th and celebrated with two big parties: one with fellow AARP members at Livingston’s Senior/Community Center and again dining and dancing with his family and friends at The Hanover Manor.

Klein, who is known for his “true stories,” humor and charisma, was born in Newark in 1920 and graduated from West Side High school. He served in the Navy during WWII. Klein met his future wife, Doris, while riding horses and was an equestrian for many years. He and Doris married after the war and settled in Livingston. He recalled, with a chuckle, that they bought a new house for $16,000.

Klein has three adult sons, each of whom visits him once a week. He also has four grandchildren and two great grandchildren.

Professionally, Klein was a final inspector at Thomas Edison Bell Laboratory where he worked for 37 years. He retired in 1962. When he wasn’t working, he and his wife devoted a great deal of time volunteering for Saint Barnabas Hospital. His retirement has spanned decades, during which he has volunteered a great deal of time to helping others.

Klein was one of the original founders of AARP (American Association for Retired Persons), whose website cites their mission as “to empower people to choose how they live as they age.”

Other volunteer positions that Klein has held throughout the years include Little League and basketball coach and Livingston Memorial Library volunteer.

Klein has been a member of Livingston’s Old Guard for three and a half decades. The group of “retired gentlemen” meets weekly to organize activities, educational/motivational speaking events, trips, parties, charitable work and more. The Old Guard has many sub-clubs including a Poetry Club, Financial Club, Bridge Club and more.

Klein loves to entertain people and is a singer in the Livingtones, a Glee Club formed by the AARP in 2011. The Livingtones visit assisted living facilities, nursing homes, veterans and other places to sing and spread joy. They also perform at events like Livingston’s Intergenerational Prom.

What does a 100-year-old man do in his spare time? He continues his volunteer work and enjoys his club activities. Klein visits the Roseland and Livingston libraries to watch movies and read magazines. His favorite publications are Time, local newspapers and the Star Ledger.

When asked about the secret of longevity, he revealed that his parents both lived to be octogenarians. He doesn’t eat much and says he’s “not a health food fanatic.” Klein says he’s “busy almost everyday.” He keeps stimulated socially, mentally and emotionally—all of which are good for one’s wellbeing.

He noted, “People are living much longer now and are valuable assets to the community.” He feels that seniors are more appreciated now than 20 years ago. However, he wanted to know “what women [are] doing to men that they outnumber males so much at nursing homes.” That’s another key to feeling young, a good sense of humor.

One tip he offered for aging well was to “hug lovely widows to feel young at heart.”

Branquinho looks forward to seeing Klein at senior events. “George is quite the force of nature among our seniors. Everyone absolutely adores George and his ‘true stories.’ His continued involvement in the community has demonstrated what a kind and giving human being he is and mostly an inspiration to all including myself.”

Branquinho admires Klein’s ability to encourage others. “He makes us want to be and do better…life is not just about serving our needs but how we can help others through their difficulties, even if it’s by telling a few jokes.”

She added, “George exemplifies the true meaning of ‘service above self’ and he has a lot of fun doing it. He brightens our days. He’s one of the most remarkable individuals I’ve ever known. Happy Birthday, George!”

Klein shared that he “feels blessed to have many friends.” Clearly, his friends value him for being fun, kind and giving back.