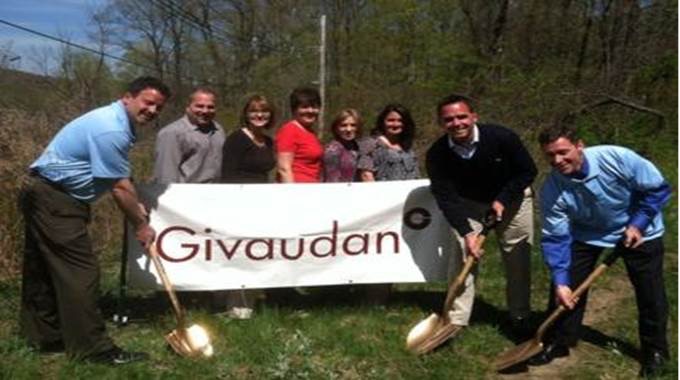 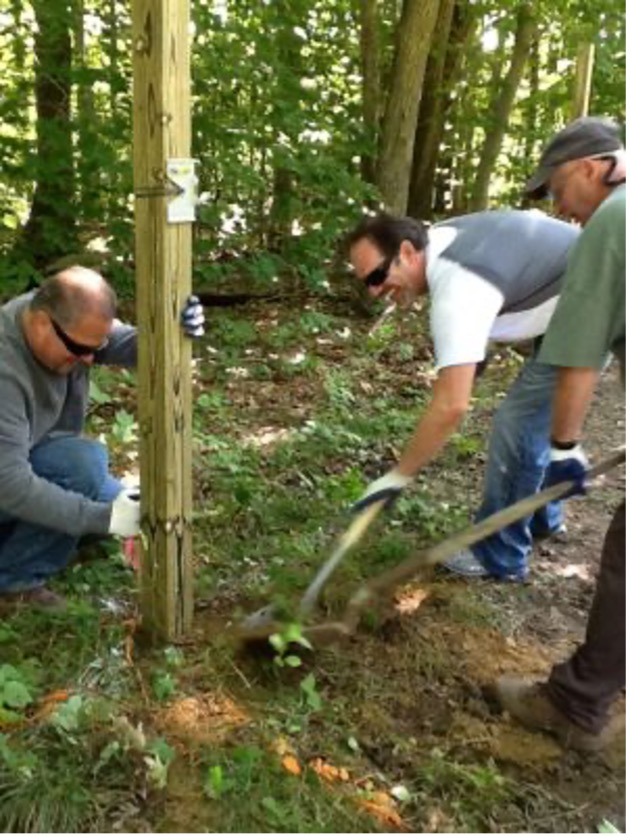 In a rustic setting along the former Morris Canal, a team of Givaudan employees along with interested volunteers labored together along the towpath of the once-bustling canal.  The project was to add an asset to the community and aid to individuals with visual impairment.  This mile-long stretch, known as the Givaudan Braille Trail, is today a passive stroll into the past on a corner of the International Trade Center.

The project was funded largely by the Givaudan Fragrance Corporation, located on Waterloo Valley Road in the trade center, along with National Recreational Trail grants to both Mount Olive and Stanhope and in-kind contributions.

Scores of 4″ by 4″ wooden bollards were embedded into the earth with guide ropes strung between for the visually impaired to safely navigate.  This mile-long segment of the former canal can be accessed from the foot of Plane Street in Stanhope, continuing along the water-filled canal bed, past the remnants of the canal lock tender’s house continuing out to Continental Drive in the trade center.  The project’s length is ADA accessible.

The Morris Canal was a driving economic force from 1829 until 1924 when it primarily transported coal from Pennsylvania and limestone, iron ore and building products from western New Jersey to towns along its course to its journey’s end at Newark.  In its later years, the shift to more efficient railroads caused its demise.  The state is working to create passive redevelopment along the remaining segments, known as the Morris Canal Greenway, once the 107-mile canal. The Morris Canal is located along the northern border of Mount Olive Township, where it travels through the historic Waterloo Village, and closely follows the path of the Musconetcong River.

The Braille Trail is another example of our local businesses bringing people together while giving back to the Mount Olive community.  If you enjoy walking do not miss the opportunity to take a relaxing stroll through local history.