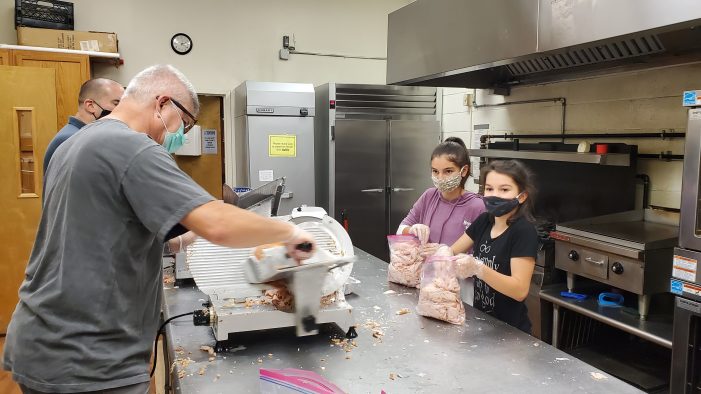 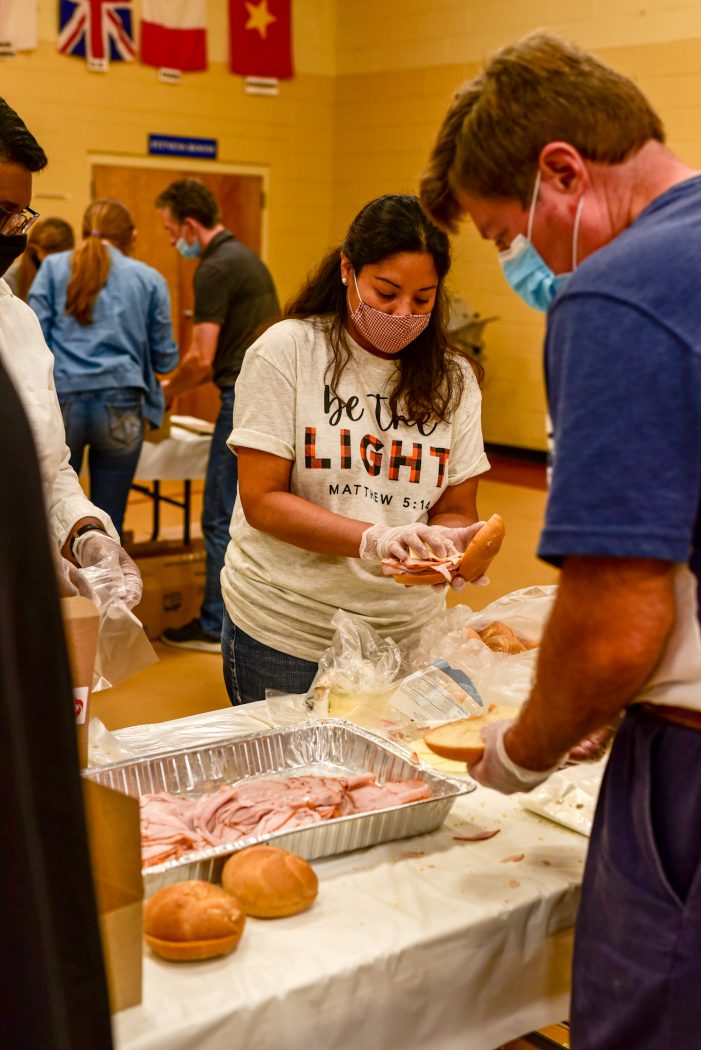 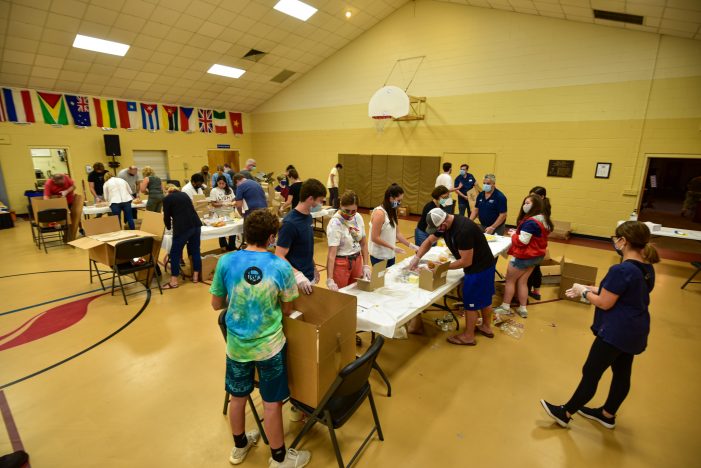 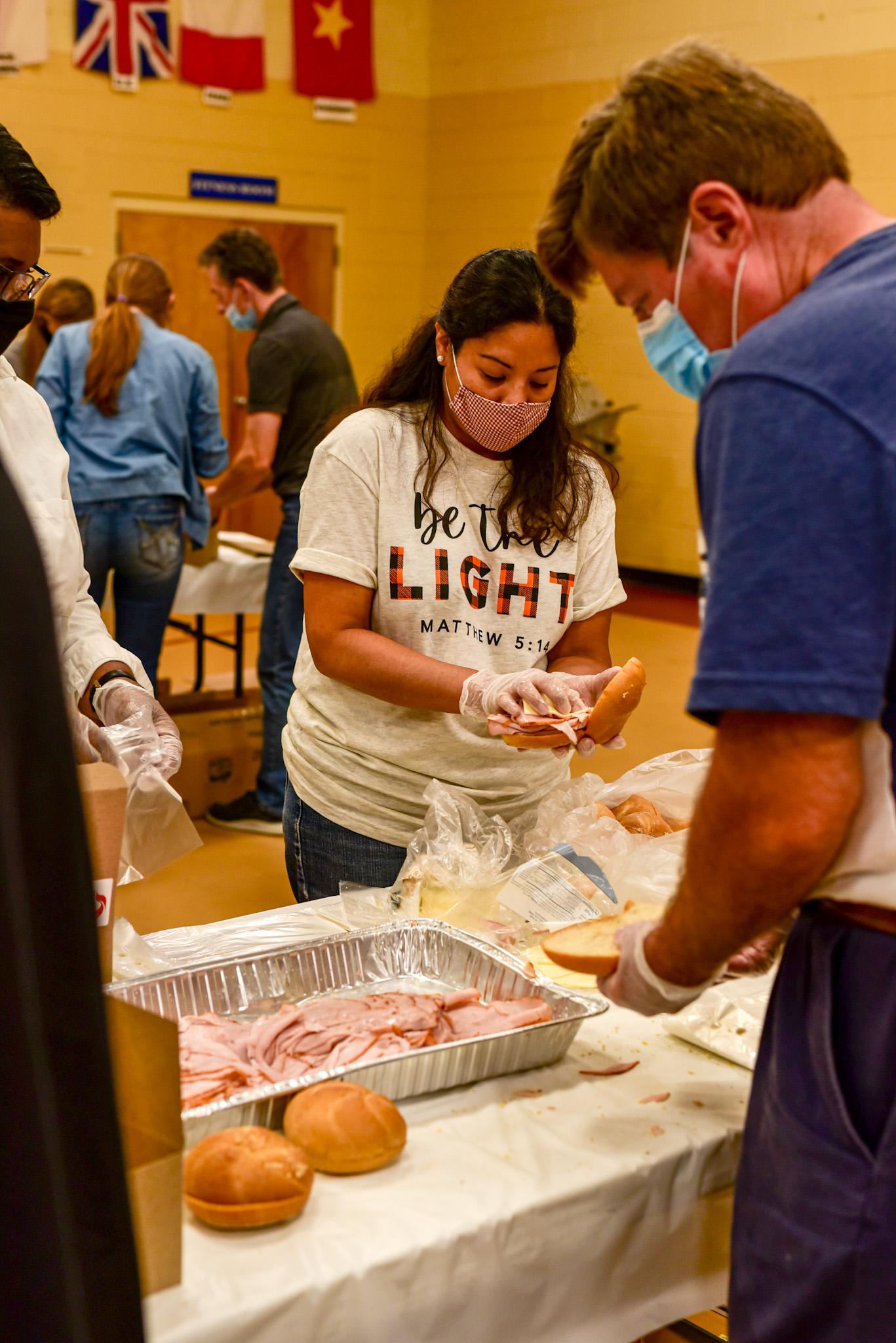 A few years ago, Rev. Dr. Frank Fowler was sitting by a lake in New Hampshire reading a sermon by his spiritual mentor.  The sermon was based on the Bible story of Jesus feeding 5000 people.   Earlier that same week, Fowler had read about a church in Washington, DC which had done a Caravan of Hope.  Through that project, a large number of meals are assembled and then distributed to help feed the homeless and needy.  Fowler took the sermon as a sign that his church, Trinity United Methodist in Hackettstown, should do a Caravan of Hope.   This September, the church did its third annual Caravan of Hope.  Some changes had to be made due to COVID, but in the end, 2,232 people were fed by the meals assembled.

Church members Jane DeWitt and Glenn Ashton were co-chairs of this year’s Caravan of Hope.   Ashton, plus volunteers, Barbara Madaras and Linda Gonia, commented about the experience.

Ashton, of Hackettstown, shared about some of the particulars of the project.  People stood, socially distant, in assembly line fashion putting together the meals.  The meals included a freshly made turkey sandwich, an apple, Fritos chips, pack of raisins, mayo and mustard packs, and a bottle of water.  Also, included with each meal was a note or drawing from a person in the congregation, mostly children, to bring a smile to the recipient.  After the meals were assembled, they were put into boxes and put in refrigerator trucks for storing before delivery to their destinations.

“Normally this mission is funded through a combination of community and church member donations, local business donations, and grants from a couple of foundations.   Due to the effects of COVID on our economy, we decided not to solicit donations from the community and church members this year and were totally financed by local personal and foundation grants,” explained Ashton.

Businesses that donated items included Weis of Hackettstown (which  donated the water); Rogers Rentals of 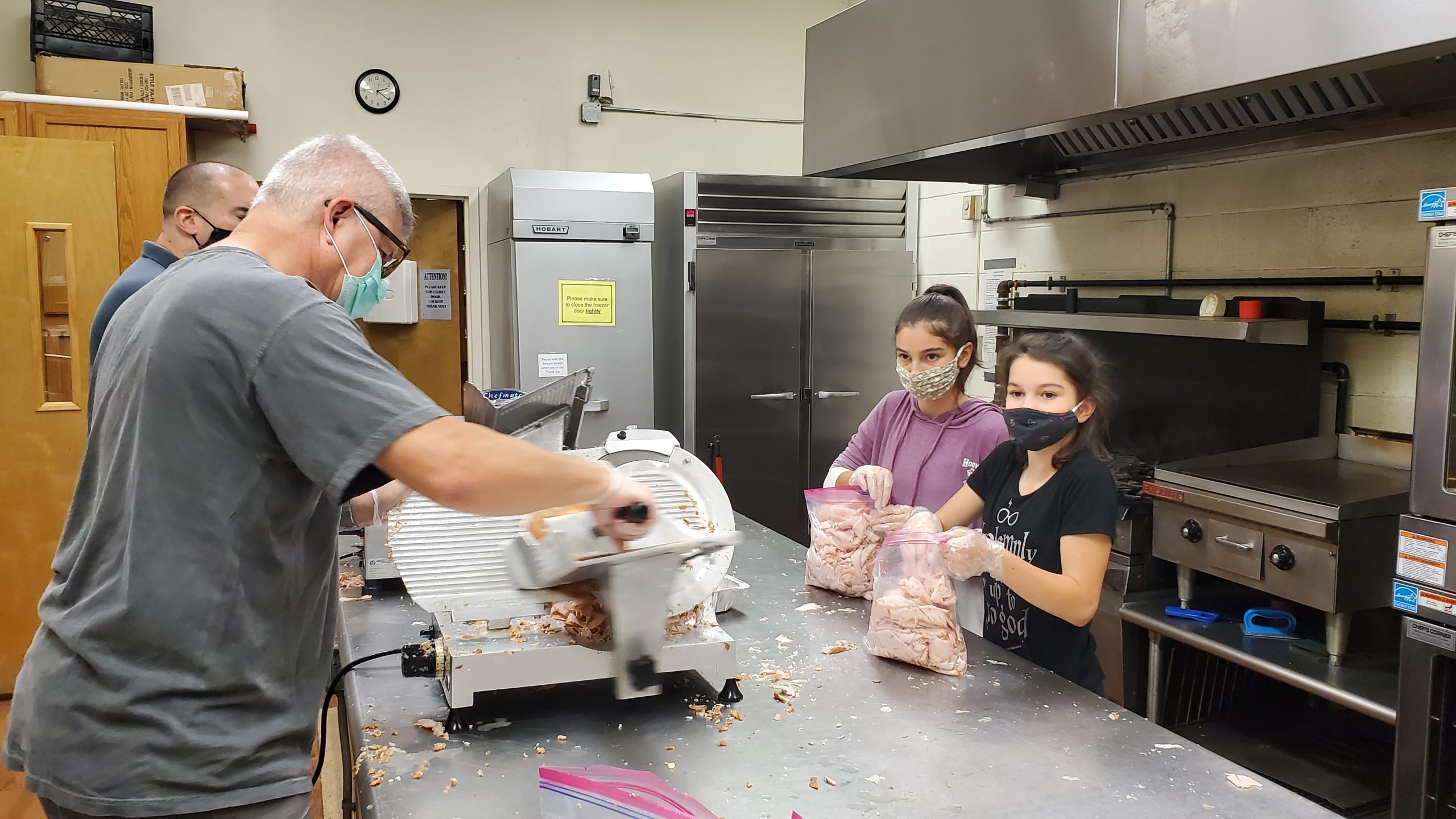 Though the number of volunteers had to be kept lower than usual because of COVID, those who participated included Trinity members and some friends, plus Centenary University students from athletics and theater.

Barbara Madaras of Long Valley, was involved with the up-front contacting of the organizations that would be receiving meals.  She was inspired by the stories of who they help and how they help. Among those were, “Debbie, the volunteer coordinator at Market Street Mission in Morristown directed me to the website to see pictures of their recent graduation ceremony to celebrate those who have graduated from an addiction program. Terry Nicholas from Allentown told me all about their ‘clean team’ of men who have been clean from addiction for a year and now serve the community by going out each week to help others with projects,” said Madaras.  She added that Nicholas told her, “It is worth all the effort if you feed one man one meal.”

Linda Gonia, of Hackettstown, worked on meal assembly and then went with the group that delivered meals to Shiloh Baptist Church.  There, Rev. Brantley asked if they had time to help hand out the 600 meals with 14 members of the Shiloh congregation.  The group went to a large low-income housing project.   “I was greeted with smiles, ‘thank you and God Bless You’ at every door,” she said.  Then, they continued down the street to a group of high rise low-income senior buildings and continued to hand out lunches to tenants there as well as people passing by on the street. Struggling people shared of losing jobs or having hours cut.  She talked to a man who had worked in a field similar to hers.  They had also lived, at some point in their lives, in the same parts of the country.  “I [thought] about how it could easily be my family needing these boxes, if circumstances were only slightly different,” Gonia said.