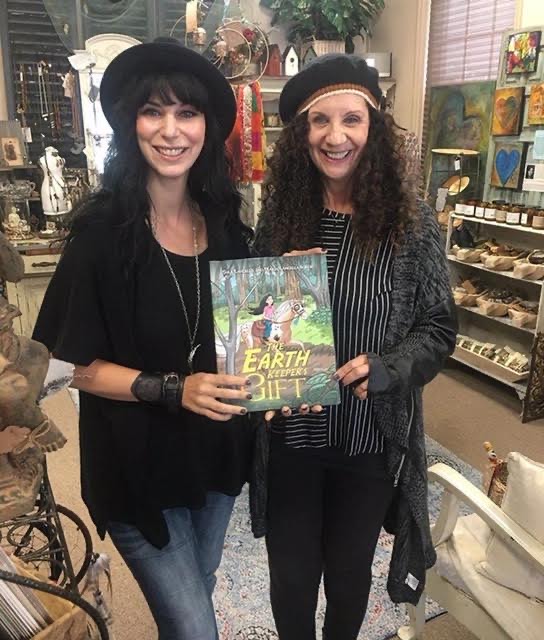 For Maria Langella-Sorgie and Tara Langella, writing has always been a labor of love. While cleaning out old hat boxes before remodeling her kitchen, Langella-Sorgie stumbled upon an old story that she and her sister had penned years ago. Calling her sister excitedly, the two came to the mutual decision to head down the publishing route. Now, The Earth Keeper’s Trilogy has taken on a life of its own.

“My sister and I have both grown up really connected with animals and nature and plants and herbal medicine. It sort of came about as us noticing that there is this connection we all have with the earth. However, as we get older, that connection gets lost along the way. We wanted to make sure that the connection was reawakened. For us personally, it just reminded us of this childlike wonder and joy within us,” Tara Langella said.

“Nimue is a version of Tara and I. All of Nimue’s doubts, were once our doubts in publishing. In the book, you see Nimue grasp it and get to know herself. I think that’s what happened when it came to putting out our book. We have to be brave and do it, just like Nimue had to be brave. The story grows just like we all grow and learn,” Maria Langella-Sorgie said.

Langella and Langella-Sorgie are hoping to inspire youths who read the book to remember to be kind and embrace others differences. They are also hoping to remind those who are older that the earth is truly a gift that should be treated with care and respect.

Maria, a mom and freelance writer and Tara, a professional voice actress, are both avid equestrians. Their passion for the earth and taking care of her is truly evident in their books, audiobooks, and their soon to be graphic novel and musical production. However, do the two have advice to other budding authors? They keep it simple; just do it.

“If you have the thought that you want to put out a book, do it. Do what Nimue does, take your talents and share them with the world. If you have enough grit, nothing can stop you. Be authentic. If you are truly authentic, and brave enough to be yourself, people will connect and relate to you. Your story will resonate,” Tara Langella said.

The Earth Keeper’s Trilogy is also available as an Audible audiobook as well. Both Langella and Langella-Sorgie are still amazed by what they are doing with their book every day.

“I’ve always written but I never thought to put it out into the world. I always wrote for myself and it was a sort of therapeutic thing for me. We’re both avid theater go-ers. It was the perfect timing for the two of us to release the book and it’s been a magical journey,” Maria Langella-Sorgie said.