I Remember Dad: A Most Sacred Moment at the old Canal Museum 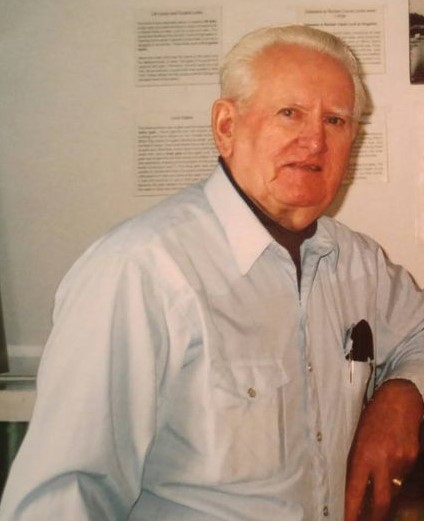 From 1994 till 2004, Dad and I frequently would spend all day Saturday, from dawn till dusk, volunteering as Tour Guides for the Canal Museum at Waterloo Village in Byram Township. I remember one such Saturday, in the Spring of 1995, that was a particularly special day that Dad and I spent at the old Canal Museum.

At the time I was working as a writer in the Public Relations Department of a large telecommunications company in Morristown. At the very same time, I was hosting the television talk show, “Cross-Talk.” I was debating whether or not it was time to springboard from the phone company and focus totally on hosting “Cross-Talk” which was aired on the Cable Television Network of New Jersey, based in Trenton.

As if that wasn’t enough to have on my mind, I had been dating Jennifer for almost a year, at that point in time, and was seriously asking her to marry me. But I was scared out of my skull as to whether Jennifer would say yes or no.

Dad and I always brought our lunches with us. Ham and cheese on a Kaiser roll, along with an apple and a glass container of iced tea. We would pack our lunches in a small cooler packed with dependable dry ice containers.

I remember that there was a welcomed lull in people coming in the museum for tours. Dad and I sat down, on the old folding chairs, in the museum room to the left-hand side as you walked into the museum, to eat our lunch. I remember it was Dad who saw right through me that I had a lot on my mind.

I didn’t know where to begin, when Dad told me that he thought that I had a lot on my mind. I don’t know how he knew it, but Dad knew something was heavy on my heart and mind. I felt a little uncomfortable, but I remember I began talking about Jennifer.

My dad liked Jennifer a lot. So, there was no problem there. But the whole core of the problem was that Jennifer felt strongly that I should stay at the phone company and continue to host the TV show as a part-time endeavor. While I was pouring my heart and soul into “Cross-Talk,” Jennifer looked at it as a nice hobby for me.

Things were not going all that great at the phone company at that time for me. They were in the midst of a massive downsizing. I mostly wrote articles for their in-house publications. There were rumors that the company was going to cut out publishing a lot of their in-house newsletters. And, there was a lot of tension at work, as a result of these rumors. But, still, Jennifer felt strongly that I was better off staying at the phone company and keeping the television talk show as a part-time job.

Dad always peeled his apple and then cut it into little pieces, while I would simply bite into my apple. Today, at 67, I no longer just bite into an apple. I find myself doing like my dad used to do, peeling an apple and then cutting it into small pieces.

It was while Dad was peeling his apple that he quietly listened to me, nervously tell him of my situation. Dad knew that I loved Jennifer very much. But, I think that deep down he was very concerned that the direction Jennifer had planned for my life, was not exactly in harmony with my own goals and dreams in life.

“Son, you have to decide what you want to do. I can’t tell you what to do,” Dad told me as he cut his peeled apple into small slices.

“I know Dad,” I replied as I contemplated my half-eaten apple.

“Richie, your girlfriend is a real nice girl. Don’t get me wrong. But I don’t think she can see that side of you that is driven to take chances and climb higher in life,” I remember my father telling me in a most somber voice.

“I just really like her, Dad. I mean I like her a lot,” I confessed to my father.

“I know you do son. I know you do. Look, there’s no rush to ask Jennifer to marry you. Just take a month or so to think it all out,” my father advised me.

“I guess you’re right, Dad. I’ve been keeping it all in, worrying about it all. I was like a tea kettle about to let out all this steam,”

“Just give it a month son. Just one month. Put it all on the back burner. There’s no rush, believe me, this ain’t no NASCAR race,” Dad gently told me.

Dad and I finished our apples, took a few sips of iced tea and then heard the squeak of the front door opening and a young family entered, eager to take the tour of the old canal museum.

Jennifer and I dated for about six more months after the heart to heart talk that my father and I had at the old Canal Museum. Sadly, we broke up. I think deep down, Jennifer had wanted me to play it safe, to stay at the phone company and to give up working on “Cross-Talk.” It was just something I couldn’t do, I just loved hosting the show.

At 67, I look back now at that little era of my life. In all so many ways, I realized that I couldn’t be caged in to the corporate mentality. It was shortly thereafter that I began working in the Editorial Department of a large advertising agency, that offered me vastly more creative freedom and opportunities. I knew, at the time, that Jennifer would have never approved of my leaving the phone company to jump ship to work at the ad agency. There are times, when I look back in amazement of how wise a man, my dear father was.