I Remember Dad: A Tale of Two Photos 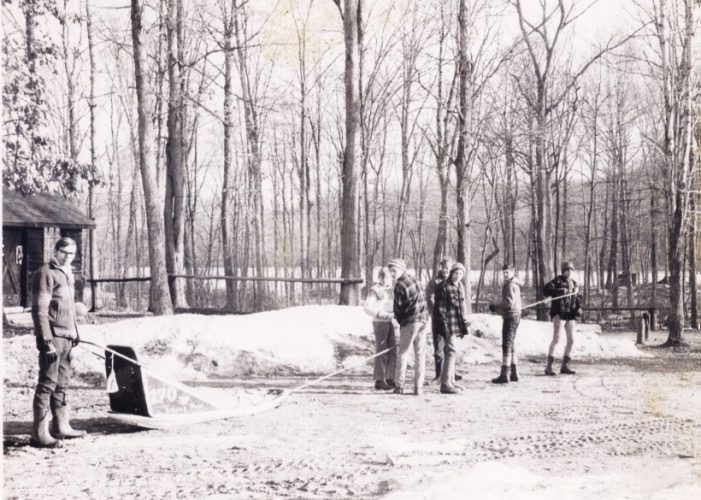 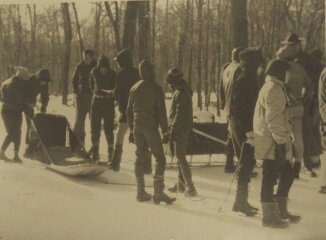 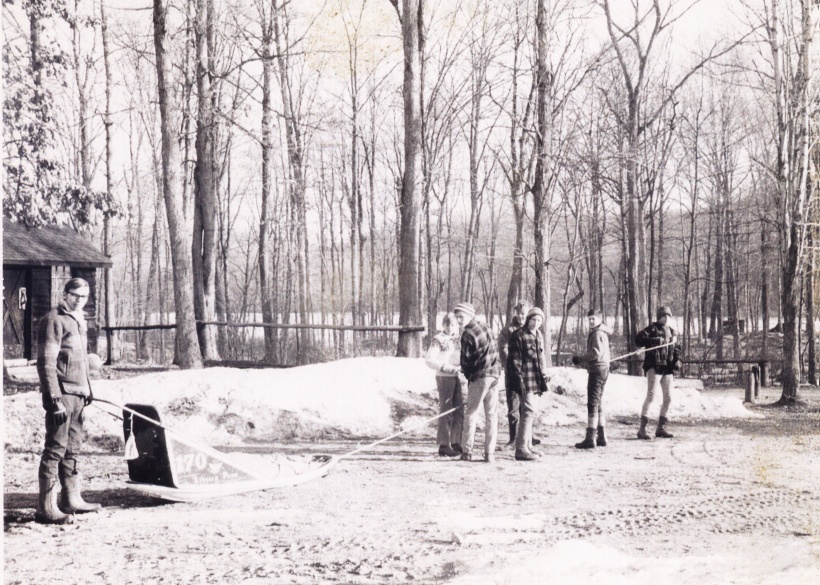 In January of 1971, I was 17 years old and a senior at Boonton High School. I was struggling with chemistry class and an advanced math class that I was taking. Although I was getting B averages in both classes, I was none-the-less, struggling. I had just earned the coveted rank of Eagle Scout. And, I had been appointed by the Troop Committee of Boy Scout Troop 170 to be the Captain of the Klondike Derby Team.

So, on Sunday, the tenth of January of 1971, I took command behind the Klondike sled with the greatest Boy Scout Senior Klondike Team to ever be assembled in the history of scouting. I confess that I am slightly prejudiced, even 50 years later, of how great my Klondike Derby Team was. Inwardly, I shook like a leaf. Outwardly, I did my best to give the impression that I was the leader of the team and that it was all for one and one for all!

I remember that there were a lot of scout troops competing that year at Boy Scout Camp Allamuchy. The Boonton District, in the hey day of the baby boom, took in a good 40 scout troops. And, to my amazement, Boy Scout Troop 170’s Senior Klondike Team won third place that year. We had a great team.

Just before my team walked the Klondike sled to the starting line, my dad took a picture of all of us. I remember Dad took that roll of film to the drug store, the next day. And, I began writing an article about the Klondike Derby, for the old Lincoln Park Herald, the next day. Mr. Marino then published my story and Dad’s photo in his small-town weekly newspaper. It was a most wonderful and magical moment in time.

Now, we fast forward to Sunday, the ninth of January of 1972. I am now 18 years old. I’ve just completed my first semester of college at County College of Morris. By the grace of the good Lord, I managed to make the Dean’s List. I was now writing articles for the Lincoln Park Herald and my college newspaper, Youngstown Edition. It is the day of the Senior Klondike Derby at Camp Allamuchy.

I am no longer the Captain of the Senior Klondike Team. I am now the youngest Assistant Scoutmaster of Boy Scout Troop 170. I have my trusty Kodak Instamatic camera with me, and I take a photo of my dad standing by the new Senior Klondike Team of Boy Scout Troop 170. The next day, after school, I take the film cartridge to the drug store. That evening, after supper, I write an article about the Klondike Derby for the Lincoln Park Herald. My story and my picture are published in that wonderful, old, small-town newspaper.

Two pictures, only two years apart. Both photographs held the honor of being published in the old Lincoln Park Herald. Both photos reflected how much things can change in just one year. Both pictures were a testament of the love between a father and a son.

Now, at 67 years old, I am becoming more and more aware of the wonderful relationship that I had with my dad. We both loved scouting. And, Dad always encouraged me to do my best at my writing. My father went Home to be with the Lord in May of 2005. I still miss him so very much.