I Remember Dad: Dad’s Letters to His Grandmother 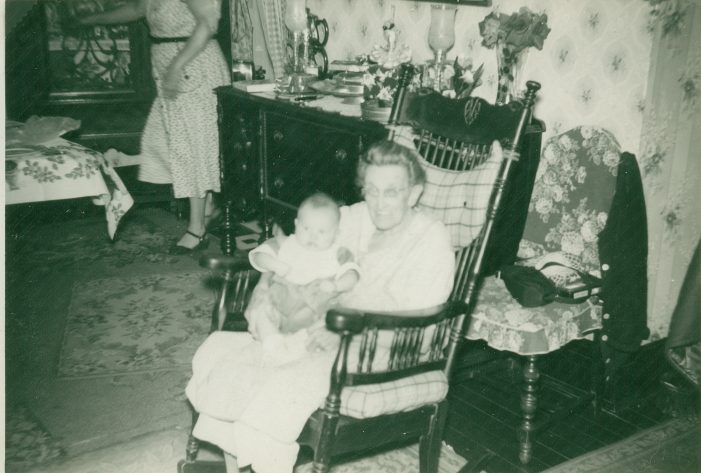 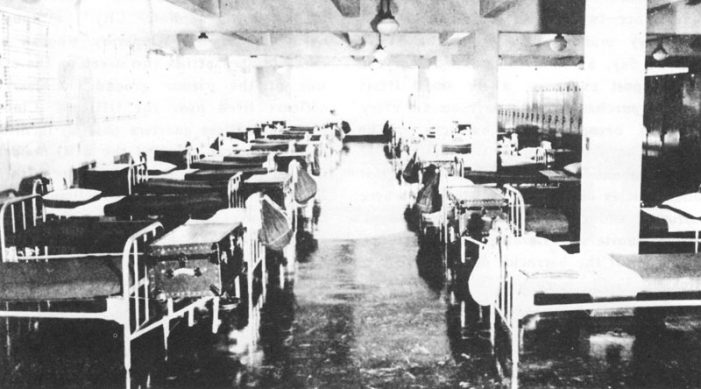 A rare photograph of how the inside of the barracks of Hickam Air Field looked during World War II.

There are moments in our lives where a single, solitary, seemingly mundane event, transpires to become a most monumental and sacred accomplishment in time. Such was the evening, back in the Summer of 1943, when my dad wrote a letter to his grandmother, Dora Dolson Mabey.

Dad wrote his letter to his grandmother from his bed inside the barracks at Hickam Air Field during World War II. Back then, the men of the United States Army Air Corps wrote letters on very, very thin paper to save on the cost of mailing.

I was only six years old when my great grandmother went Home to be with the Lord. But I still remember her talking about the letters that Dad wrote to her, when Dad was serving in the Seventh Army Air Corps during World War II. And one letter in particular had a profound effect upon my great grandmother.

I guess I was about four or five years old, when we used to visit Great Grandma Mabey at the old Mabey Homestead, in her stately living room. We lived in Clifton at the time. And, as a young child, I found the Mabey Homestead to be a most fascinating and enchanting place to visit. I had no idea, no clue, no indication that at the age of six, a most incredible and sacred turn of events would lead to the Mabey Homestead becoming my home for a long, long time.

Great Grandma Mabey had a rocking chair in her living room. She became a widow in 1936, at the age of 65, when my great grandfather, William Mabey, suffered a stroke and went Home to be with the Lord. There was a loneliness that loomed deep in the eyes of Great Grandma Mabey.

In Dad’s legendary letter, that he wrote to his grandmother from Hickam Air Field, he shared with his grandmother, his heart-felt memories of his grandfather. Specifically, picking strawberries from Earl’s Meadow with his Grandpa. Of Dad walking down to the old Morris Canal with his grandfather. And, very specifically, the time that Great Grandpa Mabey, Grandpa Mabey and Dad built the shed along Mabey Lane on Earl’s Meadow. It was a letter that my great grandmother dearly cherished.

I remember when I was seven years old and we were now living in the old Mabey Homestead. Dad let me climb the ladder to go into the attic with him. It was quite a big deal for a kid to climb up the attic ladder with his dad. I remember Dad asked me to help him look for the letters that he had written to his grandmother, while he was in the Army Air Corps. Sadly, we never did find the letters.

What became of Dad’s letters to his grandmother is a great mystery, that at times still haunts me. My great grandmother was a very organized person. She had a very sensitive and caring heart. It’s just odd that the letters were lost.

There was a part of my father that was a rugged, tough as nails, strong man. Dad was the long-distance truck driver, the Scoutmaster. He stood proud and loved his family and loved the Lord. Then, there was another side of my dad, that was a very sensitive and caring man. He secretly and quietly helped hundreds and hundreds of individuals; in the neighborhood, in his family, in scouts, in church, at work and in his community. My father had no tolerance for people taking advantage of him, but he would give the shirt off his back to someone in need.

I often wish that Dad and I had found the letters that he had written to his grandmother. It makes me very sad that they had gotten lost. I would have loved to have read my father’s recollections of his childhood, written when he was a young man at Hickam Air Field.

Life isn’t always fair. I cherish my early childhood memories of Great Grandma Mabey sitting in her rocking chair, talking about Dad’s letters. It had a great affect upon me. I think it was a factor in my decision to become a writer. I remember how Dad’s letters had so deeply touched his grandmother. I realized then, at a very, very age, the uplifting power of words.

In dreams, I often go back to the memory of visiting Great Grandma Mabey. Of her talking about the letters that Dad had written her. And, specifically one very special letter where Dad shared with his grandmother, the fond memories that he held in his heart for his grandfather. O’ to turn back the pages of the calendar, for even just a few hours.