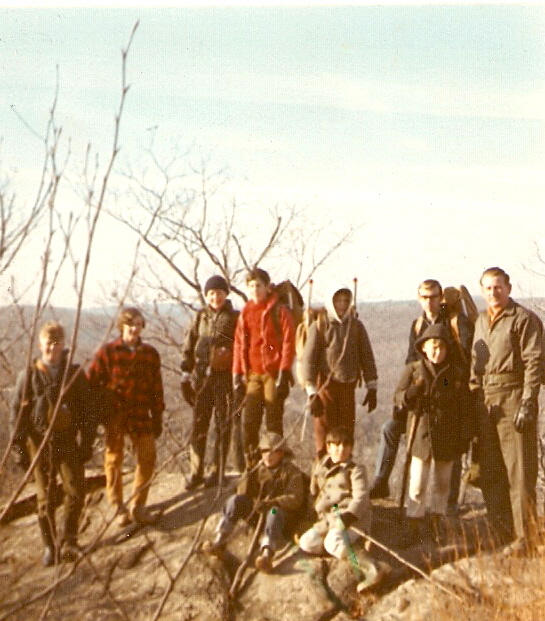 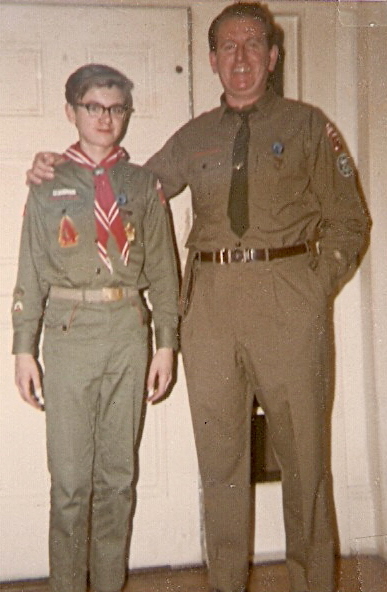 I am writing this column on the morning of my father’s birthday. Dad would have been 93 years old today. My father went Home to be with the Lord on the twelfth of May of 2006. That was over 14 years ago, I still deeply mourn his passing.

I wanted to take a break from my continuing story of Dad’s time at Hickam Air Field during World War II, and just reflect upon hiking the Appalachian Trail with Dad. As many of you know, Dad served as the Scoutmaster of Boy Scout Troop 170 from September of 1965 till June of 1994. He almost made 30 years’ service as a Scoutmaster. But even 29 years as a Scoutmaster, he was one of the longest, continually serving Scoutmasters in the State of New Jersey.

When you hike the Appalachian Trail; your food, your shelter, your clothing, is all on your back. And, you learn very quickly to sip, not gulp, the water from your canteen. You cannot hike the Appalachian Trail for one full week and not come out of it, being a different person. There is the beautiful canopy of the branches and leaves of the maple, the elm, the oak, and the pine to comfort you. There is the melody of the serene quiet. The sound of a babbling brook in the not-too-far-off distance. There is the song of birds. There is the enchanting moment of sighting a majestic buck. There is the wonder and magic of watching a squirrel climb a lumbering maple, at record-breaking speeds.

When you are hiking the Appalachian Trail, your pack becomes the back of your chair, and the seat of your chair is the hardened earth, covered with layers and layers of old, crumbling, gray leaves, when you take a few minutes to rest along the trail. In a week’s time, there is little doubt that you’ll need to pull out your poncho from your pack, at least one time, as the water droplets fall from the heavenly sky.

Then, there will be that moment in time, mid-week, at about three o’clock in the afternoon, when you have seemingly forgotten the demands and deadlines of living the lifestyle that you left a few days ago. And, it is in that moment that you fall in love with the trail, the woods, the birds, the wildlife, and want to walk the AT for the rest of your life. But, sadly, you know that just isn’t possible.

Then, there is always the scout who has three big cans of Dinty Moore Stew in his pack. More than once, I saw my dad quietly take out those big cans of stew from a scout’s pack and put them into his own pack. As I caught on to Dad’s act of compassion, I would quietly motion to Dad that I would take a couple of the heavy cans of stew, to put in my pack.

Dad would always do his best to make the long hikes, along the AT, an educational opportunity for the scouts. From learning the different quality of the leaves of trees, to learning the night-time constellations, to learning to distinguish the footprints of wildlife; Dad did his best to teach the scouts to instill a deeper appreciation of nature into the chambers of their hearts.

I loved my father so very much for teaching me to love and respect nature. Dad taught me that the beauty of nature was but a reflection of the God’s love for all of us. The beauty of the Appalachian Trail cannot be defined from a minister’s pulpit. I don’t mean to be disrespectful, but a week-long hike along the AT, is a most wondrous and insightful sermon unto itself.

I miss my dad so very much. I loved my dad so dearly. He taught me so very much. And, on this, the morning of his birthday, I inwardly say happy birthday to the beloved Scoutmaster.