I Remember Dad: Reflections of Patriotism 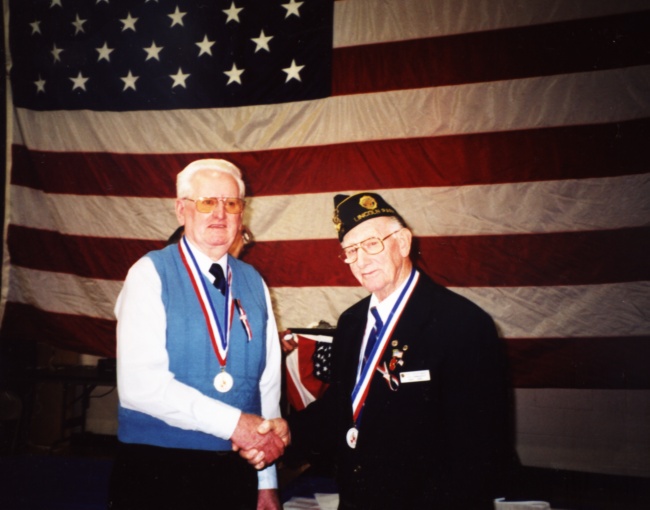 My dad enlisted in the United States Army Air Corps when he was 17 years old. At the time, his brother Edward was lost at sea. Uncle Ed’s ship had been sunk by a German warship. By the grace of the good Lord, Uncle Ed was saved by a passing British naval ship.

So, my dad’s decision to enlist in the Army Air Corps was two-fold. First, it was a very emotional and heart-felt response to the horrible news that his older brother was lost at sea. Second, there was in my father, in heart, mind and soul, a burning love and patriotism for America.

Now at 67, I look back at my own experience at 17, and it was all so different. At 17, I was looking into joining the National Guard. For myself, I thought it was the absolutely perfect thing to do. I could still attend college and at the same time serve my country.

While I did have a feeling of patriotism in my heart, I confess that my motivation to join the National Guard was not one hundred percent patriotic. My older cousin, Earl, was in the National Guard at the time and he told me all these wonderful stories of life at Fort Dix. How he and his buddies would go into town at night and have all so much fun. Plus, I remember when Earl would wear his army uniform to Grandma’s house, and everyone would make a big deal about him. It just seemed that the National Guard was a pretty good deal.

I came into this world with a congenital heart defect. That combined with a damaged Mitral Valve from having had Rheumatic Fever when I was 12 years old, put an end to my goal of joining the National Guard. My cardiologist was sternly against me joining the National Guard. In fact, he told me that he highly recommended that I did not sign up. He told me that my heart might not be able to endure the physical regiment of boot camp.

Despite my desire to join the National Guard, in my coming of age, I don’t think that I had quite the passionate, burning flame of patriotism that roared in the heart of my dad, when he was 17. I think, for the most part, Americans looked at the Vietnam War totally different than they looked upon World War II. In the course of about 20 years, America’s mind set had drastically changed.

My father served most of his time, in the U. S. Army Air Corps, in Hawaii’s Hickam Air Field, which neighbors Pearl Harbor. He was part of the crew that cleaned up Hickam after the Japanese attack on December seventh of 1941. Dad later worked on P-51 Mustang Fighter Planes at Hickam Air Field.

A lot of my Sunday School teachers, scout leaders, school teachers, neighbors, older cousins, and uncles were veterans of the Second World War. They held a quiet strength about them. There was a certain sadness that loomed deep in their eyes and from time to time, it would show. They were guided by common sense. And, they truly had this fierce sense of patriotism that burnt deeply in their hearts. I am indebted to each and every one of them.