I Remember Dad: The Campership 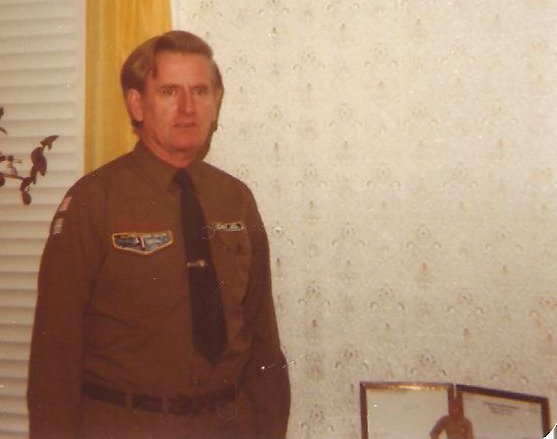 My father served as Scoutmaster for Boy Scout Troop 170 for over 25 years, from September of 1966 till June of 1993. Dad loved scouting. He deeply believed in the principles of scouting. He held the Scout Law, near and dear to his heart. Dad believed that scouting gave a boy a golden opportunity to become a leader, to grow to be a forthright citizen and to learn the basics of first aid.

There was a legendary program in Boy Scout Troop 170 called the Campership Award. It was a scholarship award of sorts that allowed a scout to attend summer camp for an entire week, with no charge to his parents. This tradition began, in Troop 170, when my dad became Scoutmaster.

Through this Campership Award, dozens upon dozens of scouts were able to have the fun and splendor of attending summer camp for a week at Camp Allamuchy, who otherwise may not have been able to attend. Mostly, it was presented to a scout whose parents may have been going through a bit of a financial stress. Maybe one of the scout’s parents had lost thier job, had big medical bills to pay, or may have had two or three sons in the troop at one time.

In the basement of the old Mabey Homestead, Dad had an old Cracker Jack tin box that he kept snugged away behind his collection of boxes of nails and screws. Every week Dad would put a few dollars in the Cracker Jack tin box. By early May of each year, Dad would have saved a couple of hundred dollars. Enough to provide two or three Campership Awards to worthy scouts, who otherwise would not have been able to go to summer camp that year.

My father was a child of the era of the Great Depression. He knew what it was like to do without. He knew the feeling of wanting a shiny, new bicycle for Christmas, only to get a handmade wooden toy that his father made for him.

Dad was the fifth of nine children. He served in the Pacific in the U. S. Army Air Corps during World War II. He knew the deeper meaning of the phrase, “take only the food that you’re going to eat.” Dad knew hard times. He was one of the men who helped clean up the aftermath of the Japanese air attack upon Hickam Air Field, right next to Pearl Harbor. I think it all left a scar upon my father’s heart.

I think scouting was my father’s ministry. It was his gift to the world. He never wanted to see a boy sit home while his buddies went off to summer camp. It was the whole reason that Dad started the Campership Award program.

Now, at 67, I live in a gated community in Central Florida. In my neighborhood the folks keep a steadfast watch on their stocks and bonds and IRA’s. And, I understand where they’re coming from. They are looking out for their own self-interest. But in this mist of this “me, myself and I” philosophy, I fondly remember Dad’s Cracker Jack tin box. How my father faithfully put a few dollars in the tin box, hidden away on his cellar workbench, each week.

These are tough times, there is no doubt about it. Still, I think there is still room in the heart of hearts, to find a symbolic, old Cracker Jack tin box. The giving heart, the caring heart, can have the power to change people’s lives for the good. In secrecy, when we sacrifice to give to others, we are truly partnering with the angels in Heaven.