I Remember Dad: The Guardians of the Gate 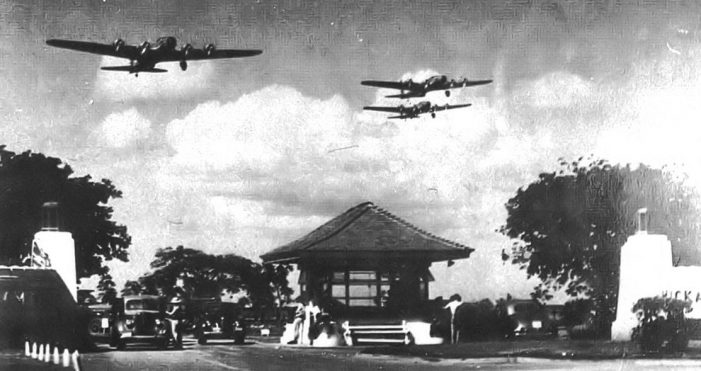 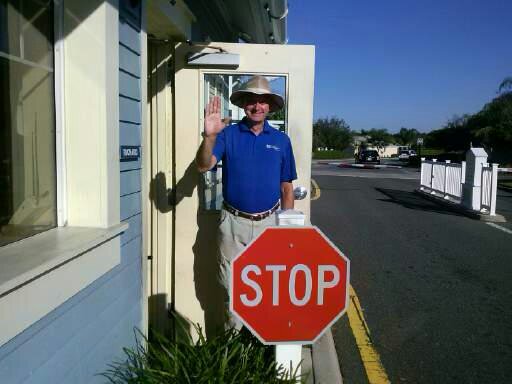 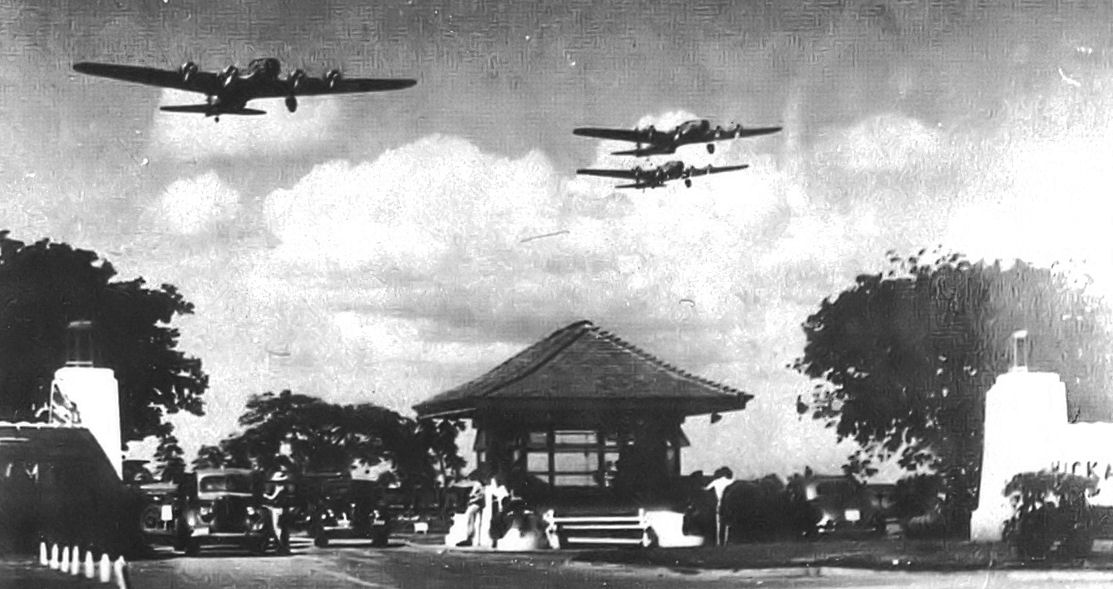 I so truly wished that I had paid greater attention to my beloved father’s stories of his time at Hickam Air Field during World War II. But I was oh so young back then and there were fly balls to catch, homework to do, go-karts to ride, comic books to read and tree forts to be built.

I so dearly loved my father. I loved his stories of a time gone by, of being surrounded by hundreds of P-51 Mustang Fighter Planes and B-17 and B-25 Bomber Planes. Of looking out from the airplane hangar and seeing the beautiful Pacific Ocean. And, just beyond the deep blue see, mountains and mountains.

In the past few years, I have learned first-hand one very important aspect of Dad’s time at Hickam Air Field, and that is the certain loneliness of being a Gate Guard in the small hours of the night.

During Dad’s time of service in the Seventh Army Air Corps at Hickam Air Field, during World War II, Dad often served as a Gate Guard at the main gate house. I can tell you, first-hand, that it is not an easy job at all. I think a person has to work as a Gate Guard for at least one full year, to understand the awesome responsibility of being a Gate Guard. A job that is often looked down upon and taken for granted.

The main gate house to Hickam Air Field was, and still is, known as Nimitz Gate House. It was named after Fleet Admiral Charles W. Nimitz. In photos, it can easily be seen that Nimitz Gate House is rather unassuming and free of any pomp and circumstance. It was the quiet stronghold for Hickam Air Field, during World War II. It still proudly stands, hailing the very same noble purpose.

I came to learn the loneliness, the awesome responsibility, the need to have eyes in back of your head; first-hand in the marrow of my bones, during my own time as a Gate Guard in the largest gated community on planet earth. I mostly worked morning and afternoon shifts. But, in my seven years of serving as a Security Officer in one of Florida’s gated communities, I also did more than my share of working the graveyard shift.

For about two years or so, I solely worked the graveyard shift. Although it was eerie and scary at times, I am immensely grateful for that opportunity. It helped me to better to understand a part of my dad’s service to his country, at Hickam Air Field.

Specifically, it was when I was 12 years old and battling rheumatic fever, that my dad would climb the stairs after supper and spend a good hour with me, talking to me about his years at Hickam Air Field. Dad often shared with me, that eerie feeling that prevailed when he worked the graveyard shift at Nimitz Gate House at Hickam.

One of the things that I remember most about doing the midnight shift, is that time period between two and three in the morning. They had one of those old-time, big clocks above the desk inside my gate house. It relinquished a resounding clicking sound, each and every second of time. I never really noticed it much during the daytime. But during the wee hours of the night, that clock would click so loudly, like a mind torturing trap that Batman endured from the Joker’s twisted mind.

I was required to keep the door to my gate house open at all times. Something that I dreaded at three in the morning. Even when I would be sitting at my desk, filling out forms and doing paperwork for the job, part of me tuned into what was happening at that door. A person develops a sixth sense about these things. I’m sure my father did also.

My desk faced the front window of my gate house, so my back would be to the door. The door was at my left-hand side. I developed an ability to use the big front window as a make-shift window to keep an eye on the door, while I did the required paperwork of my job. I am so very sure, that my dad developed the same skill.

I have tried my utmost best to find a photograph of the interior of Nimitz Gate House on the Internet. But as of yet, have not been able to find one. I wish that my dad was still with us, on this side of Heaven’s Gate House. Now that I know, in the deep marrow of my bones, what it’s like to serve as a Gate Guard on the graveyard shift, there are a thousand and one questions I would love to ask Dad.

One night, a snake slithered into my gate house. I am sure it he was just a common, ordinary garter snake. Still, it was a very real Twilight Zone moment. I remember that I took the end of the broom and let the snake wrap around the broom handle, then walked him across the side street to the open field. I remember thinking at that very moment in time, “did dear old dad ever go through this when he worked the graveyard shift at Hickam?”

I found that time went by painfully slow when I worked the graveyard shift. There is a loneliness that seeps into the chambers of your heart. It crawls its way into your wildest imagination. And every sound heard from outside, strikes the most frightening chord of your deepest subconscious fears.  A person develops an ability to be ever so alert, at all times, when doing the graveyard shift at a gate house.

Somehow and someway, I imagine that Saint Peter has assigned Dad to work the graveyard shift in one of Heaven’s Gate Houses. Perhaps, when it’s my time to go Home to be with the Lord, Dad will be at Heaven’s Gate House, holding a clipboard and say to me, “Richie, welcome Home.”