If Only the Walls Could Talk:  The History of Tom’s Diner 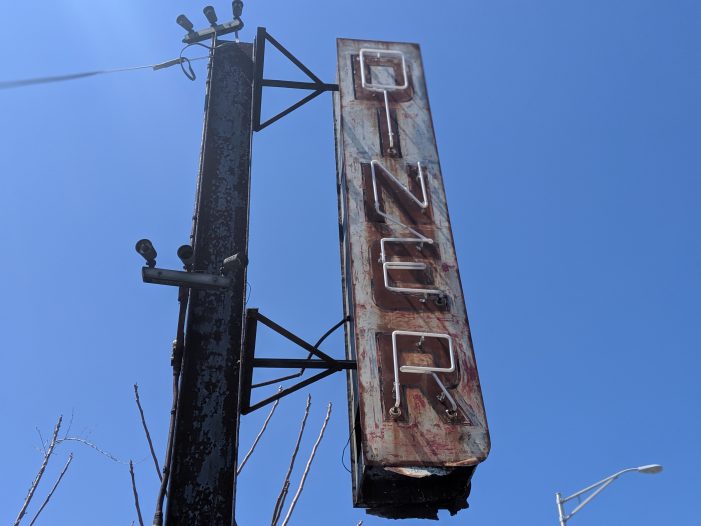 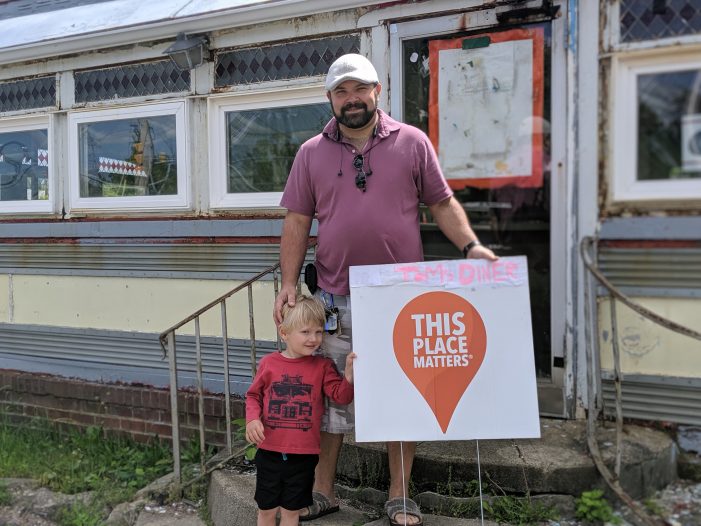 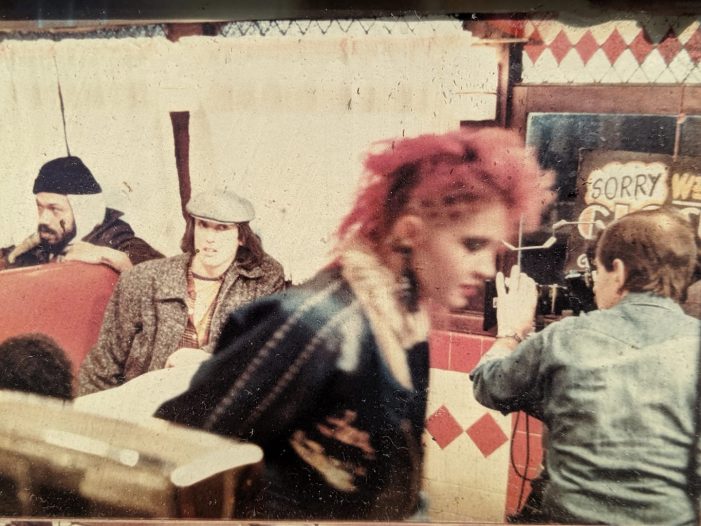 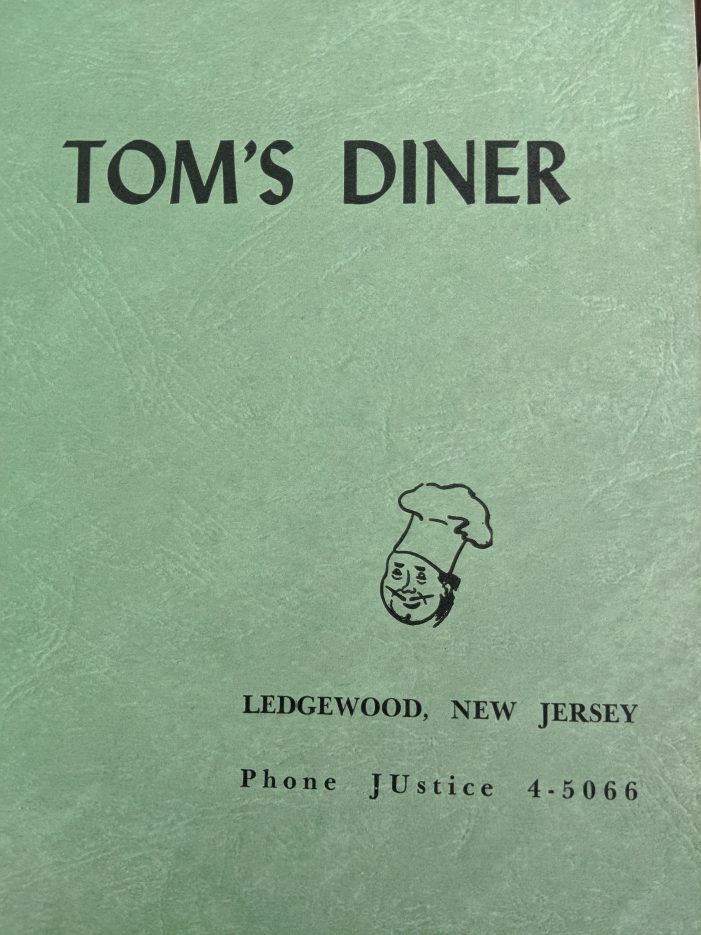 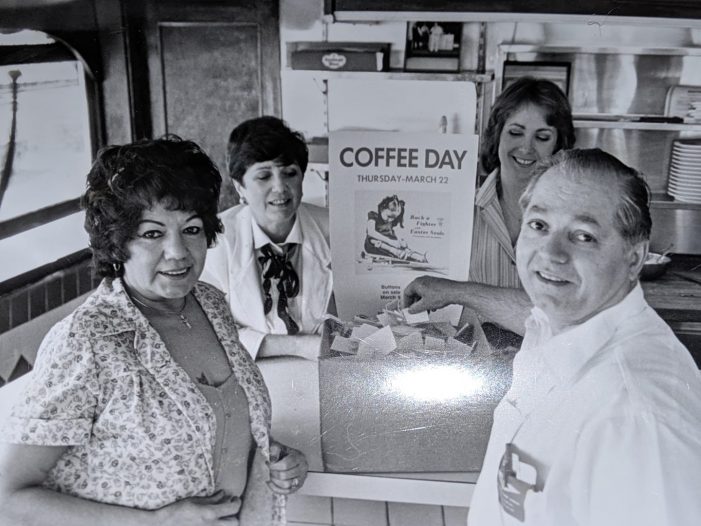 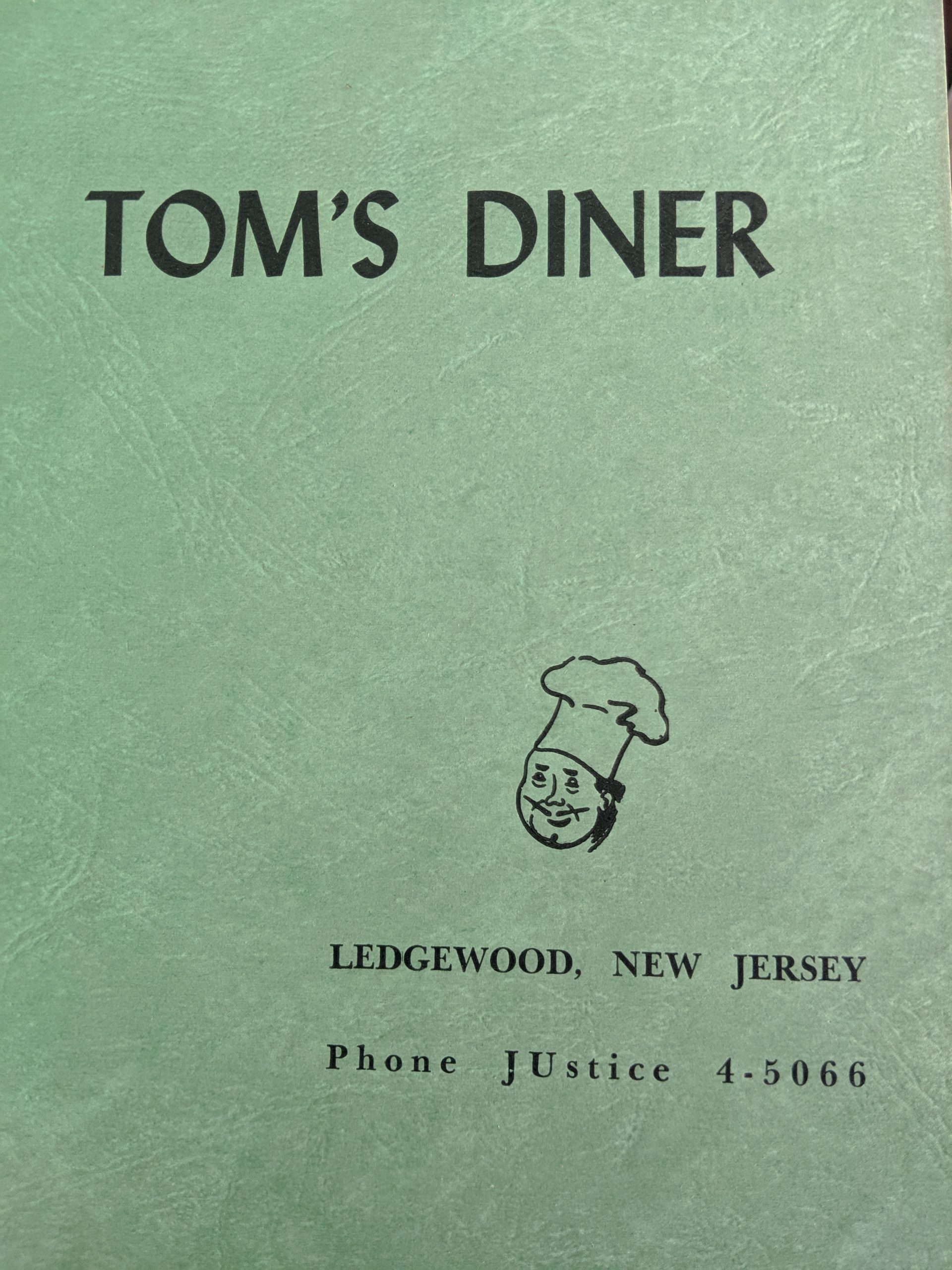 If only its walls could talk, Tom’s diner in Roxbury could tell quite a story.  It is a story that reflects the American dream, with a rich history and a few celebrity cameos built in.  Tom’s diner was started by an immigrant, Tom Seretis’ grandfather, who was also named “Tom”.   The older Seretis came from Greece to the U.S. in 1934.  His wife had died and he left his children to be cared for in Greece while he came here to look for a better life for his family.  In 1936, he got a permit in Denville for $50 to sell peanuts from a cart on what is now Route 46.  He also worked in many diners and finally brought his children over to this country.  In 1958, the family had saved up enough money to buy the Silver Dollar Dinner, which was renamed “Tom’s Diner”.  Recently, Seretis talked about the family business.

The diner saw three generations work within its walls up until 2004 when it closed for business.  The diner was known for its Friday turkey dinners, Seretis’ mother’s meatloaf and her rice pudding.   “This wasn’t work for us,” said Tom Seretis, the third generation owner of the diner.     “The customers were an extended family.  It was very popular.  It was a pretty cool place,” he shared

Many liked that it was a vintage diner. The diner was built in Paterson by the Paterson Vehicle Company in the style

of a Silk City dining car.  (At the time, Paterson was known as the silk city.)   Though the county records had the diner as being built in 1930,  people told Seretis they thought it was younger than that.  Usually,  dining cars had a label in them that showed the year they were built.  Tom’s diner doesn’t have that.  Its label has two patent numbers   To determine its age, Seretis went to the man he refers to as the “Diner Yoda,” Richard Gutman, America’s leading vintage diner expert.   Gutman explained the patent number told that the diner was built between 1937 – 1941.

The diner was open 24 hours a day; however, being devout Christians, the family closed it on Sundays.  That almost cost the diner its most famous visitor.   In 1983, Tom’s father, Frank, came home to tell his family that a New York producer wanted to shoot an MTV video at the diner.  The video would 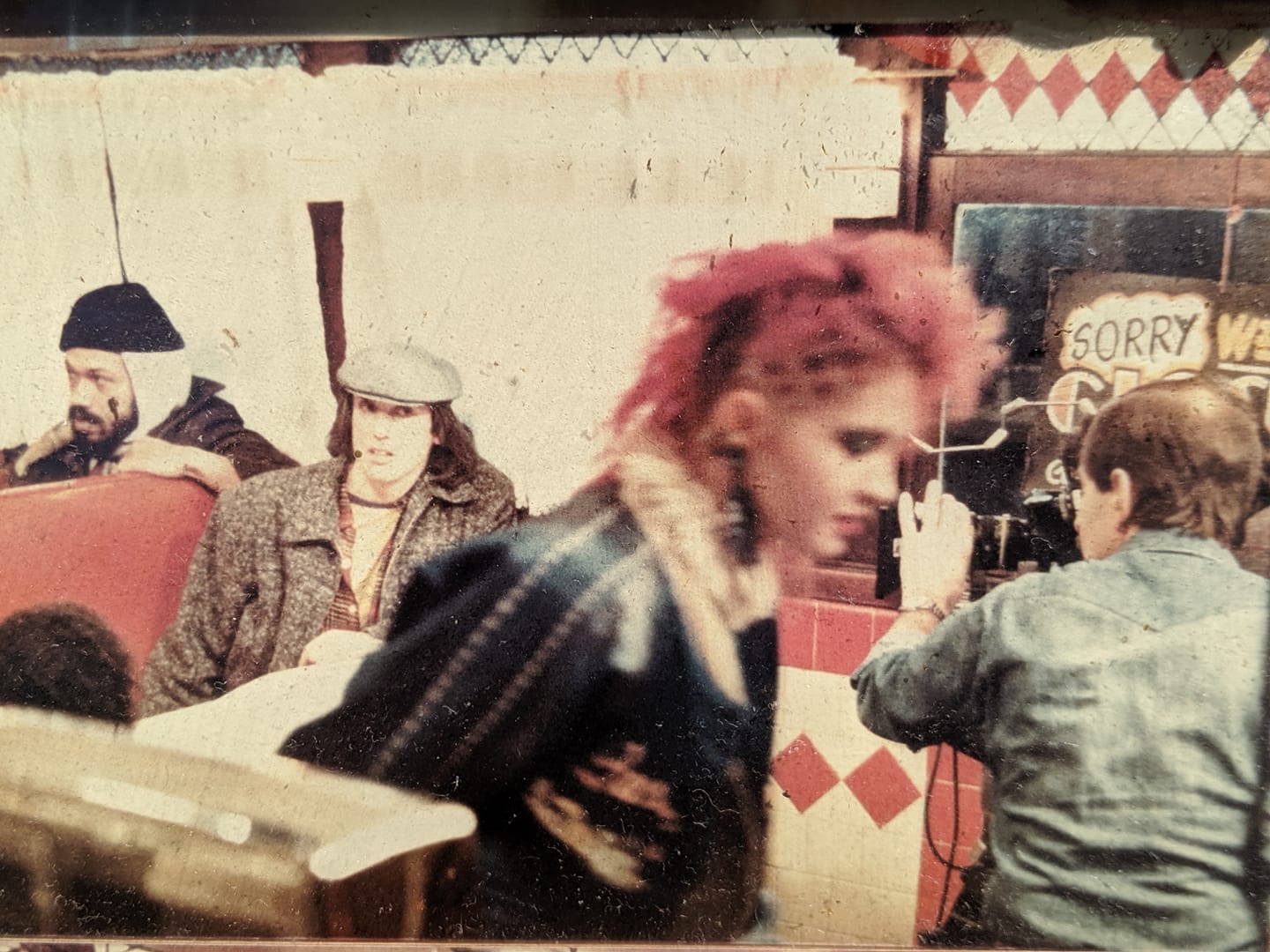 be for Cyndi Lauper’s hit, “Time After Time”.   For young Tom Seretis, who was in high school, that sounded great.  However, his father had turned down the offer because it would mean closing the diner to customers and where would his regulars eat?    Tom Seretis quickly noted that the diner was always closed on Sundays and the video could be done then.  He got the number from his dad and called the producer, asking about a Sunday shoot.   The producer said, “absolutely”.  It appeared that Cyndi Lauper loved the diner.   When the video was filmed, Tom Seretis watched from the kitchen, got autographs from Cyndi Lauper and her co-star Lou Albano (of wrestling fame) and received a thank you note from Lauper for helping to make the shoot happen.

Other diner notables included politicians.  As a founding member of St. Andrew Greek Orthodox Church, Seretis’ father was involved in developing the Greek community in Dover, so, many politicians came to the diner looking for the Greek vote.  Dean Gallo and Rodney Frelinghuysen were among them.

Also, the diner took pride in helping others.  For 13 years during the 1970s and ‘80s, it was the top fundraising eatery in NJ for Easter Seals.  Waitress Maria Rastello (aka Connie) was in charge of the fundraiser and the diner “family” took pride in watching her on the Easter Seals telethon presenting the check.

Tom’s Diner may not be open now, but it’s not done yet.  For example,  Seretis says it continues to have a little league 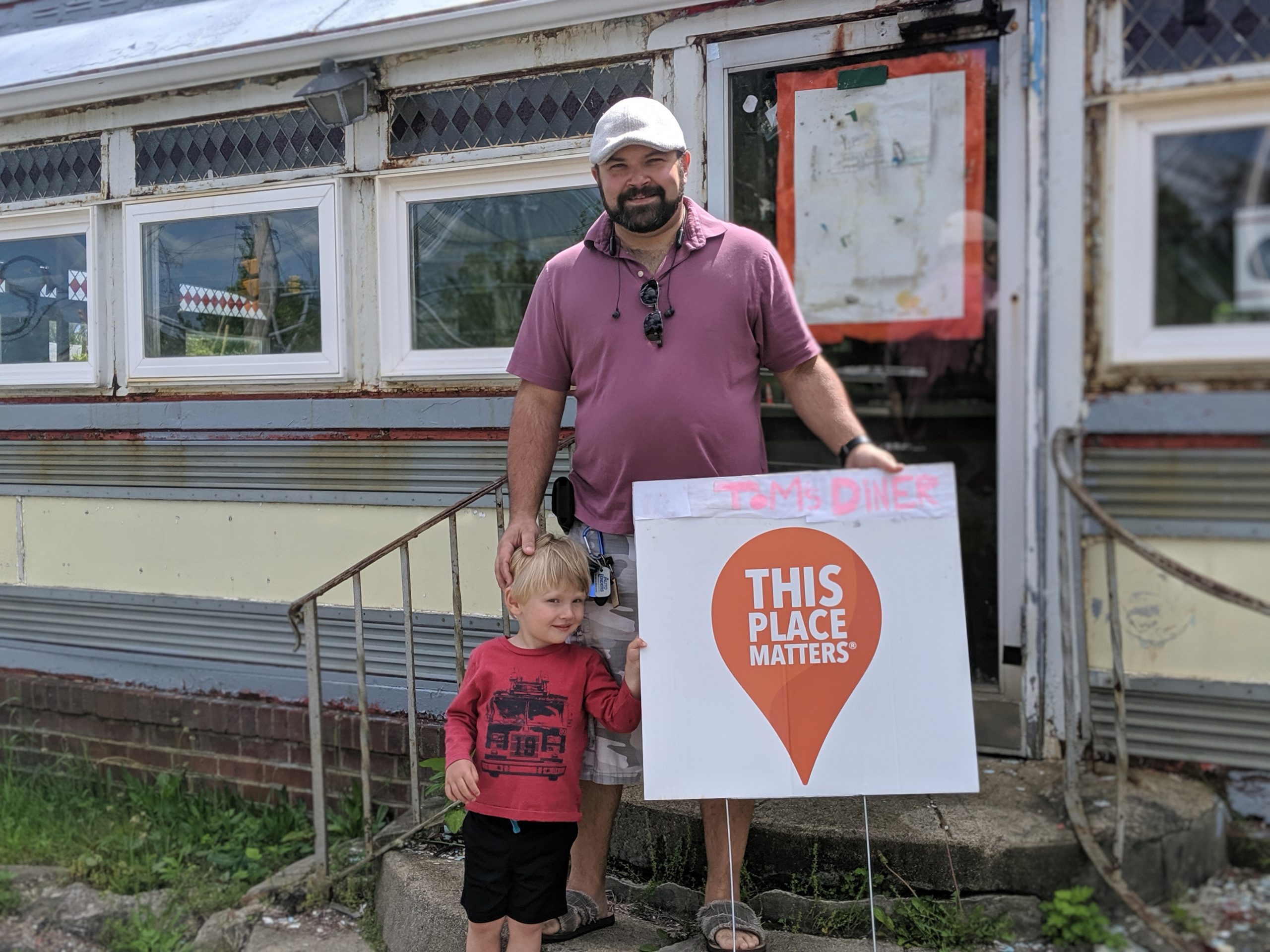 team, as it has for decades:  The Tom’s Diner Scrappers, a little league team in Roxbury.  This year Tom’s Diner Scrappers were 14-1-1 and took the championship.  Also, Seretis shared that there  are various plans in the works to resurrect the diner.  In addition, he noted that the NJ Historic Preservation Office has said the diner is eligible to be placed on the register of state and national historic places.

For more information on what exactly is happening with Tom’s Diner, visit its Facebook page:  Tom’s Diner 2020 or www.tomsdiner2020.com.

2 Responses to "If Only the Walls Could Talk:  The History of Tom’s Diner"