IT HAPPENED IN OUR TOWN -1888: When Denville Had a Ball Team 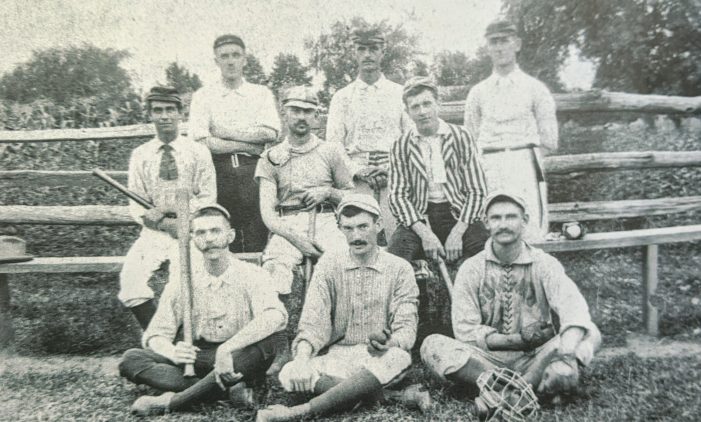 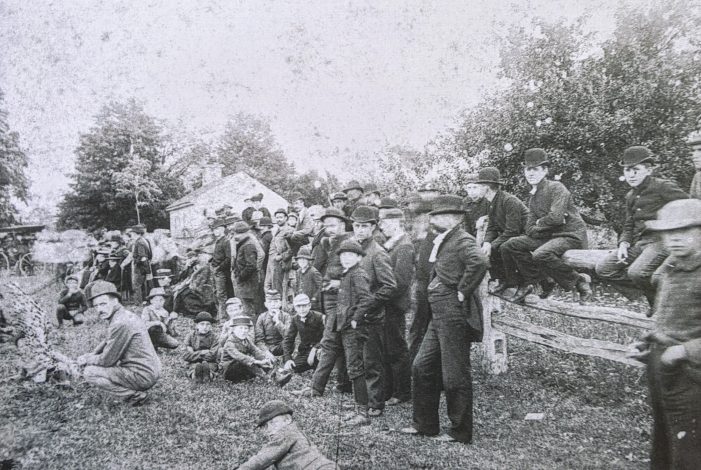 Watching a ball game at the field on Church Street. 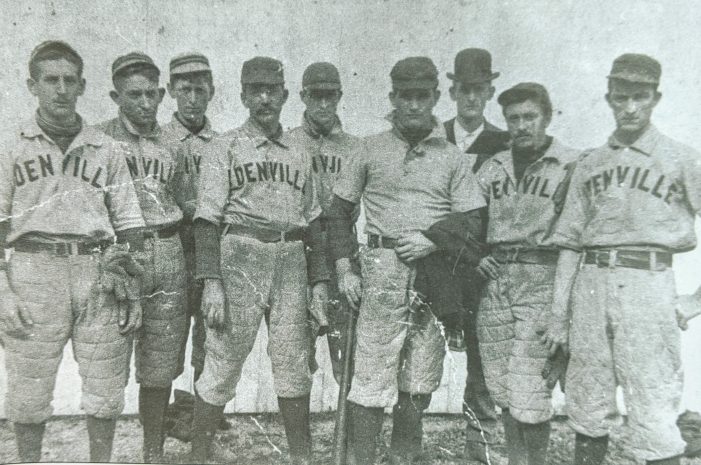 The ball was coming in fast. All he could think about was winning the game against their biggest rival, yet here he was lying in a pool of his own blood.  Dan Righter was playing second base for the Denville Uncas – so named after a tribe of Indians who were thought to have once lived in the neighborhood. The Rockaway team was never an easy game to play. It was known to draw the biggest crowd from the small village, which was not yet its own municipality, and would not separate proper from Rockaway for another 25 years. The foul fly that tipped him in the nose on that day, would actually make the game one of the most memorable ones in the area as to still be recalled nearly fifty years later in the town; and now once again, with an additional eighty years added on.

Denville assembled its first baseball team in 1885. The first three years were tough, especially with its bigger town rival – or rather, the other team in the town of Rockaway – dominating the young Morris County league. On the day that Dan was hit, the Uncas had yet to win the game against them. But that was about to change.

The team at the time was made up of farmers, store clerks, and railroad workers. The names might be recognized today as they include the “who’s who” from our town’s history. On the Denville team were Elmer Dickerson and his brother Frank, Daniel M. Righter and his brothers Joseph B. Righter, and Frank Righter, Charles Clark, A. Cooper, S. Garrison and I. Hall. The games were played on Daniel Dickerson’s farm, today’s Church Street. With a new formation that included Garrison and Frank Righter batting, Charlie Clark playing short stop, and Elmer Dickerson playing left field, Dan knew that he needed to finish the game. The score was 4 – 4 in the 5th inning. The closest they had ever come. Wiping the blood off his face, the elder Righter brother got up and with one hand occupied by his glove, he used the other to hold a handkerchief over his nose for the remainder of the game. That day, his teammates resolved to fight on in the name of their friend.

It was a complete team effort that saw Elmer Dickerson strike out 5 men. The game ended with Dan Righter collapsing unconscious and the score of 10 – 4 for Denville. For several days, the young man’s nosebleed, which refused to stop, stumped the county doctors that came to see him. Yet, Dan did not care; his team won, and he could not stop talking about the game, even as he was feeling weaker by the hour. After a few days, someone suggested using cobwebs to stop the flow of blood and Dan’s life was saved. The men on the team knew that the sacrifice was special. What followed were years of massive success for the Denville Uncas, with at least one newspaper labeling them a team which “struck terror in the hearts of their opponents.”

Elmer Dickerson, who was a store owner in town, became the team’s undisputed star. In an 1893 game against

Graystone Park, he struck out 13 men which led him to being asked to join the New York Giants on their Southern trip. But the man had a responsibility to his family business, and Denville may have lost a future professional baseball star. By that time, many of the original men from the 1888 game had moved on to start families and dedicate the time to their daily jobs. They were replaced by youngsters excited to continue the legacy of one of the greatest Morris county teams to ever come from these parts. In the late 1890s, the team was captained by a new rising star, the future Morris County Sheriff, Fred S. Myers, more commonly known as “Lefty.” The boy continued the legacy of the never-say-die attitude, being remembered by his teammates as someone that would rather play baseball than eat. By 1901, the now semi-professional team, became the first in the county to have a non-white player, a waiter at the town’s popular restaurant, the Wayside Inn.

Unfortunately, the team ceased to exist around the time of World War I. The next time Denville men took to the baseball field in an organized manner was in 1931, followed by the creation of the town’s Little League by Doc. Gardner – yes, that Gardner – in 1952. So as young boys and girls march in the town’s Little League parade each April, they should know that they are following a tradition that started nearly 130 years ago. And although, the world had other plans for our children this past April, let them remember the never-say-die attitude that symbolizes being part of this town. Denville strong then; and Denville strong now.