It’s a 65th Anniversary for “That Garden Church” in Hackettstown 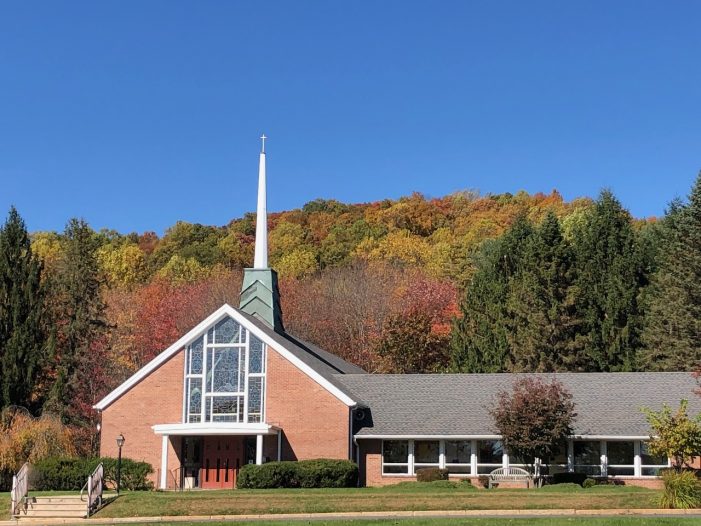 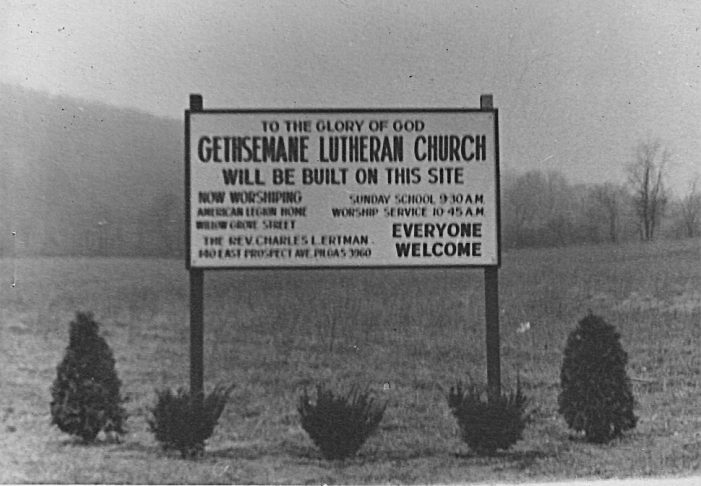 The original site of the church building prior to construction 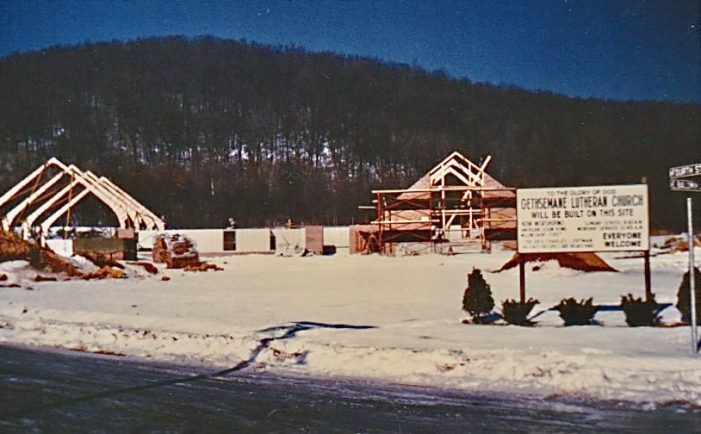 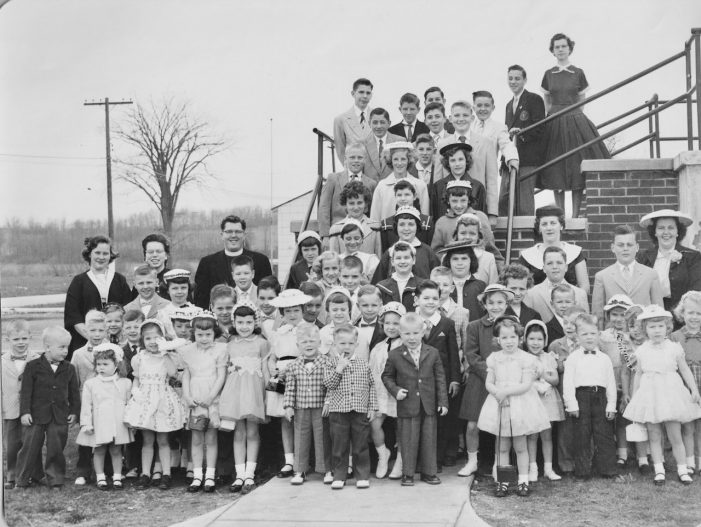 Sunday school classes from spring of 1957 at the American Legion

Gethsemane Lutheran Church of Hackettstown will celebrate anniversary #65 on October 23, 2022.

“It’s kind of awkward,” says current Pastor, Timothy Drawbaugh, “because the congregation was officially chartered with our national church body on May 6 ,1957. But it wasn’t formally incorporated under New Jersey State law on October 23, 1957. So, I’m not quite sure which one you would choose as the birthday,” he says with a chuckle.

Then there’s this. Per the website, “The first service was held on January 22, 1956 at the American Legion Hall (ALH) on Willow Grove Street. Four hundred and thirty people attended, a district record for an Opening Service.” There was not yet an official church building, but there were interested and involved members a year earlier.

So, the latter may be an unofficial 65th anniversary that has passed. No matter the date chosen, there’s some nice news always at Gethsemane Lutheran Church, where over 50 members attend worship.

In the summer of 1955, missionary-at-large for the Lutheran Church-Missouri Synod, The Reverend Charles L.

Ertman, sent up residence in town to prepare the groundwork for a new Lutheran church in Hackettstown. As previously mentioned, January of 1956 saw an initial gathering for worship, and a year and a half later, 93 people were committed to Rev. Ertman’s plan. The charter was signed that spring, making the church official, and the incorporation took place the following fall. Three years later, a groundbreaking was held on the corner of Fourth and E. Baldwin Streets for the future church building, and that completed building and fellowship hall were dedicated on June 4, 1961.

“The name is Gethsemane,” says its pastor. “It’s named after the garden where Jesus often went with his disciples on the Mount of Olives outside of Jerusalem to get away to pray. So, the nickname of our church is ‘That Garden Church,’ because it’s just away from the hustle and bustle of Main Street. Because Gethsemane is sometimes a difficult name for people to pronounce, let alone spell, so we’ve kind of labeled it. It’s a serene place, a serene location. We have a lovely campus in a very natural setting. We see deer come through here all the time, it’s just amazing. It’s kind of a hidden gem. Gethsemane also has a lot of potential. We have a very dedicated group of core members, and we’re very welcoming and warm.”

In addition to planning for a 65th anniversary celebration, the Gethsemane Lutheran Church congregation will continue to be busy giving back to the local area. “The big one is our preschool,” says Pastor Drawbaugh. “It’s a Christian oriented preschool, which is a huge plus. We also help out with food for local food pantries. Anyone who needs food, and any food that we have left over, we donate to The Lord’s Pantry at Trinity (Methodist Church). We’re active in that respect. And we also support Care Net. It’s a pregnancy resource center that’s here in Hackettstown, and it helps expectant mothers and fathers together.”

Pastor Drawbaugh also mentions the very active Women’s Guild at the church. “They do quite a lot of different things,” he says. “In 2019, they collected food donations to make Thanksgiving dinner, which we donated to a Catholic organization. They also made what they call fidget blankets for elderly people who may be having the onset of dementia or Alzheimer’s disease. And those all get donated.”

“We have a lot of amazing people that just in their daily lives interact with the community,” Pastor Drawbaugh adds. “It’s a wonderful place.”