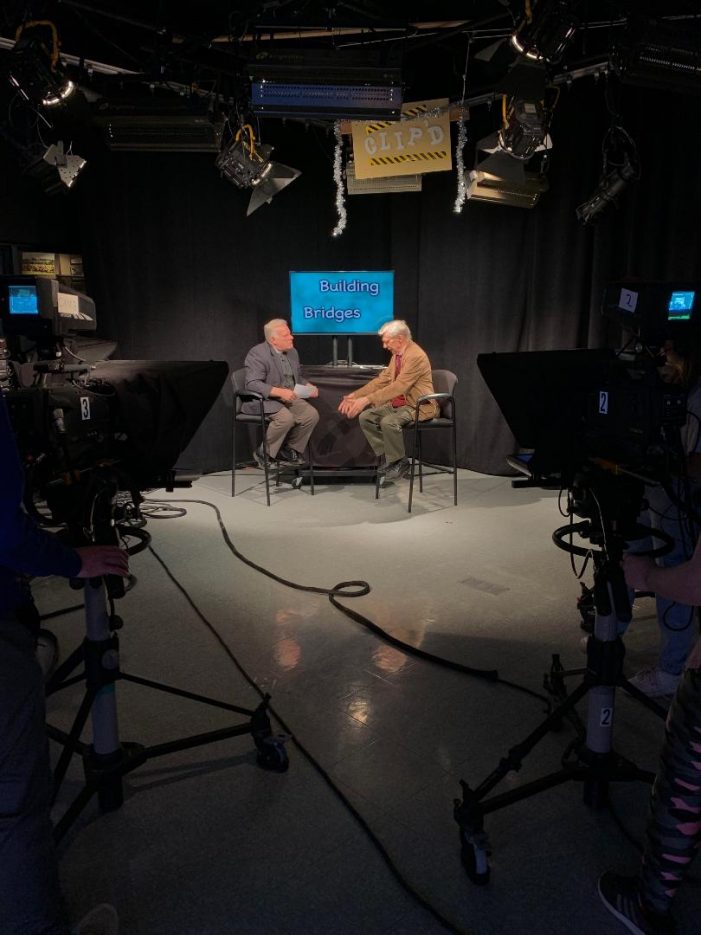 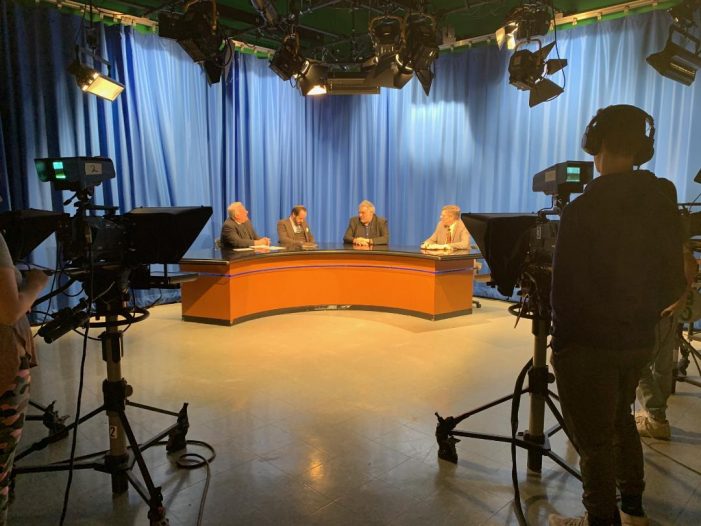 Rev. Dan Martian, Pastor of Presbyterian Church of Livingston, has what he calls a nice hobby. Once a month he hosts Clergy Corner, a 30-minute television show aired over Livingston Television (LTV) from Livingston High School. 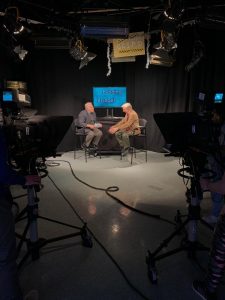 “We’re the only township that I know of that really is the bridge between the public school and religion,” says Rev. Martian. “The Township Council of Livingston approved it (the show), and how we do it is we don’t support just one religion. We have a clergy panel of interfaith clergy and they range from Jewish, Hindu, Roman Catholic, Protestant, and then we have guests on Building Bridges, a segment of Clergy Corner.”

Rev. Martian considers it an excellent teaching moment for the youths, “because they’re seeing and doing a talk show – all the ins and outs of the talk show. The camera work, the sound booth, the teleprompters. They make us look good; the students do a fantastic job.”

Steve Milano, who teaches Televisions Studio Production at Livingston High School and is also LTV Technical Coordinator, also sees the value for his students, and agrees with the Reverend’s assessment. “Livingston High School Television Students benefit from the real-world experiences of working to produce a live, half hour program with serious themes and content. Unlike the projects given in class, advanced students learn to interact with adults in the community and real guests as they experience television production on a very real level.”

Famed mentalist The Amazing Kreskin was in the house as a Building Bridges guest recently – Clergy Corner show #84 over nice seasons. “We build bridges: we build relationships with organizations or with people and with the community that are connected with people in the community. Helping people out with maybe different types of social work, food pantries, and how they better people’s lives.” Rev. Martian, who has been Pastor at Presbyterian Church of Livingston for 14 years, says Kreskin was perfect for the segment because of his years in show business and experience in reading people. “He has a knack, a gift, for reading people. His motto is, ‘Even now I know what you’re thinking.’ And he gave the students a lot of food for thought, as far as words of wisdom like taking seven minutes out of every day for quiet time, to have humor in life, to laugh a lot and not get so serious.” A variety of topics have been discussed with different guests on the latter segment, which takes about the last seven minutes of the show. The interfaith panel portion of Clergy Corner is the first 20 – 25 minutes.

The 30-minute show airs live and is also taped the first or second Wednesday of the month. The show is repeatedly broadcast throughout the month.

“It’s educational for the students,” says Rev. Martian. “It’s faith-based. We’re not supporting one faith; we’re not talking about faith. Our faith informs us on the issues we’re talking about. It’s really a wonderful show.”

To learn more about the show, visit www.livingstonnj.org/510/Clergy-Corner.