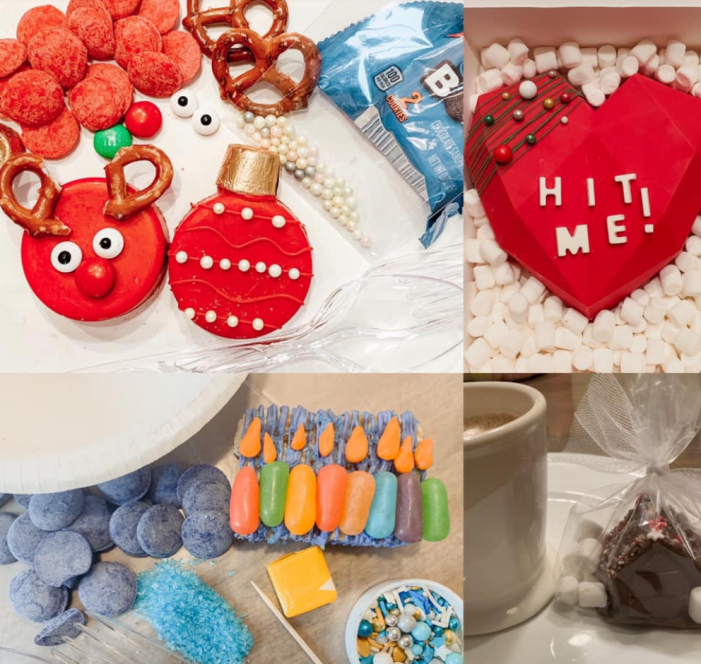 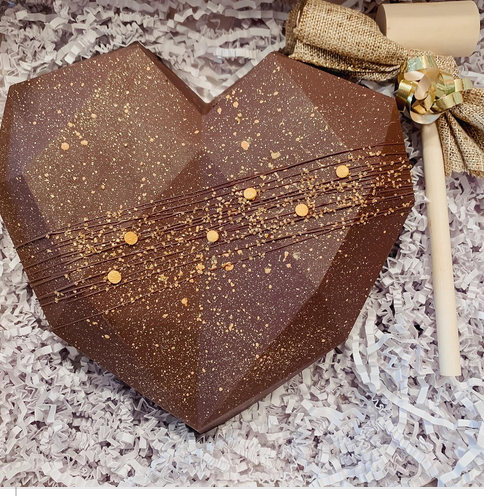 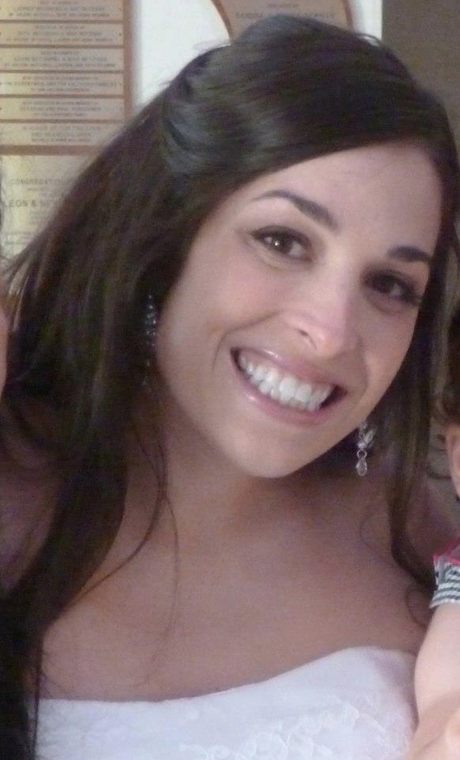 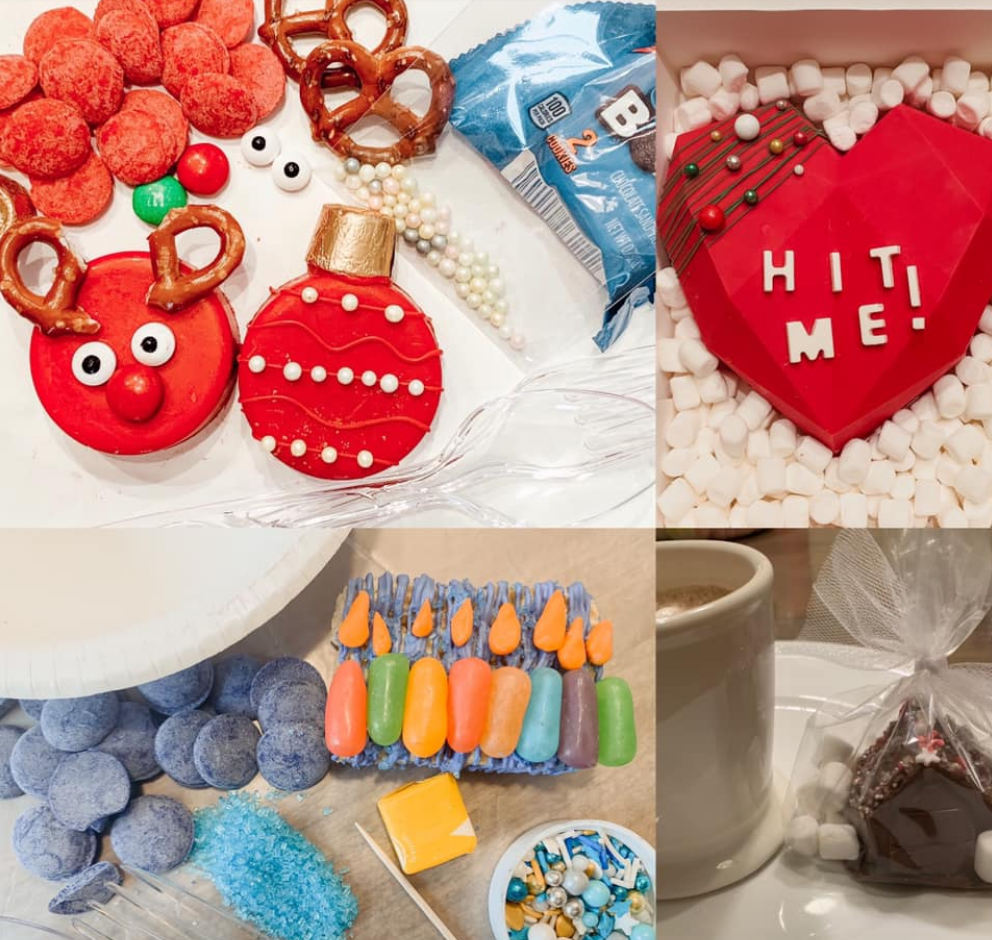 As a Child Life Specialist, Lucie Kahn advocated for hospitalized children, regularly accompanying them to procedures and treatments. She also knows firsthand about the pain, fear and uncertainty of dealing with a chronic medical condition, after being afflicted with Lyme disease during a stint at a summer camp for kids with serious illnesses.

“When I was in graduate school in New York City and I got sick myself I had to move in with my parents,” Kahn says. “And learning to do chocolate work was sort of my hobby while I was at home and I continued to do it casually through the years.”

She says it’s all about your take on a theme or idea and how you make it work with chocolate.

“Because chocolate is a different medium. I think it tastes better but it’s harder to work with,” Kahn says, of the creative outlet.

She was working at The Connection in Summit but furloughed because of COVID.

According to Kahn, that’s when she started creating these DIY kits since folks were desperately trying to arrange unique birthday parties and to fill time with their kids.

“I was getting settled with my new normal but I said, ‘let’s just do it,’” she says. “It’s been going great and giving me something for myself. My days are long but it’s a helpful thing to look forward to.”

Kahn has the smash heart, her homemade hollow chocolate heart and the idea is to come up with something to put in the center.

“People are putting in jewelry, someone’s putting in an Elf on the Shelf letter, you can put old photos or cards —

really anything,” she says. “You get to smash it and then the surprise of what’s inside. So it’s super fun.”

And her monthly DIY kits have been a real hit with neighboring towns.

“You can pick any theme for your Zoom birthday party and do a make-your-own chocolate to that theme, but every month I do something special (turkeys, Hanukkah, Christmas and winter).”

For Kahn, being able to help people in this way during some of the darkest times means everything.

“It’s a little bit scary to put something that’s artistic out there but who doesn’t want to smash a heart,” she says.

A chocolate heart that is — to let out your frustrations on and then be able to eat it.

For $10 parents can involve their children in a cheerful activity.

“Not only is it arts and crafts, we can do it together and also it’s out of the parental bubble — because we don’t often give our kids chocolate and candy to eat, let alone play with and work with and be creative with,” Kahn says. “It’s really something different that kids are never going to not love.”

The artist says it’s a win-win situation that provides a moment of normalcy and bonding.

According to Kahn, she’s just getting started putting it out there.

But she always takes the opportunity to let people know about her products.

“I think my child life side and child development side, I like to involve the child and the family and work together and think of a plan,” says Kahn. “Then they’re a part of it and they watch it come to life. It’s something they like and they chose and it becomes a little more special for that birthday that doesn’t seem quite the same as it should.”

She says before everybody receives their surprises she wonders if the smash heart will work and will they see what’s inside.

“I get the butterflies but I love seeing the photos and videos and people are just happy and it’s so nice to think of happy things,” says Kahn, who loves connecting with people through this process and helping make their day. “It’s been cool to be a part of that.”