Modern Acupuncture – for All Who Need Relief, and to Relax, Restore, and Revive 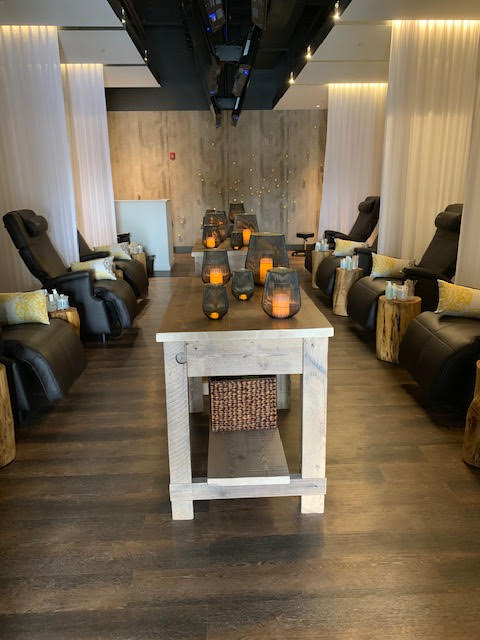 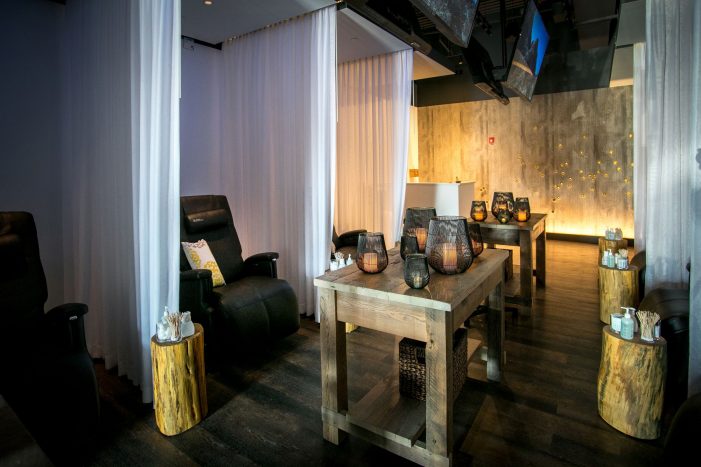 Florham Park resident and Modern Acupuncture franchisee, Joan Arata, saw the writing on the wall: the possible end of her sales career.

“Years ago, I started thinking about what was going to be my next life,” she recalls. “I knew I had a shelf life in corporate America, and I was quickly approaching that ceiling.”

Through a friend, she heard about a franchise called The Joint, which is in the chiropractic field. Initially she opted not to get involved, but ran into the group a few years later, and they were talking about acupuncture. Arata’s thirsts were fueled. “Wow,” I said, “acupuncture. Now that’s an idea I can really get behind because I’ve been a big fan of acupuncture for many years.” It was a new concept started by some of the original founders of The Joint, so I knew they had experience with this business model.”

Arata visited the Scottsdale, Arizona home offices and planned on buying two licenses. She told her son, who had a sleep issue, to try it. He did, and two weeks later called his mom and said, “Mom, I went and got acupuncture. I have to tell you – I’ve never slept like this in my life.” He was sold, so they decided to go into business together. They own five licenses but, currently, are only open in Florham Park and in SoHo in Manhattan.

Arata’s job layoff occurred right thereafter. “We had just started construction in Manhattan and had just agreed to purchase here (Florham Park). So, it kind of became the perfect time for me to be able to focus on getting these two locations going.” Both locations opened in January 2020, then were forced to close in March due to COVID-19. Florham Park reopened on June 22, and SoHo after the 4th of July weekend. There are two acupuncturists now at each, and although both sites are open limited hours, Arata hopes a current uptick in services continues and both locations can reopen for regular hours.

Acupuncture has been around over 2,500 years, but there is still a hesitation to try it. “When people ask me if it’s going to hurt,” explains Arata, “I will not tell them it’s not going to hurt. You know something’s happening, but once the needle is in, you don’t feel it. When the needle comes out, you don’t feel it.” The needles used are thinner than a piece of thread, or the size and thickness of a piece of hair. Acupuncturists will explain to the patient how the science of acupuncture works. “The needles have a 20-minute cycle,” explains Arata. “Those needles have to be in you for 20 minutes for them to impact the neural pathways. Less than that, you didn’t finish the job; more than that, you can overexcite.” Arata also mentions that, in order for the neural pathways to truly change, you have to do acupuncture more often when starting out, “so that the neural pathway understands you’re changing it. Once it’s changed, you can come less frequently in order to sustain it.”

Modern Acupuncture offers two types of treatments: Health (for the body and a specific ailment) or Glow (facial with no Botox or foreign substances), and all take place in a zero gravity leather chair in the Modern Acupuncture Zen Lounge. Offered are cost effective, affordable memberships. Modern Acupuncture also offers a program for families as well as individuals. Children, especially now, benefit from acupuncture in multiple ways. “Acne…bullying…stress, sports injuries – there’s all sorts of ways that children benefit,” states Arata. “We offer a junior membership so children can come along with their parents and get the benefits of this ancient Chinese medicine.” Modern heroes, military and first responders, receive a 30% discount on treatments.

Modern Acupuncture employs a top-notch safety protocol. All of the needles come in sterilized packets. All needles are properly disposed of after use, including extra needles in that packet – even if they were not used. Also, the Zen Lounge and bathrooms are sanitized at least twice daily with UVC Light Sanitizers. “Of course,” Arata says, “every chair is sanitized between every patient. Everybody who works here wears a mask, the acupuncturists wear gloves, and we require patients to wear masks while they’re here as well. So, we’ve had no issues with safety since we reopened.”