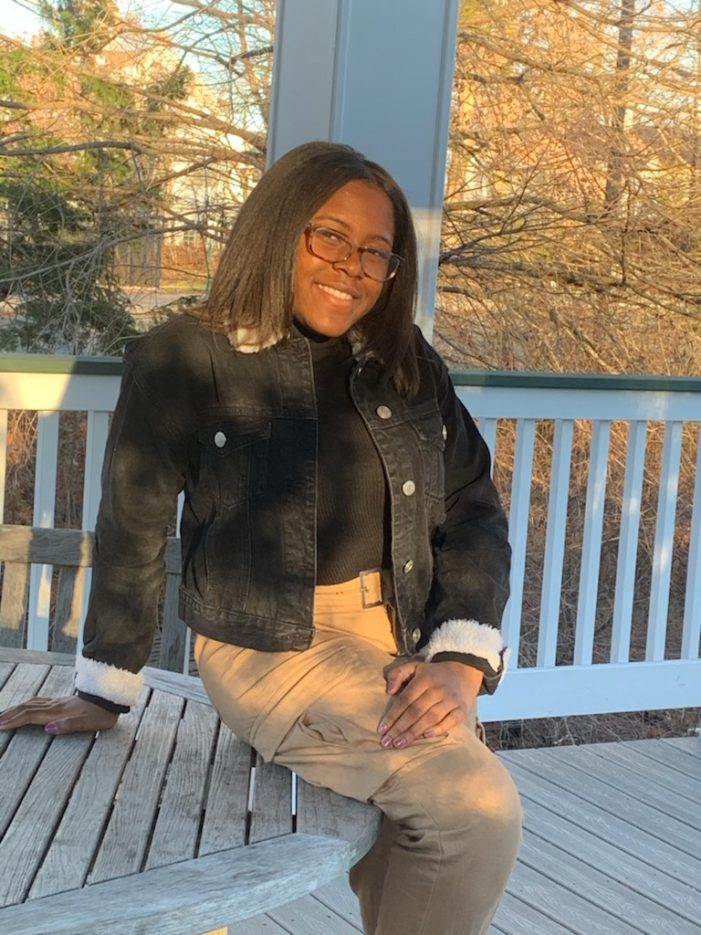 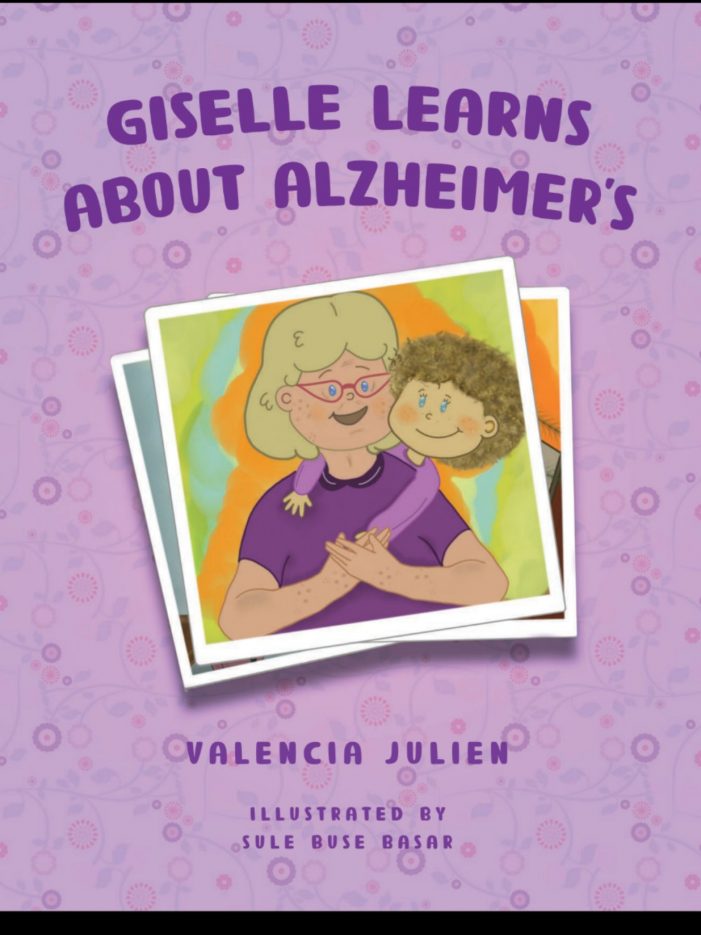 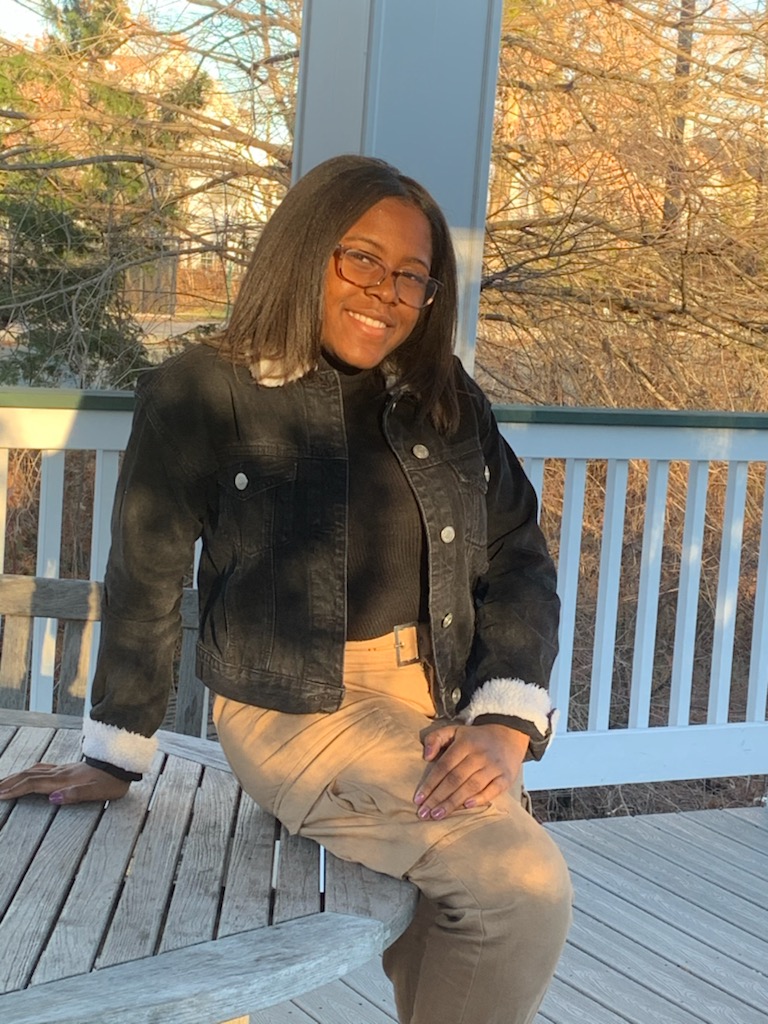 It has never been too late to start fighting a good fight. Valencia Julien reminds us that it is never too early either. The 17-year-old Morristown High School junior, aside from being a volunteer at the Alzheimer’s Association of Greater New Jersey (AAGNJ), has just published a children’s book, Giselle Learns About Alzheimers, which attempts to discuss with young children the disease that plagued her own grandfather at the time she was a young child herself. Seeing her grandfather go through the known effects of the disease profoundly moved Julien at the time in ways she was then unable to capture or express. As all powerful experiences from childhood, this one stayed deep within her, fueling her to immortalize her grandfather by educating as many children (and adults) as possible about what it is like to witness first-hand a loved one go through the disease.

The idea for the book itself came during her high school freshman year, when she was challenged with completing her Northern New Jersey Girl Scout Gold Award Leadership Project, the top award in a girl scout’s entire time spent within the organization. The project a girl intends on submitting in order to earn her Gold Award needs to be completed by the end of her high school years. Having already earned her Bronze Award (at the end of elementary school) and her Silver Award (by the end of middle school), Julien saw a precious chance to do something special. By writing a children’s book on Alzheimer’s, she could earn the top award of the organization, she could do something in memory of her beloved grandfather, and—most importantly to her—she could help future generations understand this mysterious illness in a way that was fun, creative, and accessible to all.

“My main concern was to help children around the age I was when my grandfather was diagnosed better understand Alzheimer’s disease,” says the teen by phone. To complete the project to Girl Scout standards would be no cakewalk. Gold Award projects need to be presented to a committee, which then rigorously reviews it and either accepts or rejects it. Once accepted, the candidate then begins the grueling schedule of  seeing the project come to fruition, campaigns that usually require north of eighty hours to complete, all while juggling course loads, extra-curriculars, preparations for college applications, and of course a social life.

“It’s definitely not easy”, says Julien. “Some girls complete it within one school year, but it’s so hard to balance it all.”

Candidates get creative, too. “Some girls hold large drives. One girl built bookshelves so that kids were able to take books as long as they put one back.”

Julien happily recounts her first live reading of the book, which she completed for the Roxbury Memory and Book Café, run by the Roxbury Public Library, in front of a live crowd, many members of which were going through Alzheimer’s themselves.  She received praise and plenty of questions on the book, as well as open requests from people to volunteer to help set up future readings.

Overall reception of the book has been better than she expected, and she remains active in promoting it. Recently, she donated whatever copies she had remaining to a local neighborhood community house for children which runs day care, after-school, and recreation league sports programs for kids.

As for the putting together and writing of the book itself, Julien explains that the toughest part of all was sticking to the daily routine of writing it, designing it, working with illustrator Sule Buse Basar—all while juggling her other workloads. Also difficult was the need to find good volunteers to help her with the audio book format on YouTube, the translations of the book into Spanish, Arabic, and Turkish (with Mandarin, French, Italian, Creole, and Portuguese translations to come), and finding someone trustworthy and dependable for help in social media promotion. In each of these supplementary roles, Julien says, the challenge was to find people that were able to share in her vision of the project, and she is confident that each of her selections—including Morristown High classmate and friend Kate Goldberg for social media manager—fit the bill.

The character of Giselle herself is based off an actual girl Julien babysat over the summer of 2021. “Making the character of the book in her likeness was one of my favorite parts of the whole project, and she really got a kick out of it,” she says.

Goals for the future include playing field hockey at the collegiate level, going to college somewhere in the northeast and studying criminology or forensic science, and turning Giselle Learns About Alzheimer’s into a series of children’s books, each of which has Giselle learning about something new—and worth learning about.

Julien’s book is available at www.lulu.com.