Morristown the Military Capital of the American Revolution 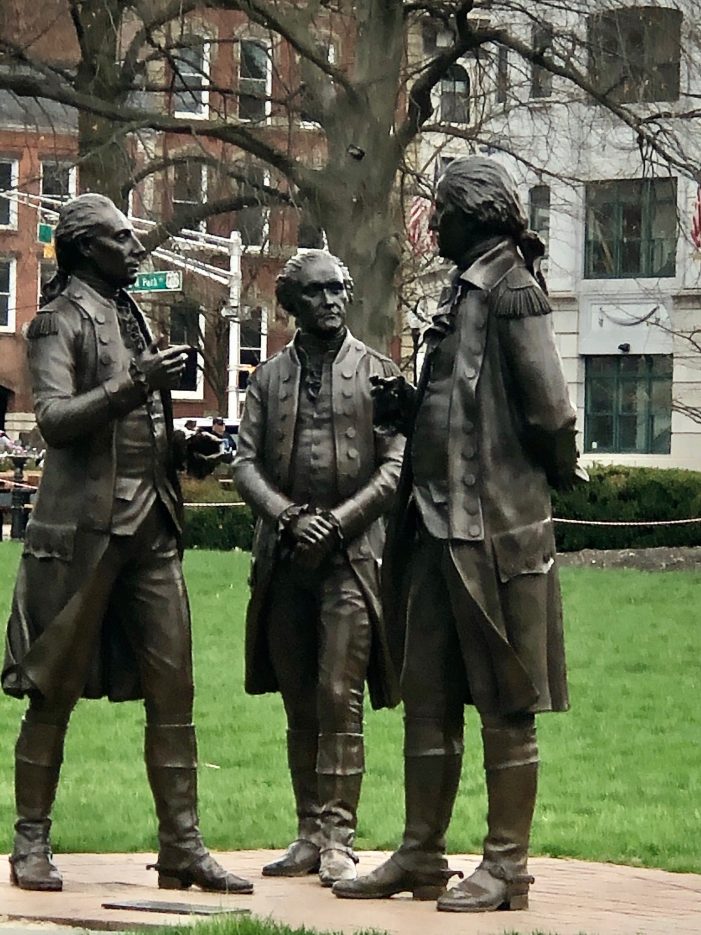 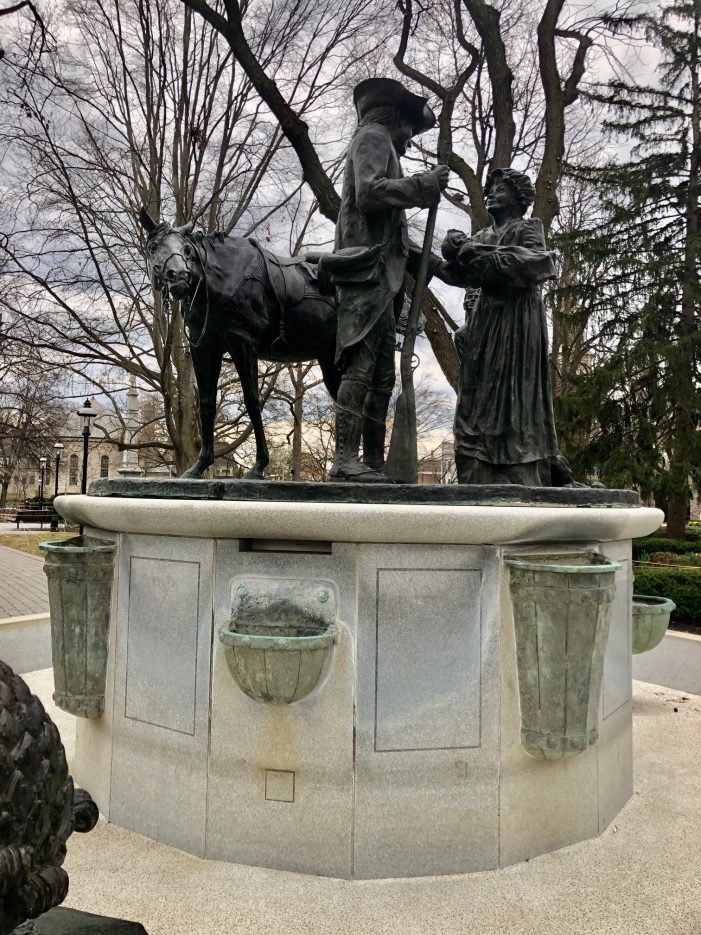 This statue on the Green is called Patriot’s Farewell dedicated TO THE New Jersey Militia and families whose sacrifices created a strong and enduring nation. (Henry M. Holden)

Morristown’s first inhabitants were the Lenni Lenape Native Americans who occupied the area for more than 6,000 years.

The discovery of magnetic iron ore in vicinity of what is now Morristown, brought the first permanent settlers in the early 1700s. First named West Hanover, in 1710, when a forge was established to exploit local iron ore, it was renamed for Lewis Morris, then governor of the colony, in 1740.

Morristown has been called “The military capital of the American Revolution” because of its strategic role in the Revolutionary War. It was situated between Philadelphia and New York and shielded from British forces behind the Watchung Mountains.

A letter dated May 12, 1777 describes Morristown of that day as “a very clever little village, situated in a most beautiful valley at the foot of five mountains. “

Farming was the main support of its people, about 250 in number and largely of Swedish and Dutch stock.

The ironworks were providing income and a source of employment for locals. By the time of the revolutionary war, there were 45 forges and furnaces in the area supplying munitions to General George Washington’s army.

By 1777, Morristown had approximately 50 buildings, the most prominent being Arnold’s Tavern, the Presbyterian and Baptist churches, the Morris County Courthouse and jail.

Washington selected Morristown for its local industries and natural resources, to provide arms, and what was thought to be the ability of the community to provide enough food to support the army. That later turned out to be a tragic miscalculation.

It is thought that Washington’s reason for bringing his troops to Morristown was that it appeared to be the place “best calculated … to accommodate and refresh them.” Two winters would prove that statement to be disastrous hyperbole.

In 1777, General George Washington and the Continental Army marched from the victories at Trenton (Dec. 26), and Princeton (Jan. 3, 1778), and camped near Morristown.

The volunteer militia men were especially frustrated. Some were homesick and nearly all had already served beyond the agreed or emergency terms of their enlistments.

There was however an abundance of arms and ammunition, including more than 1,000 barrels of powder and 11,000 muskets sent over from France.

During the two critical winters, 1777 and 1779-80, the countryside reflected the main billet of the American Continental Army and served as the headquarters for their Commander-in-Chief.

Washington had his headquarters during that first encampment at Jacob Arnold’s Tavern, located at the Morristown Green, in the center of the town.

Morristown Green, commonly referred to as the Green, is a historical park located in the center of Morristown. It has an area of two-and-a-half acres, and served as a military base, a militia training ground, and a site for public executions, which ended in 1833. There were also sawmills, gristmills, and a powder mill. Today, it is a bucolic public park in which many community events take place.

To honor the many Irish troops, for their bravery, Washington, declared March 17, 1780 to be called St. Patrick’s Day.

Dickerson’s Tavern (now demolished) stood on the Green, the place where Benedict Arnold an American general who served during the war was court marshaled. Arnold planned to surrender the West Point fort to British forces, but the plot was discovered, and Arnold escaped to England.

It was in Morristown, in the Jacob Ford house, a large mansion near what was then “the edge of town.” that Washington made his headquarters during the winter of 1779–80. His troops were camped in the nearby Jockey Hollow where they were “absolutely perishing for want of clothing, marching over frost and snow, many without a shoe, stocking or blanket” in Washington’s words.

Morristown was also the home of Thomas Nast, the famed cartoonist who developed the character Santa Claus as we know him today.

In Morristown, the nation showed its desire for independence and freedom. For a short time, this small New Jersey village became the military capital of the United States, a proving ground for heroic people in a courageous fight for life, liberty, and the pursuit of happiness.

Morristown has some of the most important American Revolutionary War historic sites in New Jersey. These include Morristown National Historical Park, the first in the nation, Washington’s’ Headquarters at Ford’s Mansion, Jockey Hollow, and Fort Nonsense. Researchers say Fort Nonsense does not appear in any known document before 1833. The often-cited story is that Washington’s purpose for constructing the fort was to keep his troops occupied.