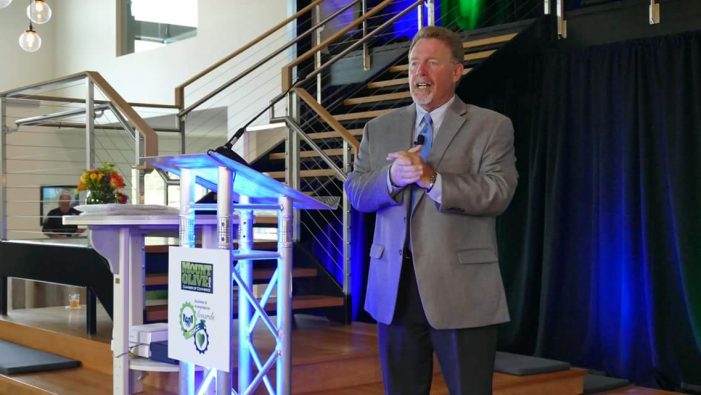 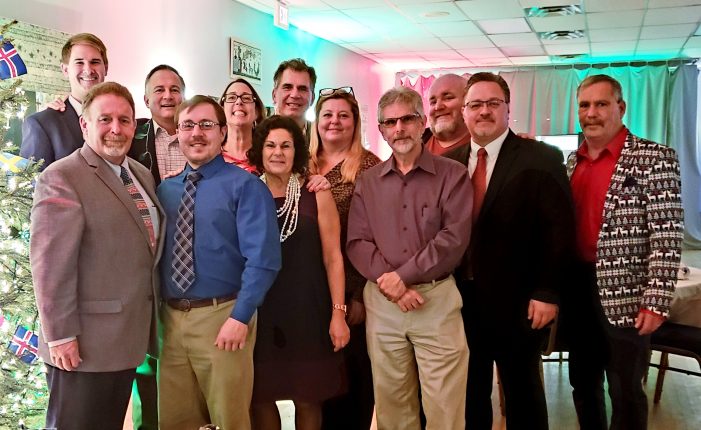 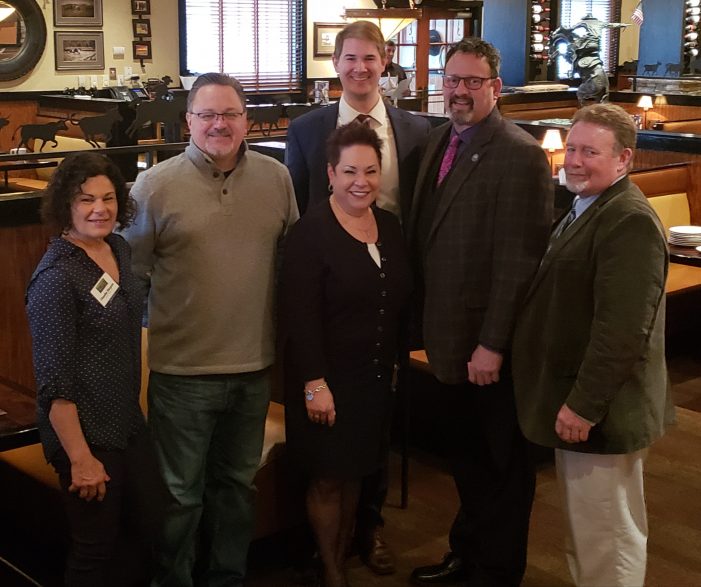 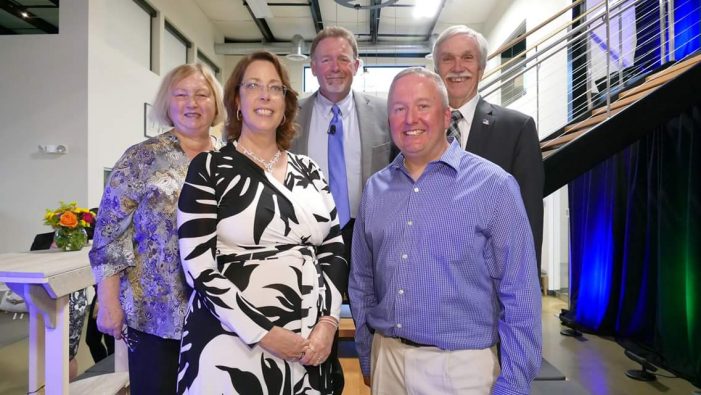 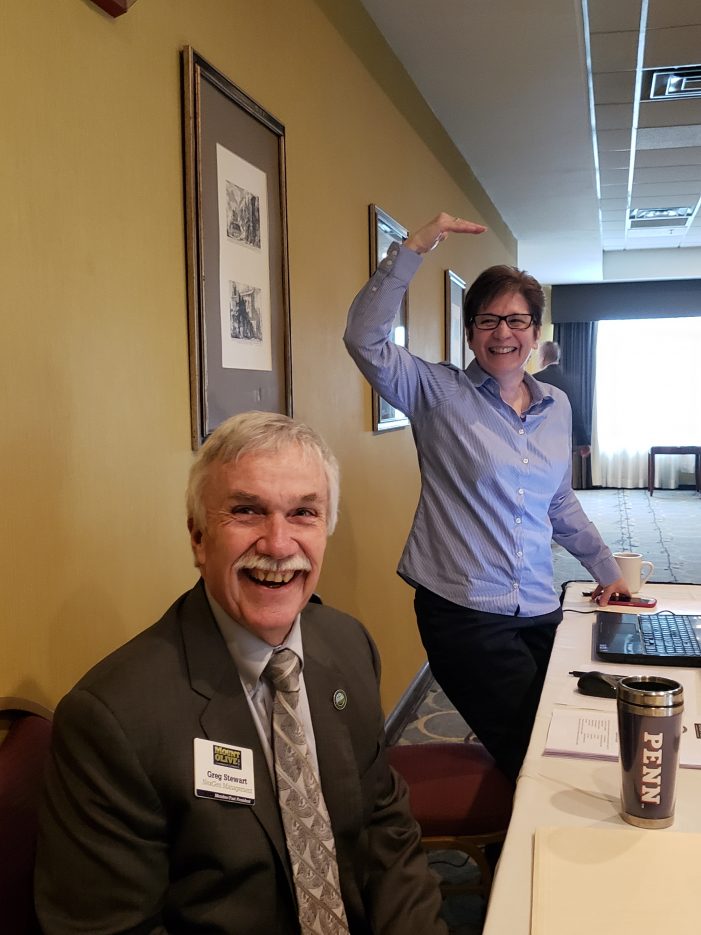 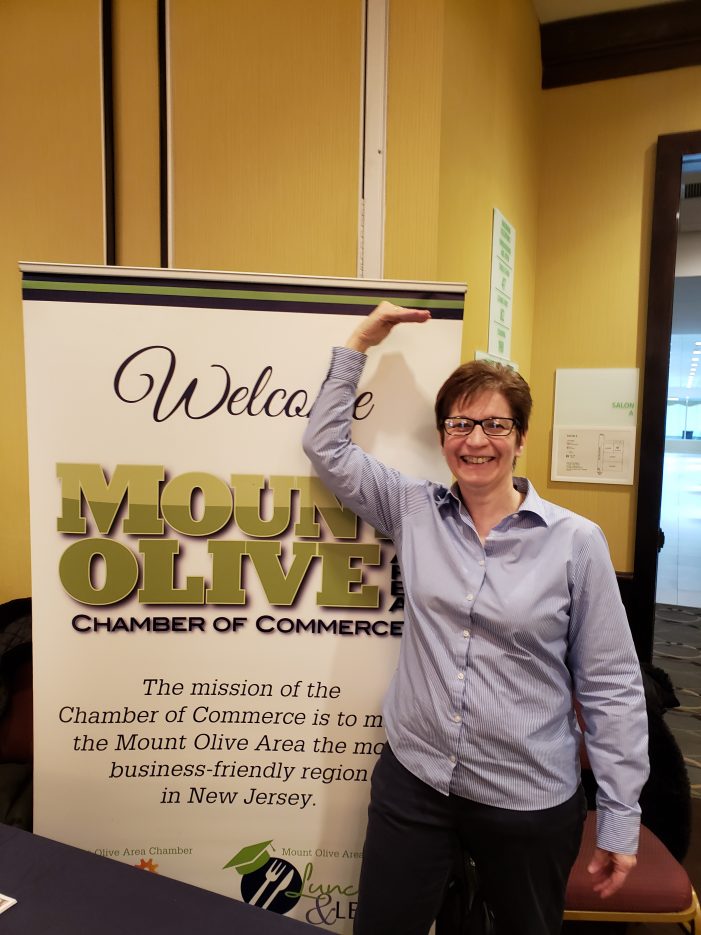 You might assume, when you pose the question to second-year President and co-owner of Jersey Girl Brewing Company, Chuck Aaron, regarding the 2020 overview of the Mount Olive Area Chamber of Commerce, that his response might be somewhat chagrined – based on COVID19, of course. 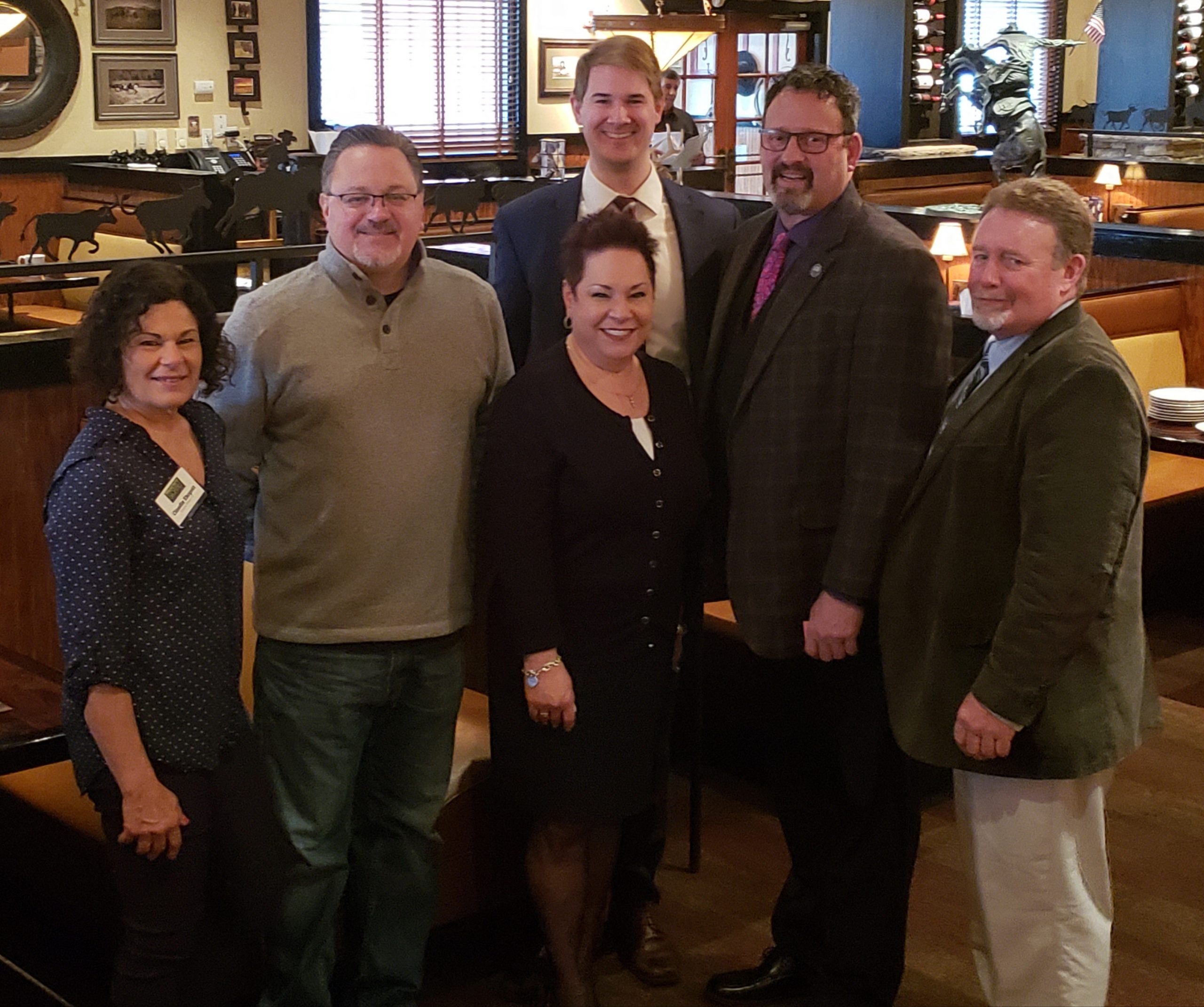 Assume again. “I thought it was a great, great year for us as a Chamber,” he says. “Because we were in the midst of a lot of change going into 2020, with the reduction of events. We went from five events per month to two events per month.” Also, when the pandemic hit, the group reacted quickly. Events weren’t canceled except if necessary but were held virtually instead. Only the March 10th annual “Business Builders Workshop” event was held in person. “We had to set an example,” says Aaron. “Business continues no matter what. It may not look the same, it may not feel the same, but it will continue.”

Then there is the membership number, which took a backward slide. The MOACOC wasn’t and isn’t deterred. “We’re looking for our engaged members,” Aaron says. “I think the ease of getting numbers is not as beneficial to the Chamber as getting members who come out to our meetings, who come and get engaged. The only thing I want to say is we want quality over quantity now.”

The MOACOC had its beginning in 1954, when it was initially known as the Budd Lake Chamber of Commerce and 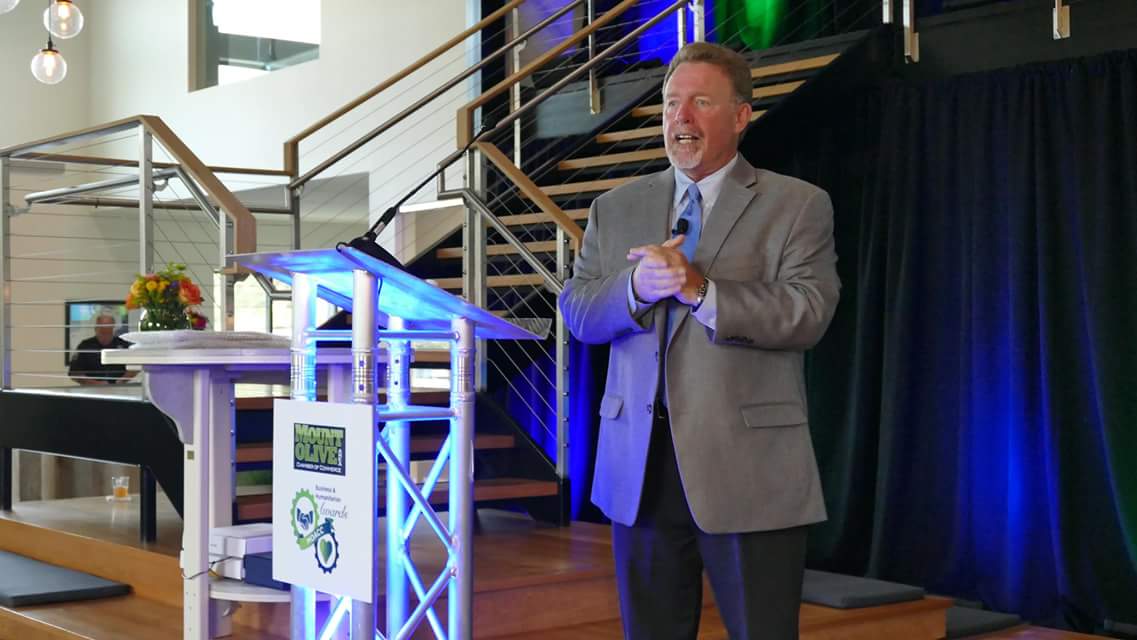 Vernon Geary served as organizational lead. He asked around the area to see if there were any businesses who would be interested in joining a local Chamber of Commerce. After a healthy response, the first meeting was held at the home of Dr. John Alcamo, and from there on meetings were held at the township municipal building.  The group became known as the Mount Olive Businessmen’s Association (1955-1979), Mount Olive Businessmen’s Association and Chamber of Commerce (1972 and 1972), Mount Olive Chamber of Commerce (1973-1982) and has lived by its current name since 1983. “It’s been a constant,” says Aaron. “The Hackettstown area, coming over to become part of the Mount Olive Chamber, only creates a stronger community. The beauty is if you look at the mayors of each of the towns, they traditionally all communicated well together, worked well together. More recently, even with our ‘Breakfast with the Mayors,’ we started to incorporate the Mayor of Washington Township as part of our community, because we have members now that exist in Long Valley, in his backyard. And it’s important to have him at the table when we’re talking. So, with Mount Olive, Hackettstown, and Washington Township, we are now truly a community of Chamber members, a community of businesses.” 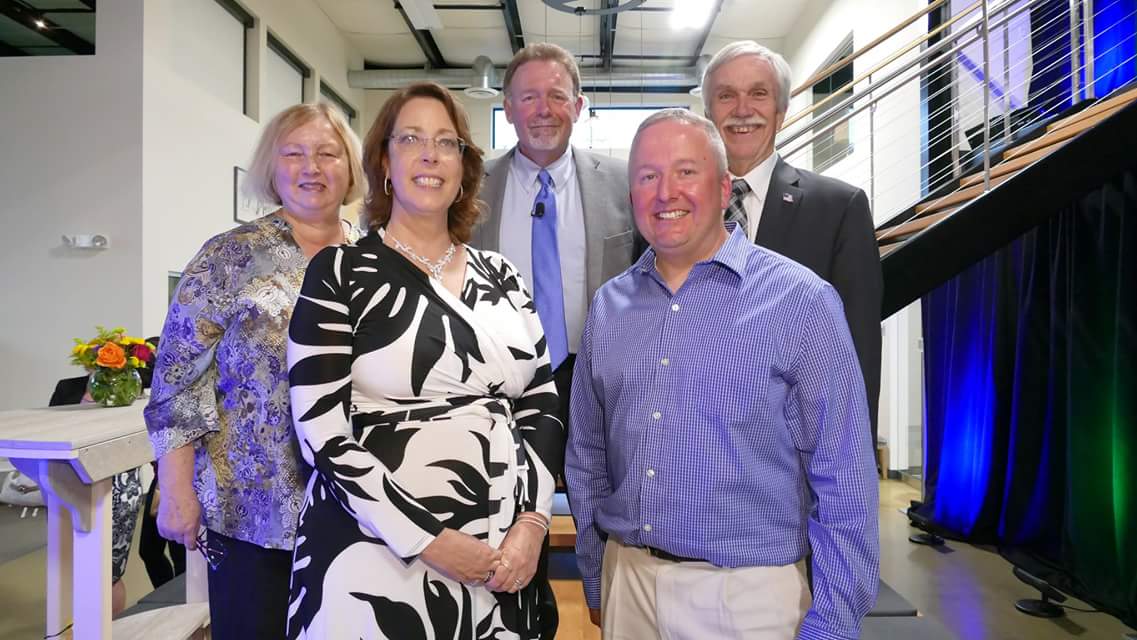 Per Aaron, the 66-year Chamber longevity shows the strength and the need for that community of businesses to exist. “It’s been something that started very small. Back then, the area wasn’t well developed. If you look back, even as far back as the 80s when I used to come through the area as a Boy Scout – I used to go camping in Allamuchy – this  area was all farmland. There wasn’t a lot of residential, there wasn’t a tremendous amount of business.” The International Trade Zone  development changed things. “Then the business real estate started developing and home real estate started expanding, people were setting up their homes, and communities started to build. And the importance of the Chamber, much like the Economic Development Group that exists and the Hackettstown BID group that exists, is an important element to business. It’s the foundation of these communities, and it’s tremendous tax revenue for the town. It’s important for the businesses to have a community of businesses where you can get together and understand each other; understand what we’re each trying to do, and what our goals are within our businesses, and find those opportunities to work together.”

In addition to Aaron, the rest of the Board is as follows. Patrice Schaffer (navitend) is Vice President; Claudia Ehrgott 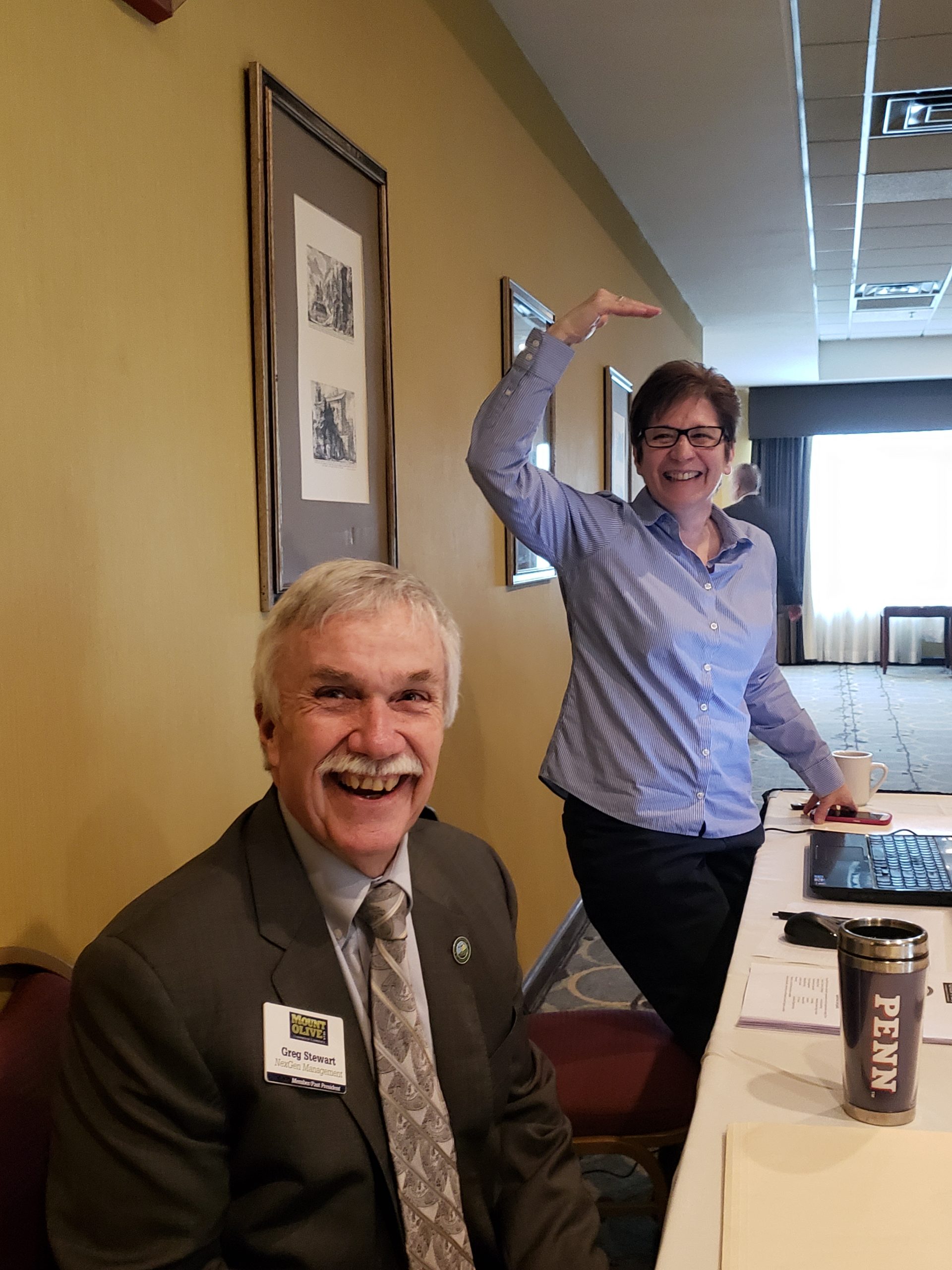 Aaron and Mike Bigger founded Jersey Girl Brewing Company in 2014 and joined the MOACOC immediately. The brewery is located in Hackettstown just beyond Route 46, one of the major arteries that runs through the area. “I think the importance of the last 60 years is, if you look at business growth in the area, you continue to see new properties, new businesses open up on major roads,” he says. In addition to the before mentioned Route 46, Routes 80 and 206 run right through town, and Routes 57 and 517 are a prominent part of Hackettstown. Routes 10, 15, 183, 287 are also nearby. “The amount of traffic you can get through the area is tremendous. You get a lot of pasture from 80 to Hackettstown down 46. With 206 you get that connection between Somerville and 80 that cuts through. And so many cars go up and down there, so having a business along those arteries is really, really an important element to the success of the town.” 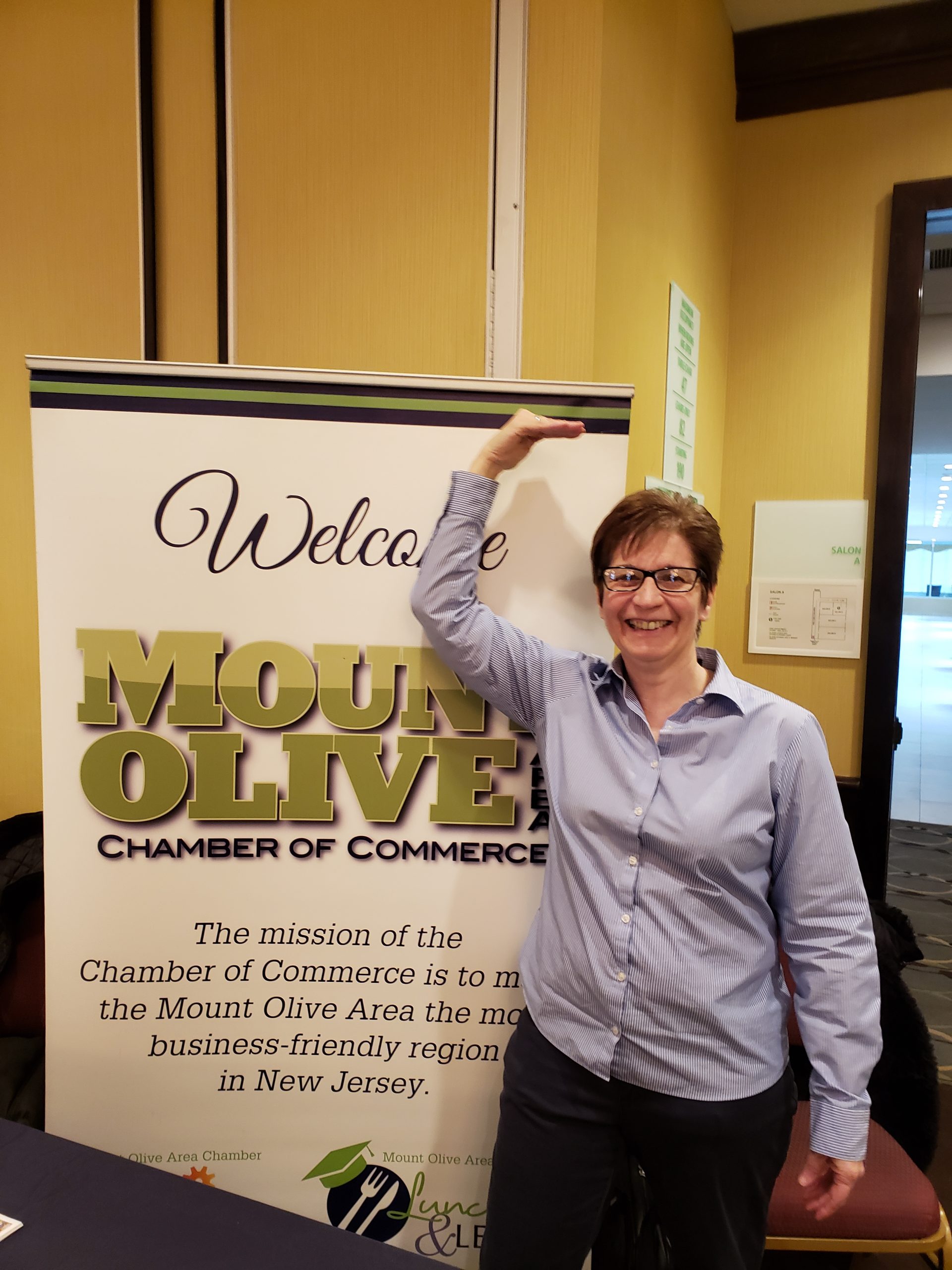 And as the goal of continuing to engage current members is met, replenishment of the MOACOC membership base will happen over time. “I think that’s what this year is about,” states Aaron. “We couldn’t do it all in one year, especially with COVID when it hit. It’s hard to go out and market a program, bringing in new members when you’re saying, ‘Unfortunately we’re going to all be virtual for a while and come join us anyway.’ People just want that face-to-face networking opportunity.” There is a refined plan in place. “We just put together our annual event planning document for all of the events of the year. We have some great sponsors that support the Chamber. So now we’re going to start our goal for this year, expansion. It’s growth, it’s engagement. If you look for a way of describing this year, we need to start engaging more businesses.” According to Aaron, there are many local businesses that don’t know the benefits of the group, nor do they know how to join. The MOACOC has an arsenal of radio, print, and direct mail this year to educate about and encourage prospective members. “We need to reach out more proactively and directly to those businesses to talk to them about the Chamber and encourage them to join.”

Also, another key is that the group is now back in to holding indoor events. “I call them blended events,” Aaron says.

“We’re transitioning back to face-to-face meetings. For example, we had our ‘Marketing the Morning’ meeting last Wednesday, and that meeting was both in person and virtual. So, if you’re a business owner and you say, ‘I don’t want to risk being around other people, where I could get sick or I could have a problem,’ it’s an option. But you know what? We had 10 or 11 people show up face-to-face and the rest were virtual – and we had just as many virtual – and  we set it up with a laptop and a screen so you can see people on Zoom, they can see the room of people, and we all socially distanced.” Of course, there are some requirements per locations. “We have to pick a location where we can meet the standards for separation.” The Board still meets virtually but will meet face-to-face if necessary.

“The job of the Chamber,” says Aaron succinctly, “is to give businesses the best opportunity to succeed in our community. That’s really what it comes down to.”