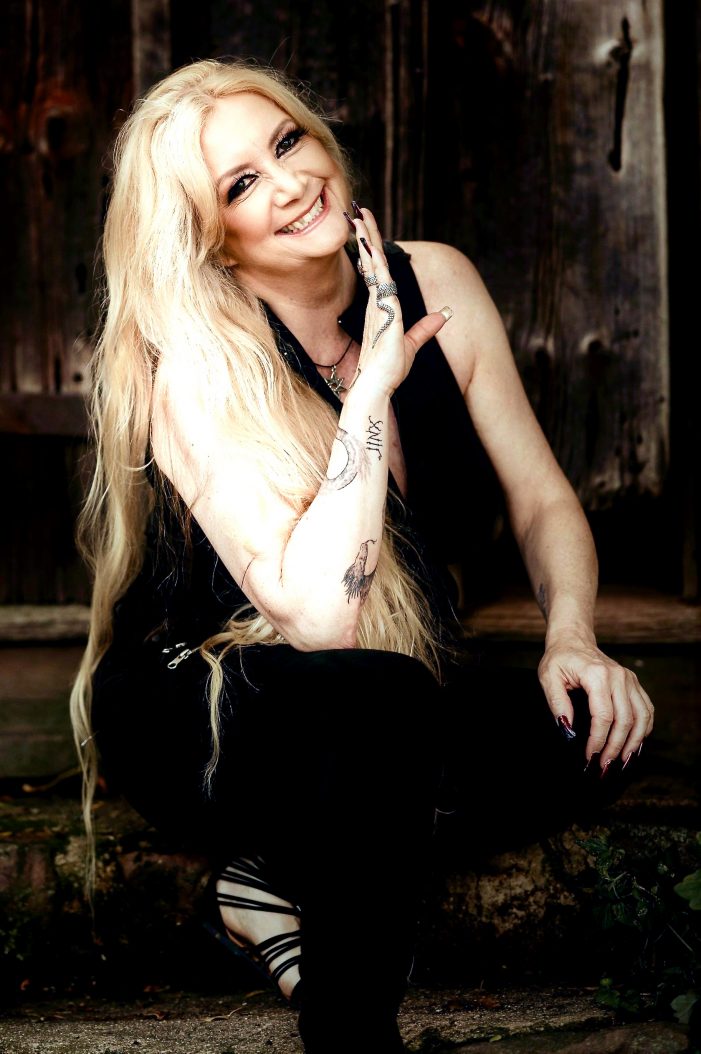 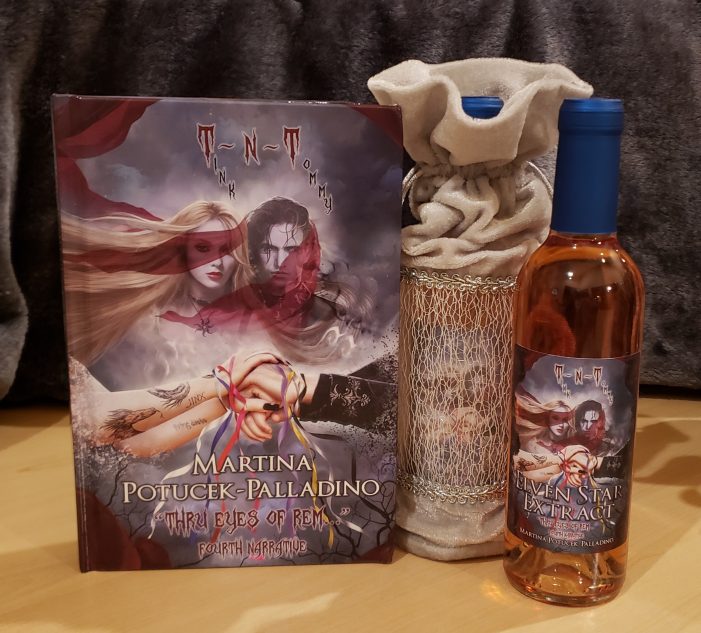 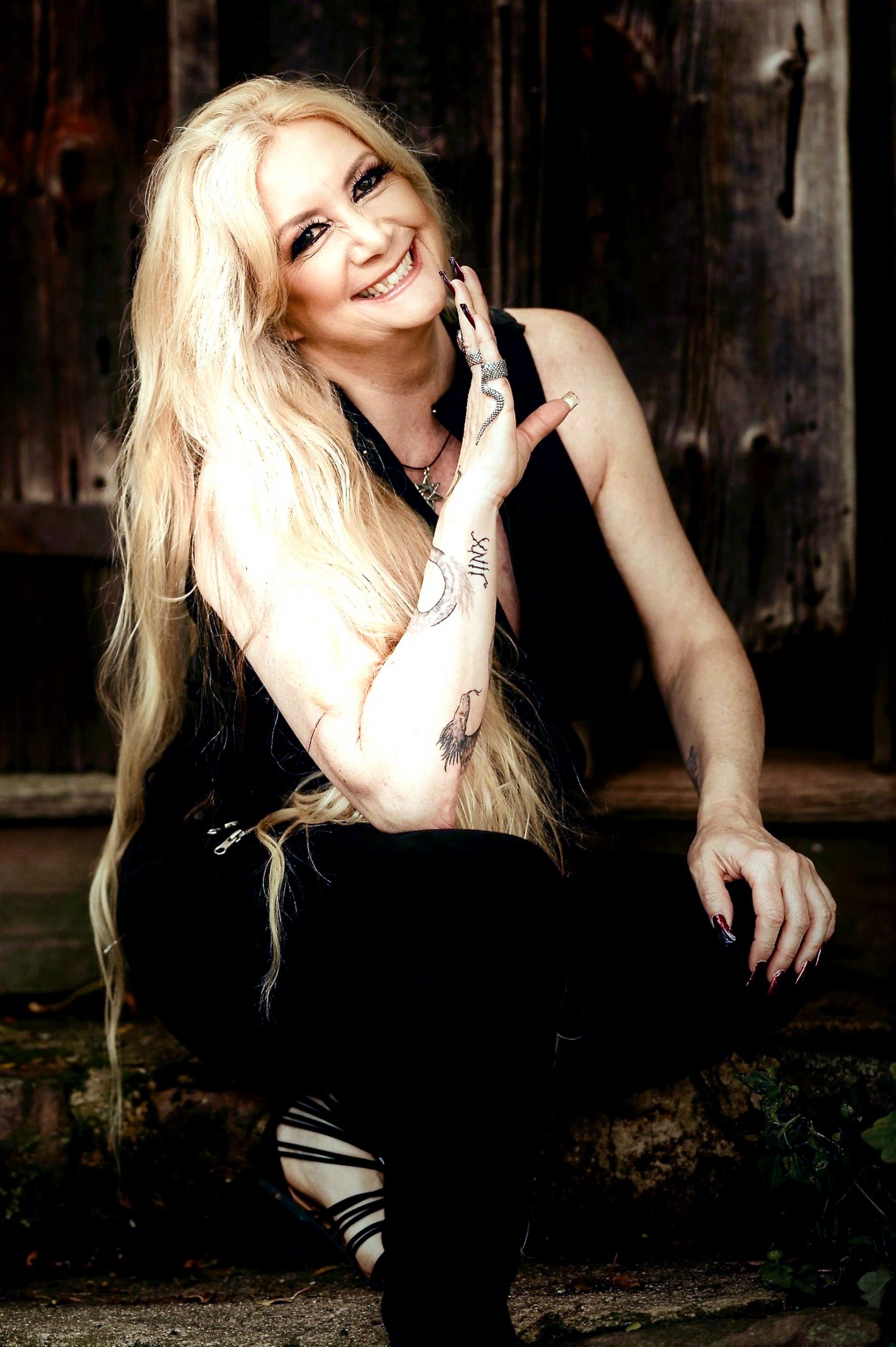 Swept away to an otherworldly place where you are immersed in fantastical fantasy fiction.  Author Martina Palladino has done it again with her new book, “Thru Eyes of REM” Fourth Narrative, T~N~T and now has a wine line to complement the book series.

“It’s something I wanted to do from the beginning. I figured when I have three or four (books) out I could start a line,” Palladino says her artist (Wendell Souza) took the cover image of the first four books and she created a name for each wine. “I went to a winery and tasted different wines that would remind me of the character on the cover of that book.”

‘Through Eyes of Rem’ First Narrative, Tink: According to the author, her blood orange Sanguine Sangria is a perfect fit for this character and vampire stories.

‘Through Eyes of Rem’ Second Narrative, Tommy: the strong, bold character gets a deep dry red, Sette Fratelli Sangiovese (seven brothers Sangiovese). “On the back of book two there’s that title: ‘a forest of seven brothers where a lot of things happen in Sardinia, Italy,’” says Palladino.

“It’s nice if you’re hanging out at home, have a glass of wine and read a book,” she says at local conventions she offers package deals where you can buy one, two, three (or now four) books and she throws in a t-shirt, poster, bookmarks. “I was going to incorporate the wine (half bottle) with the package but you can’t sell liquor if you don’t have a liquor license, so it’s more of a giveaway.”

On the release of her new book, Palladino says it never gets old.

“When a new one comes out I wait until it’s delivered, then I’m like a giddy kid,” says the author. “It’s such an accomplishment every single time.”

And she always keeps things moving…

“It’s an action-packed series. So many characters and plots and storylines, everything is connected but people are in different places,” Palladino says. “By the time I get to the end of a book I pull it all together with these crazy cliff-hanging epilogues.”

The culmination of book four she just published could be her favorite.

“That’s what I wanted to write when I started book one but there was too much in between,” says the author.

“I don’t sit down and think, ‘what’s gonna happen when they get there and how am I going to explain that.’ It just comes to me.”

There hasn’t been any writer’s block — yet but she must be in the mood to put it in writing and then get involved.

“I have the characters narrate chapters at a time. If I’m Tommy — in the mindset of a guy, gonna write and think and talk like a guy, what would this personality do here, which is different from maybe the girl character, the way she would react,” says Palladino.

“When you’re reading it you can feel the tone — there’s a different person talking.”

Writing a chapter at a time in its entirety is her priority, instead of writing half and then going to bed.

It’s about these two souls finding each other over 1,000 years — they meet in the first chapter of the first book and throughout the whole story there are revelations of acceptance, empowerment, tolerance, hatred and love.

“Human feeling embedded in it but these people are undead,” the author says this was a dream she had over 20 years ago, where she got to know these characters in her head, like a soap opera. One day she recalled the story, thinking it would be funny if she wrote it down. “And it was literally pouring out.”

That’s what she loves most about fiction, the endless possibilities.

“Kill people ten times and they can keep coming back if you want them to,” says Palladino. “You can blow somebody up and somehow explain it away, turn it around and they’re gonna come back to life.”

It’s the art of making it seem like it could be reality.

In the story, you’ll find magical beings who learn to coexist even though they may be enemies. They see that everyone in their world is different. Parallels our world today.

“I’m gonna keep going and see what happens. There’s so much more to come,” says the author, who is living her dream and then some.

Her wine line is now being sold at The Marketplace in Flanders, on Rt. 206, along with the books. To learn more, visit www.martinapalladino.com.