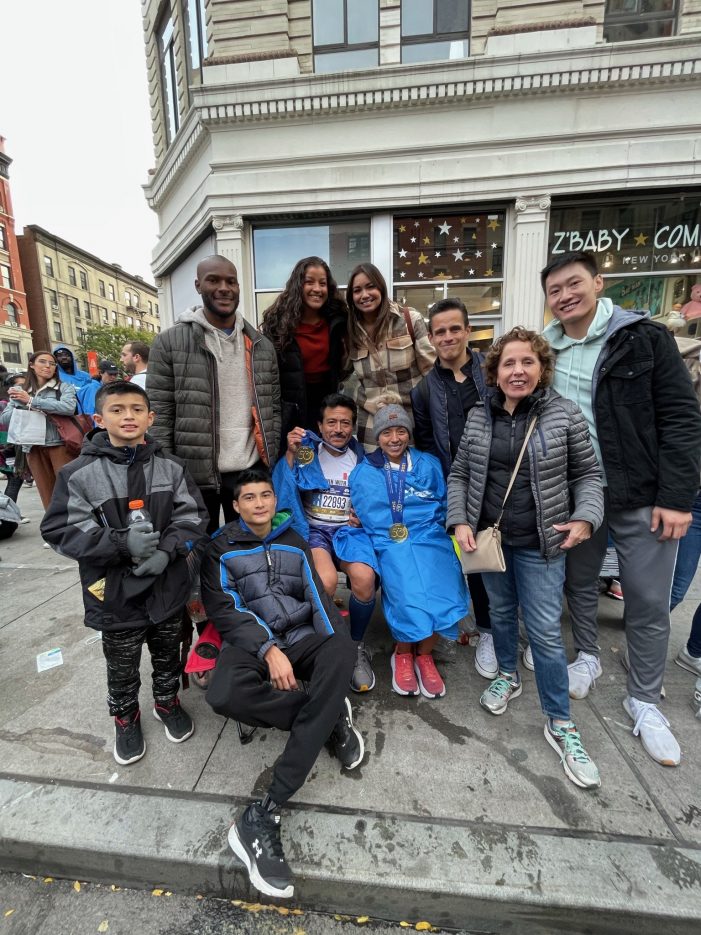 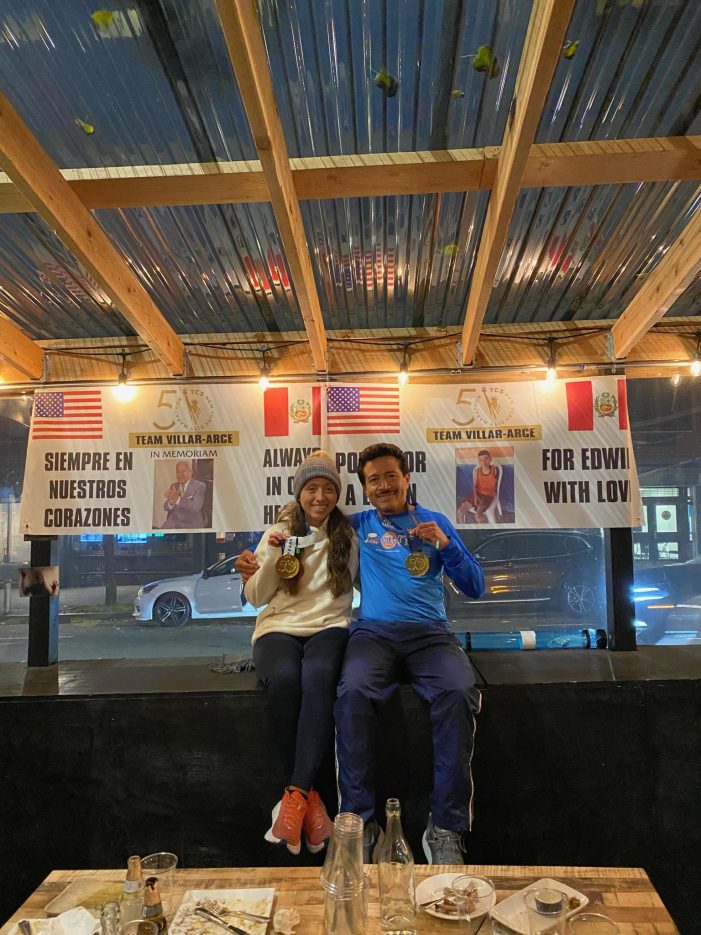 For Nicole Villar, the 50th TCS New York City Marathon on November 7, 2021 was her first ever marathon, and she did it with her dad, Carlos.

“One of the things that he wanted so badly was to run a marathon with one of his kids,” says Villar, 27, formerly of Mount Olive but now living in Arlington, Virginia. “Obviously, this was a big moment for us. Just knowing that we were doing it together, honestly, meant so much. Growing up, my parents have always instilled in my siblings and I that family is everything, and no matter what, your family will always be there for you. So, this is a memory that I’m definitely going to cherish. I’m going to share it with my kids and, hopefully, I’ll be able to do the same thing one day with my kids.”

As enjoyable as running and completing the marathon with her dad was, the most important thing is that the Villar duo are fundraising for Edwin (Salazar Guerra), a 16-year-old, Hackettstown High School freshman who lost his limbs when he was seven. “He’s from Guatemala,” Villar says, “My dad and I actually met him and his family at the Church of the Assumption of the Blessed Virgin Mary in Hackettstown. We met him and his family through a friend. We’re always kind of looking to, to help those in need.”

Nicole and her dad, who are seeking to raise $20,000 for new prosthetic legs Edwin, have set up a GoFundMe page. The duo was supposed to run in the 2020 marathon, but it was canceled due to the COVID-19 pandemic. This past July, when it was determined the duo would take part in the event, they searched for a local cause to run for.

Edwin, his mom, and Edwin’s little brother were in Manhattan that day to watch the Villars run. “It was a great experience,” Villar says of the 26.2-mile marathon.

Villar played soccer throughout high school and college, but also took up running. “I’ve always liked running,” she says, “but I never realized how much of a passion I have for it and that I’m actually good at it. So, after college, I just kind of started running more.” Villar traveled to watch her older brother take part in the 2017 marathon. “When I saw my brother run it, I was just kind of like, ‘Wow, I want to do that someday.’ And then my dad ran it for the first time back in 2019, and that definitely solidified that I wanted to run a marathon at some point in the near future.”

Villar started preparing in August, she joining the NOVA (Northern Virginia) Running Club. “In terms of running the actual race, I knew that it wasn’t going to be easy.” At mile 16, Villar started to feel tired and began to pace herself more. “The New York City marathon course isn’t easy. There are a lot of hills, a lot of bridges, but the wind wasn’t as strong, but you still felt it – especially going up those bridges, the wind going against you. So, all those little things were tough, but going into mile 18, that’s when my mental strength like had to kick in. That’s when I had to keep telling myself what I was running for. Just knowing that I was running for a cause, and knowing that my family and Edwin were going to be waiting for me at the finish line was just so motivating to me.”

The GoFundMe page for Edwin is www.gofundme.com/f/prosthetic-legs-for-edwin.