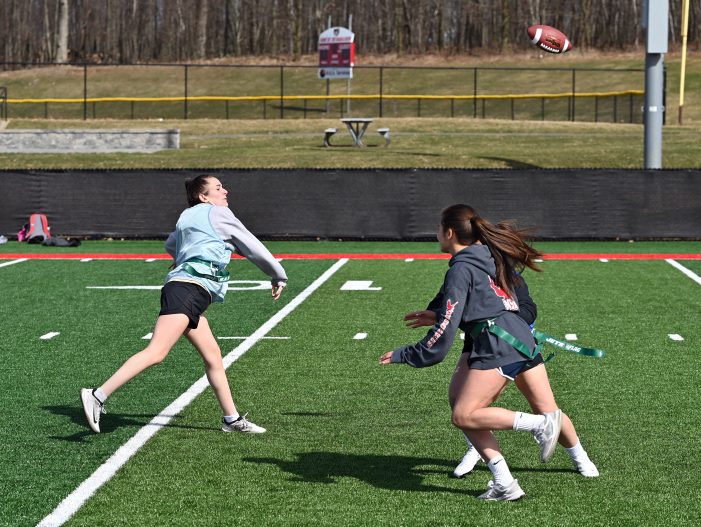 Under pressure, Jess Jobbins gets it airborne 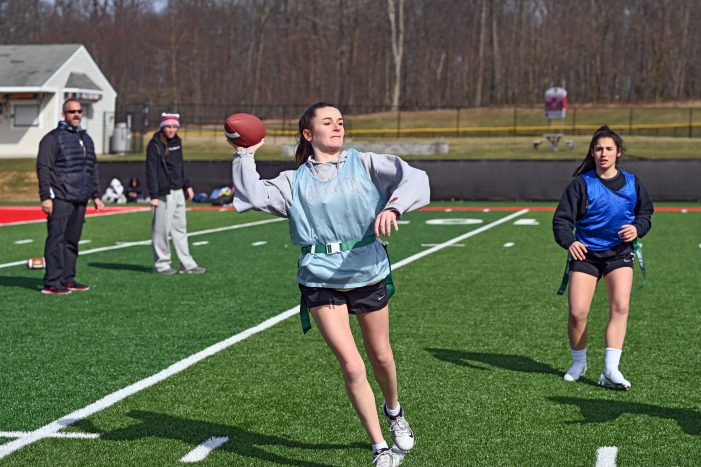 Jess Jobbins, under pressure from Gabrielle Drucks, rears back to pass as Coaches Brian O’Connor and Kristina Danella watch 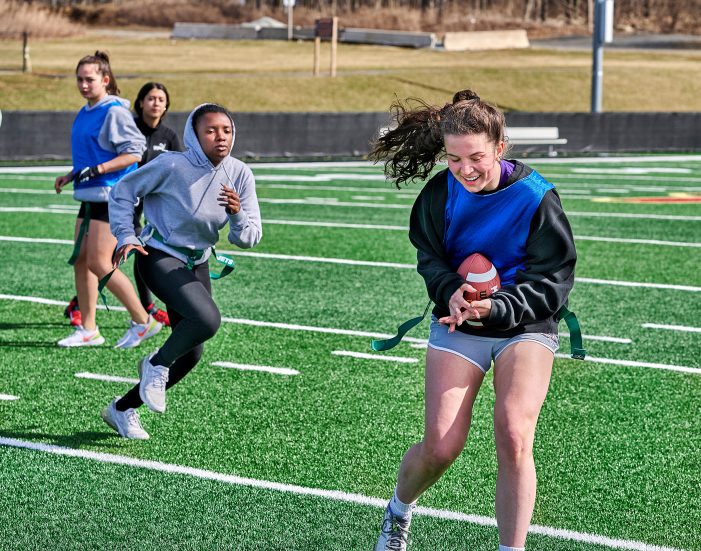 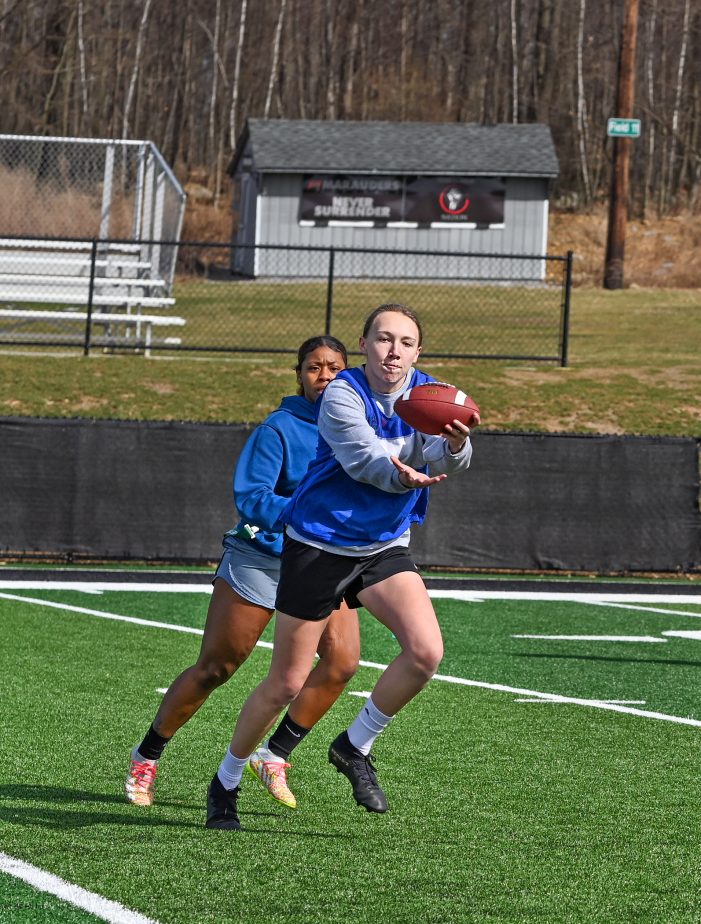 Girls flag football has touched down at Mount Olive High School. About two dozen girls in grades 9–12 made the cut for the new team’s inaugural season.

Practices began in early March, with team members spending time both out on the field and inside learning defensive and offensive plays. Although it’s officially run as a club since flag football isn’t recognized as a varsity sport by the New Jersey State Interscholastic Athletic Association, the team plays against other school teams from the area. The team will play its first game on April 13 against the Passaic County Technical Institute, defending state champs.

“It’s all about creating opportunities for kids,” said Superintendent Robert Zywicki, Ed.D. about starting the team. “From my own personal experience, I know how important team sports are in helping young adults develop life skills such as leadership, teamwork, and confidence.”

Many of the players participate in other varsity sports during the fall and winter seasons. The flag football team provides students with another way to compete during the spring.

MOHS junior Julia Klatt, an athlete who plays varsity soccer and basketball, didn’t have much experience playing football. That didn’t stop her from trying out. She found a team spirit different than on other teams.

“I enjoy it,” she said. “Some teams can be stressful. This team, you can just have fun.”

“The coaches are great, very helpful with the plays and telling us where we should be,” said sophomore Gabrielle Drucks. “We do similar plays to the boys teams.”

A grant from the NFL helped pay for some of the team’s startup expenses.