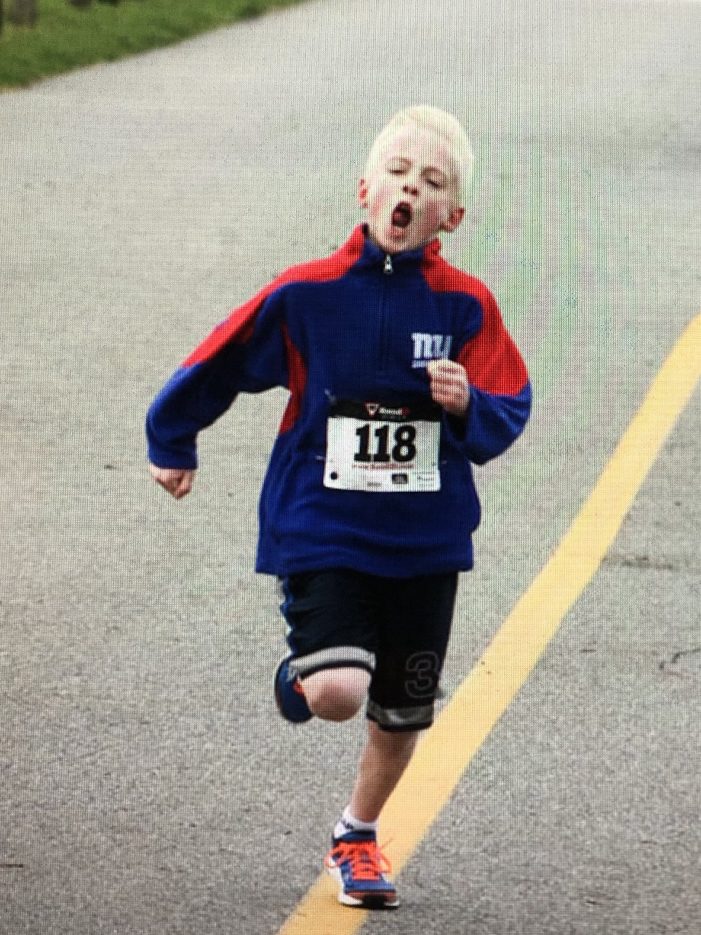 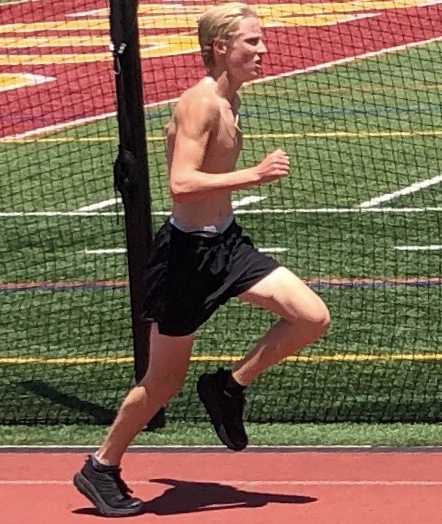 He is, after all, a member of the Mount Olive Marauders Cross Country team, and he has been running ever since he was in grammar school. So, when a contest surfaced offering rewards for running 100, 250, and 400 miles over the summer of 2020, he was at the starting line.

And, eventually, the finish line.

“My friend one day texted me and said he was doing the same challenge (The Summer Mile Club), and there were options to go 100, 250, or 400 miles,” explains Hertzig. “For each milestone you hit, you get a reward.” If you run 100 miles, you get a hat; 250 miles, tips from professional runners; and for 400, your name is entered to win prizes from HOKA ONE ONE, the organizers of the event. More than 8,500 runners nationwide ran a combined 1.8 million miles. The contest was open to applicants of all ages.

Hertzig did receive his hat and collection of tips for succeeding in the 100 and 250-mile intervals but is still waiting to see if he will win any prizes in the 400-mile realm drawing. “It’s not all about the prizes, of course,” he states, humbly. “It’s about the training aspect. This helped me for motivation purposes.”

Hertzig, who lives with his family in Flanders, was most likely spotted by residents numerous times in June, July, or August. He did a lot of his Mount Olive running in Turkey Brook Park, and also at Mount Olive High School and other spots in town. He also ran while on vacation along Ocean Drive in Cape May, a few times in Point Pleasant Beach, and on Long Beach Island, where he passed the 400-mile milestone in Surf City. “Physically, I wasn’t feeling real great,” he says of that specific day on the 12-mile-long barrier island, “but I felt accomplished, as I worked all summer to hit this goal.”

Hertzig’s summer success, which was accomplished while jogging sometimes during intense heatwaves, was fortified by his “don’t give up” attitude. “There were a lot of days where I just did not want to run. And at some point, I was just fine without running. I was like, ‘I’ve gotten this far, I’m just going to stop.’ But then…I don’t quit. So, I just got out there day by day and kept logging my miles.”

The Hertzig family plans to enjoy a celebratory meal out at nearby Bell’s Mansion in Netcong. His parents, Kathleen and Brett, and twin sister, Lauren, were a huge well of support, as were his various teammates that ran with him.

Heading into the fall Cross Country season, Hertzig feels the team will have success. “I think we’re a young team; we have a lot of sophomores and freshmen, and we do have a couple of juniors and seniors. I’d say we’re building. We’re supposed to have a season. Our first meet is on October 2, and we have five meets this year.”

No doubt, Christian Hertzig is prepared.