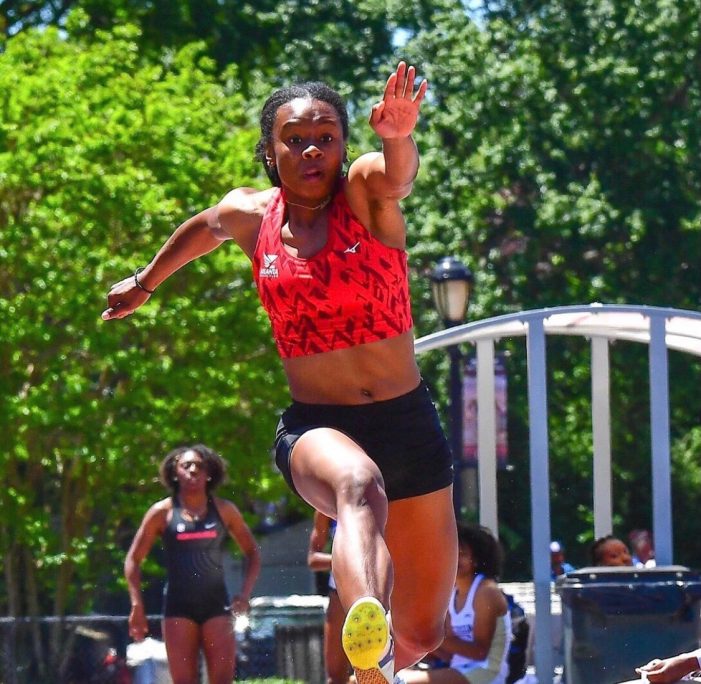 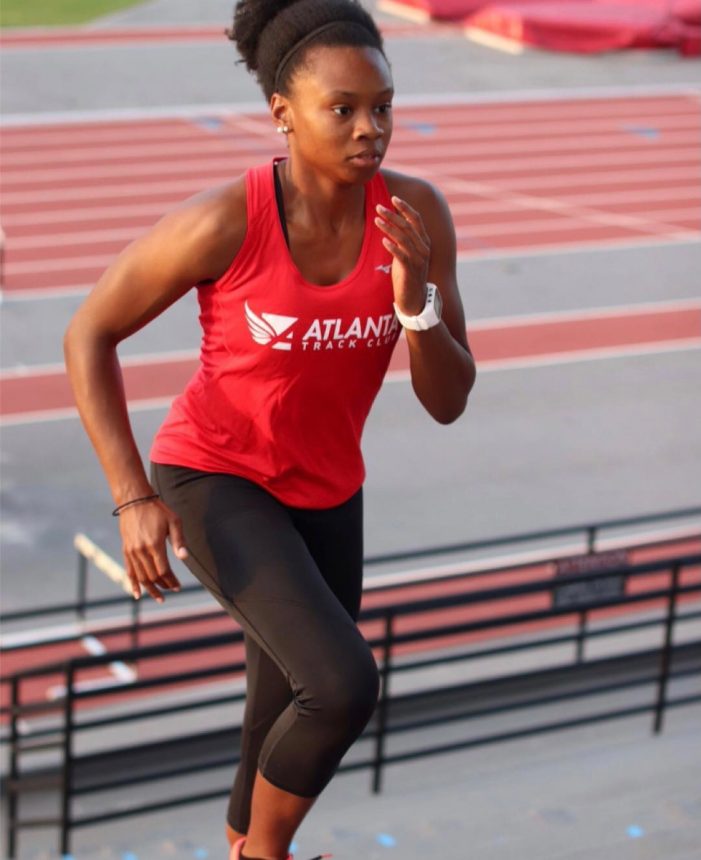 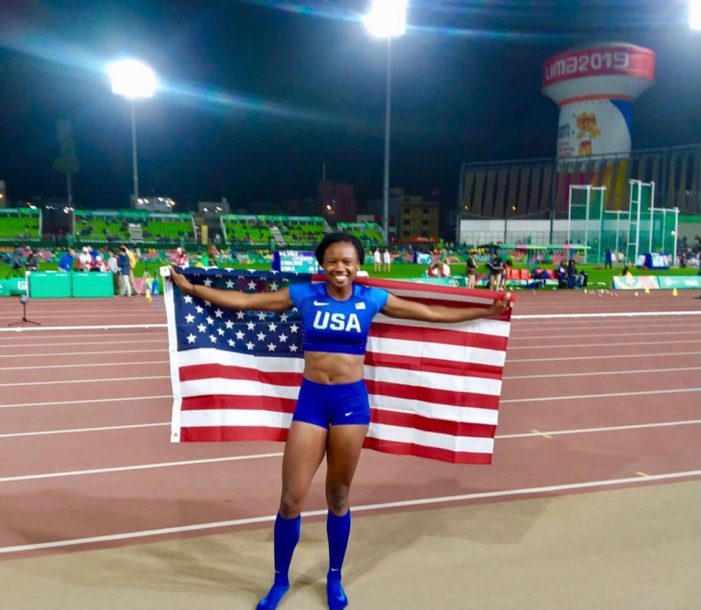 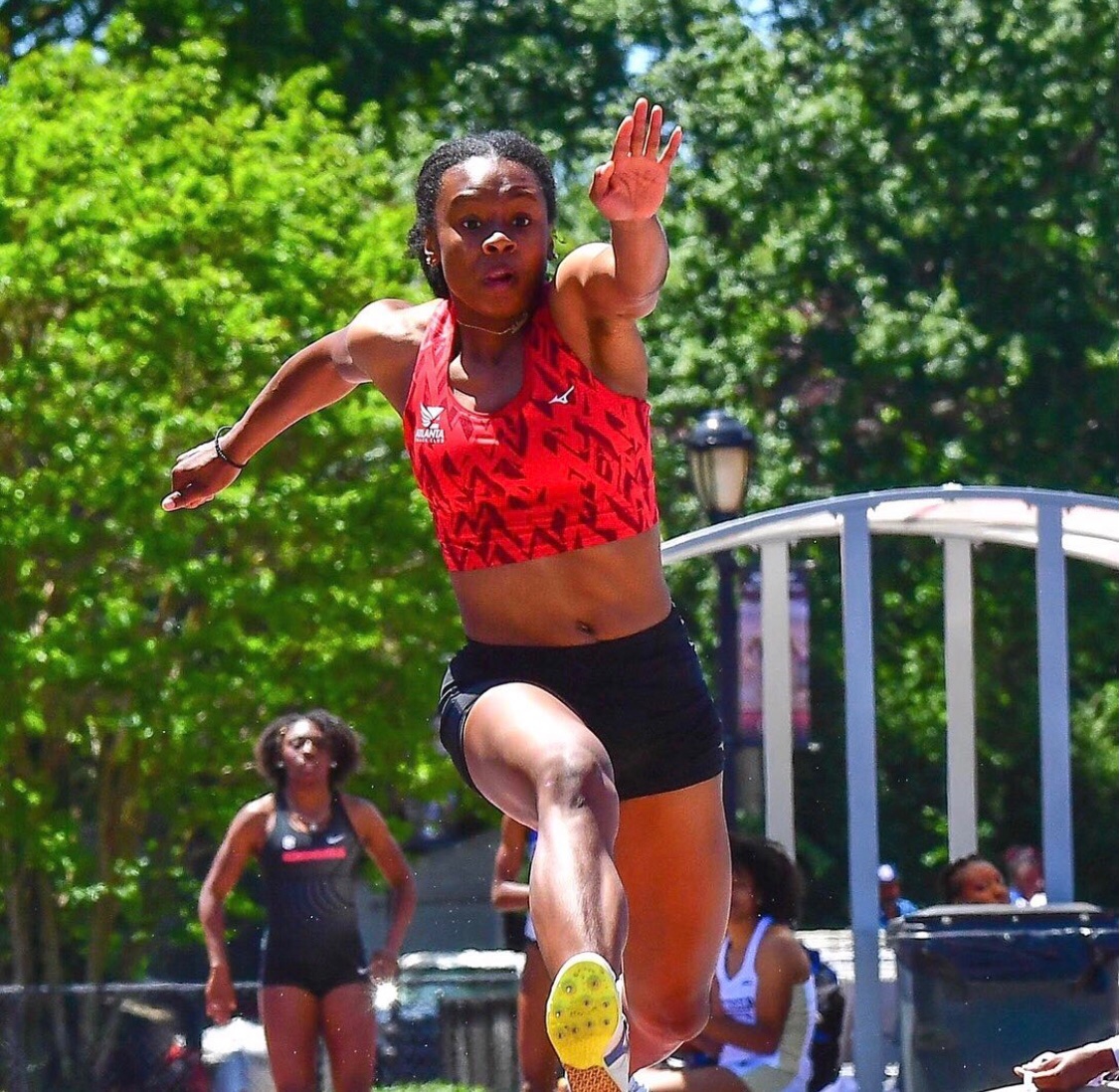 Much of Mount Olive will be watching the Tokyo Summer Olympic Games. Originally scheduled for 2020, due to the COVID-19 pandemic, the games are now taking place in 2021. One Mount Olive resident is on the path to Olympic glory for a second time. Meet Keturah Orji.

“I started out doing gymnastics, which I did for several years. I was a competitive gymnast and was training as a level nine gymnast when I decided to quit in eighth grade. I was still athletic and wanted to continue in sports, so I decided to try out track. I used to race boys in recess and usually could catch them or I was faster than them. I joined the track team where I was sprinting at first but my coach decided to put me into the jumping events and I discovered I was really good,” Orji says of her humble beginnings.

“The moment that I realized that track and field was the sport for me was during my junior year at Mount Olive High School. I tried out for World Youth, which is a chance to compete for Team USA against other people in your age group. I ended up making the team and I went to Ukraine to compete there and I won a silver medal in the long jump and a bronze medal in the triple jump,” Orji said.

After leaving the halls of MOHS, Orji went on to compete at the University of Georgia and graduated in 2018 with a degree in financial planning.

“The collegiate track experience was a great thing for me. I was nervous leaving New Jersey and going all the way to Georgia without any family. On my visit to UGA, I really enjoyed the team and I felt like the coach really valued me and could help me improve and get me to where I wanted to go. Just the combination of all of those things really encouraged me,” Orji said.

Orji has had quite the history when it comes to track and field. She is a three time NCAA triple jump champion and a 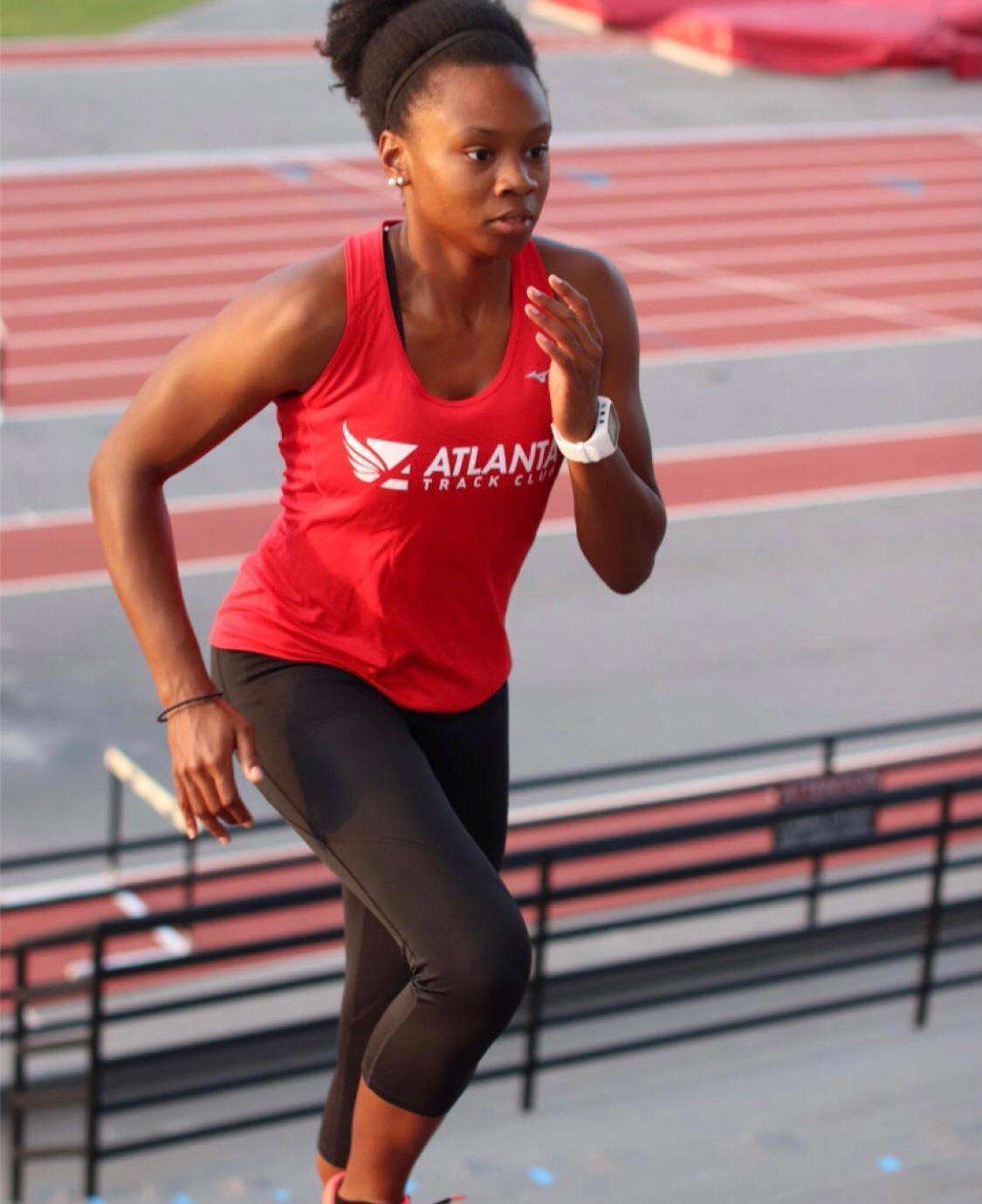 two time World Youth Championship medalist. She was the first woman in University of Georgia history to win eight NCAA titles in field events. She was also named SEC Outdoor Scholar Athlete of the Year in 2016, among many other accolades.

In 2016, she was a member of Team USA and represented the country at the Rio Olympic Games.

“I dreamed about being an Olympian even when I was a gymnast. My family and friends always talked about how they’d love to see me at the Olympics one day. To be able to switch sports and still qualify for the Olympic team was crazy to me. You really don’t realize what you are doing and what you are a part of until after you come back home and life calms down a little bit,” Orji said.

Although she placed just off the podium in 2016 with a fourth place finish in the triple jump, Orji is still proud of her accomplishments.

“I wasn’t disappointed by my fourth place finish at all. I remember before we left for the games, Team USA had us write letters to ourselves that we weren’t allowed to open until after the games were over. We were supposed to write down our dreams and goals for the games. Mine said, “I’ll be happy to finish in the top 8, but if I make top 5, I’ll be really pleased with myself,” and to be fourth in the world in the triple jump was incredible. So many people kept reminding me that if I had made it another 3 centimeters, I would have won an Olympic medal. I was 20 years old, I was just happy to be there at the Olympics,” Orji said.

As Orji preps for a shot at the 2021 Games, her training regimen is quite rigorous.

“I’m currently training and the pushback of the Olympic Trials has helped me immensely. I got to take a step back and rest and rehab injuries. I also transitioned to a new coach and I had a great adjusting period with the extra year to prepare for Tokyo,” Orji says.

Overall, Orji hopes to inspire kids for years to come and hopes they remember that athletics is just a small part of who they are.

“Don’t value yourself off of your athletic talents. In our world, sports is a very big deal and people will very quickly label you by what you have accomplished. If you have gone to the Olympics, everyone knows your name. If you are doing well, you are getting a lot of praise, but if you aren’t doing well or you are injured, it comes across that nobody cares about you. That shouldn’t be how our society is. You are always valued and you are always an important person whether you do well or not in a sport. What sport you do is not who you are, it’s just something that you do and it’s one aspect of you. There are so many other talents in the world too,” Orji said.

Orji’s road to Tokyo will take her through many meets to come through the next few months. All contingent on the COVID pandemic, Orji will hopefully compete at the Team USA Track and Field Olympic Trials from June 18-27 in Eugene, Oregon. Should she make the team, Orji will head to intense training camps before heading to Tokyo for the Olympic Games, currently scheduled from July 23 to August 8.