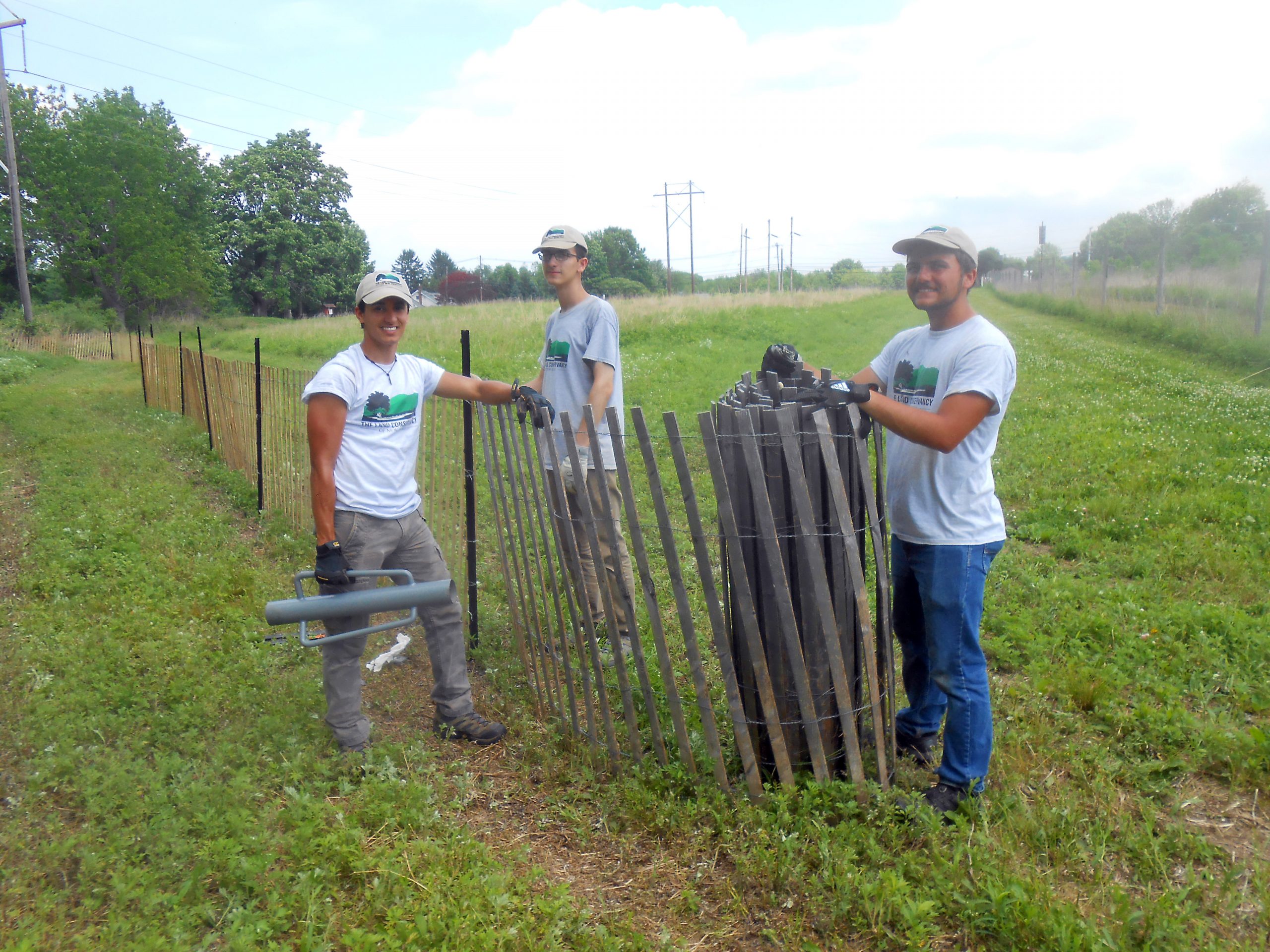 The award was established in the memory of former Land Conservancy Trustee, Dick Sargent, and the internship was created with a generous gift from his family and donations to a memorial fund in his memory.

Lieb, an Environmental Science major, was notified of his award a week after he finished his internship in August. When asked who should be nominated this year, Sandy Urgo, Vice President of Land Preservation and Stewardship, didn’t hesitate to enter Lieb’s name. “Chris is exactly the type of individual our organization values. He really cares about our work, and as a result he invests and extends himself as needs arise. He is good humored and dedicated—someone that anyone would want on their team. I received a report one evening this summer about a potential problem with our Chew Crew (the goats that eat invasive plants at South Branch Preserve). It was a weekend, and Chris was down the shore, but he took several calls that evening and walked me through the steps to address the situation. All turned out well, and I was really grateful for his excellent assistance.”

After his sophomore year in college, Lieb and a friend elected to work on the Mount Olive Community Fellowship project. As one of three leaders, Lieb was in charge of the environmental branch that had fourteen high school students, and all worked directly with the Boonton-based Land Conservancy. “Chris had done some volunteer work with us last year in the community garden,” says Dennis Briede, Stewardship Manager, recalling Lieb’s efforts on the project. “We saw how conscientious and hardworking he was, so we hired him as a stewardship Intern. He did all of the various tasks presented to him very well. He went out of his way to do a properly good job.”

When notified by Lieb that he was back in town early in April due to COVID19 and anxious to help out again, the Land Conservancy happily gave he and his colleagues a plot of land to work with in the Mount Olive Community Garden on Wolfe Road. Lieb and his crew, who worked 30 – 40-hour weeks for four months up to August 18, were given two plots to garden in, and all of the food grown under their watchful eyes was donated to the Mount Olive Food Pantry. “We also did some (maintenance) work in the garden, too, trying to keep it clean: mulch it, pull weeds, fix the mulch pile,” says Lieb.

As to his future, Lieb recognizes the job provided valuable hands-on work in the field with invasive species and its removal, all in an effort to bring the land back to its natural state, and he seeks to learn and work even more. “I hope this experience with the Land Conservancy can get me a job learning and working with an organization that does consulting, soil samples, and that works in hazardous waste and odd lands – focusing on the clean-up process.”

For more information about the Land Conservancy of New Jersey, visit www.tlc-nj.org.