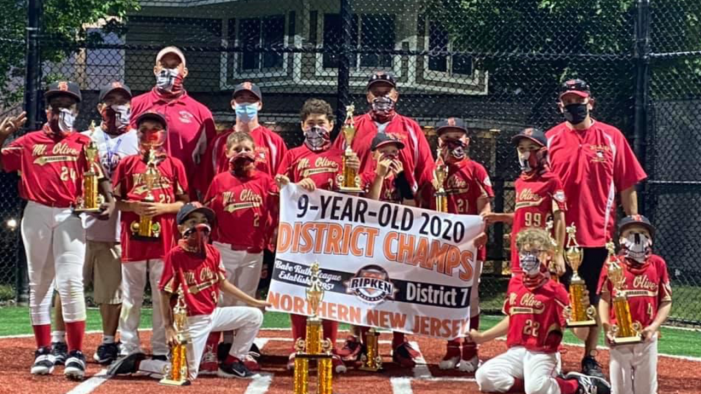 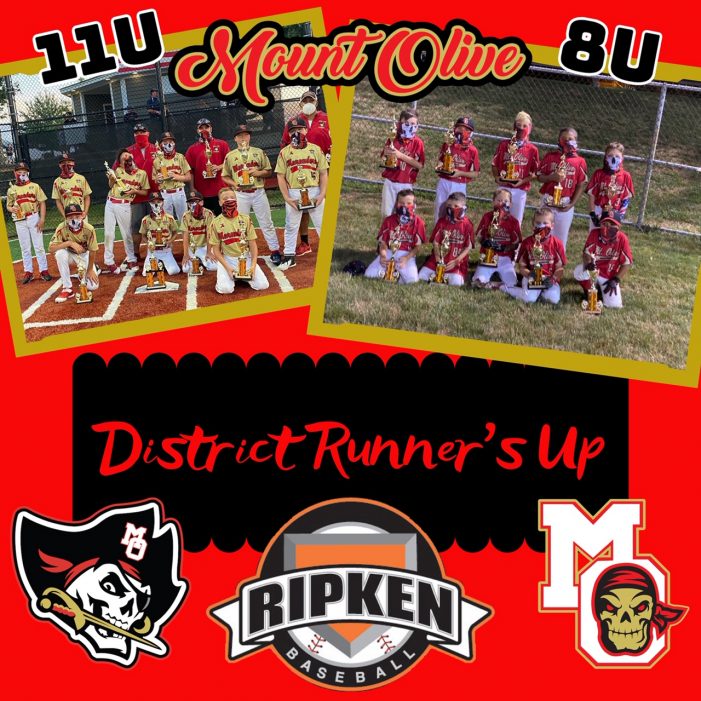 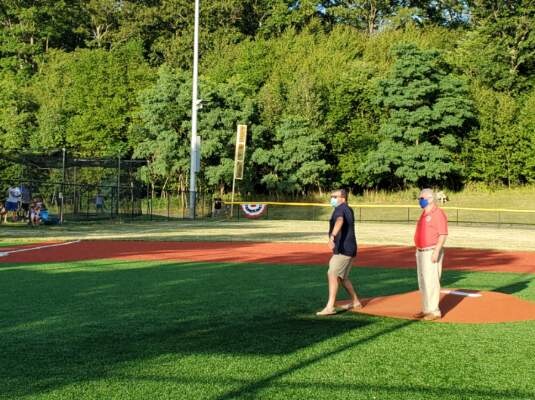 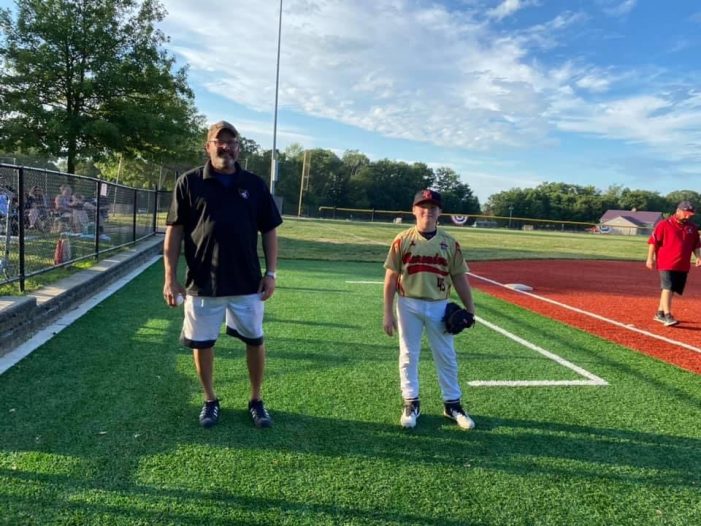 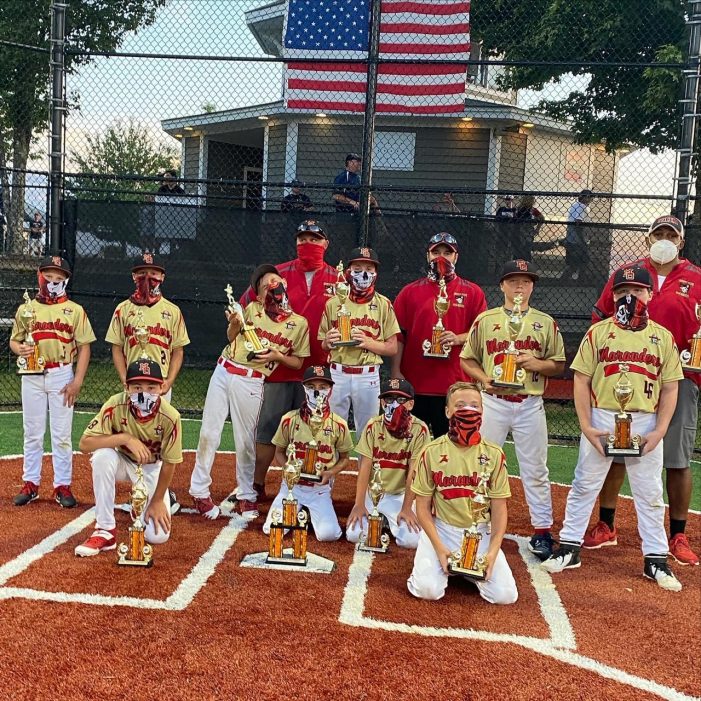 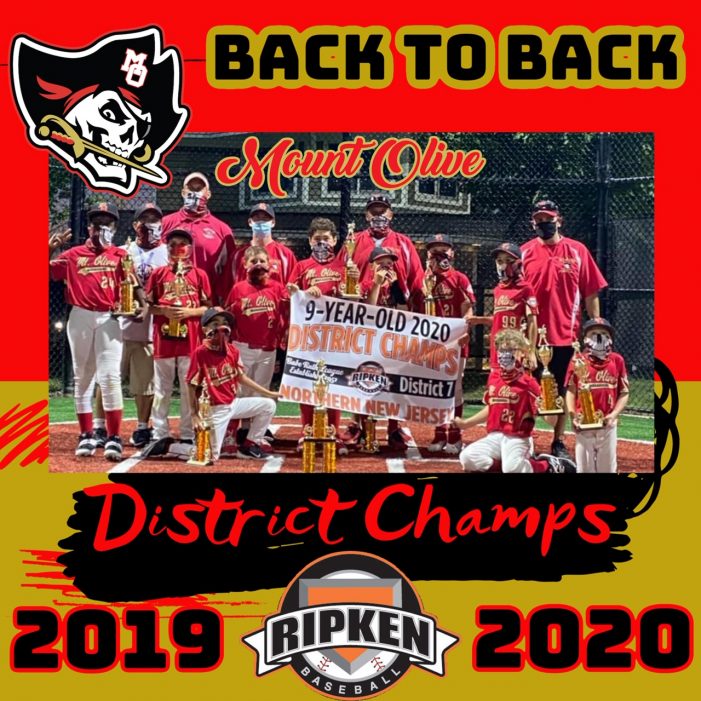 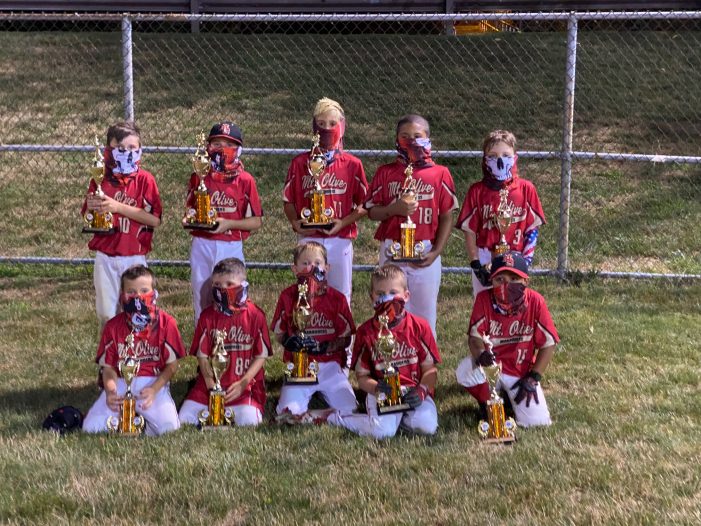 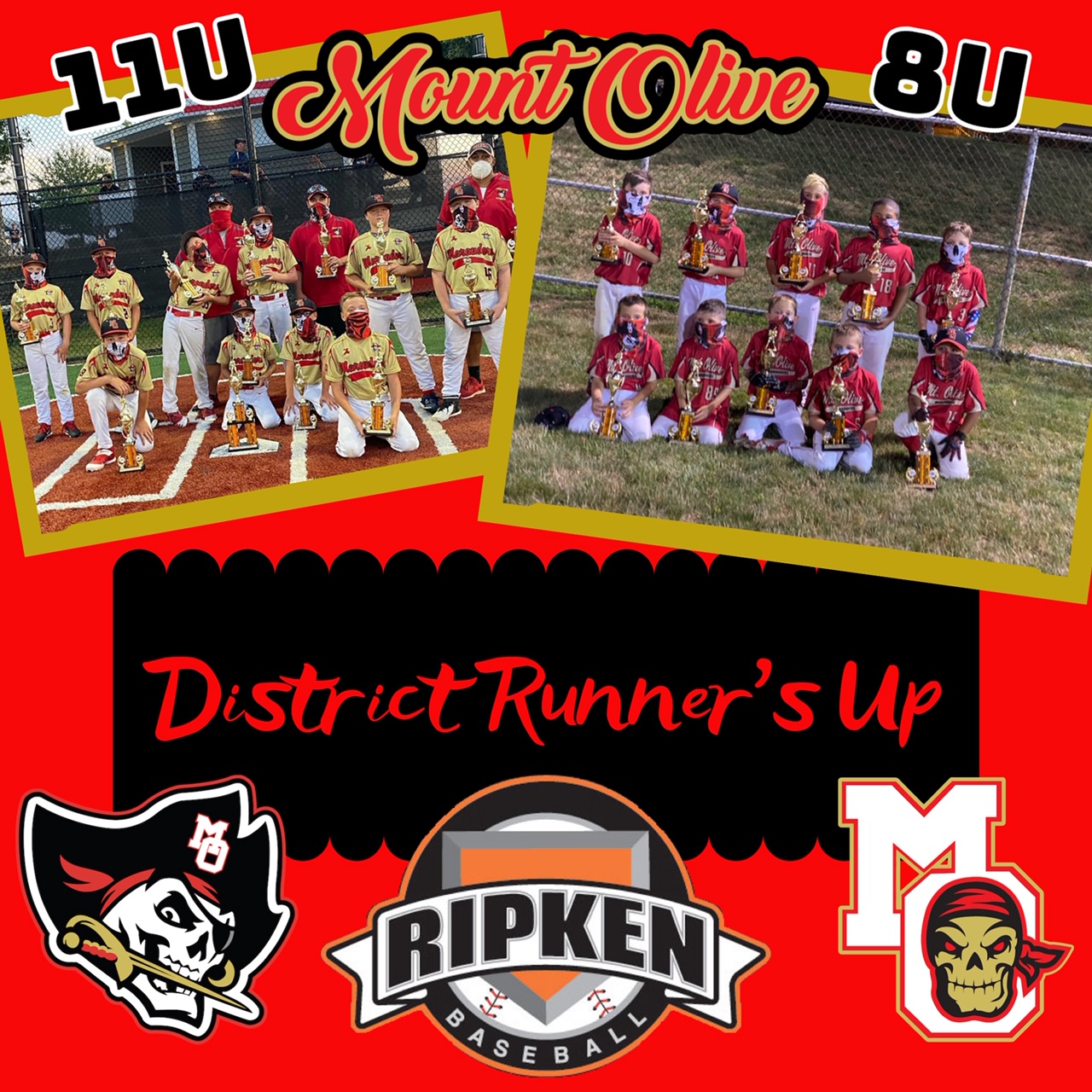 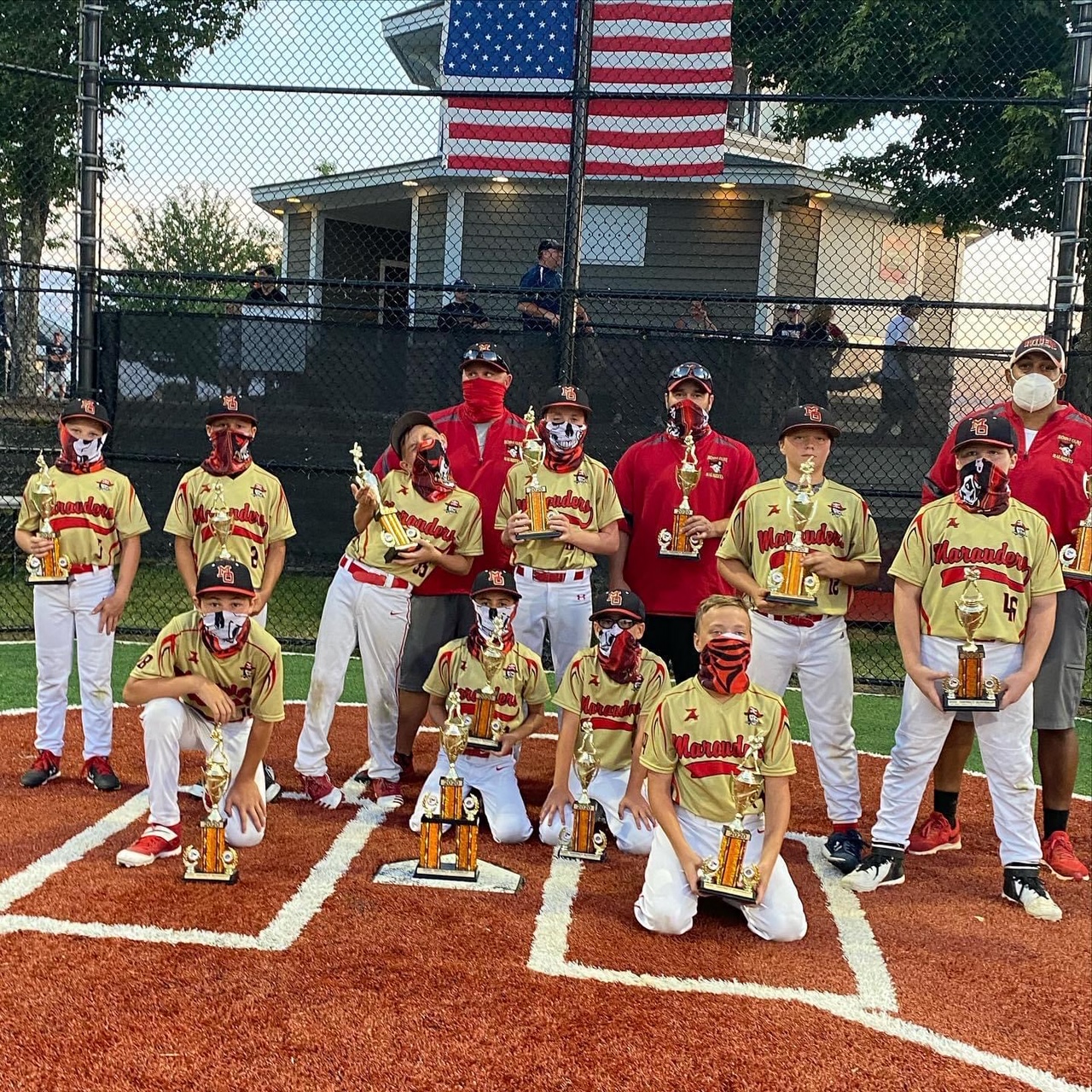 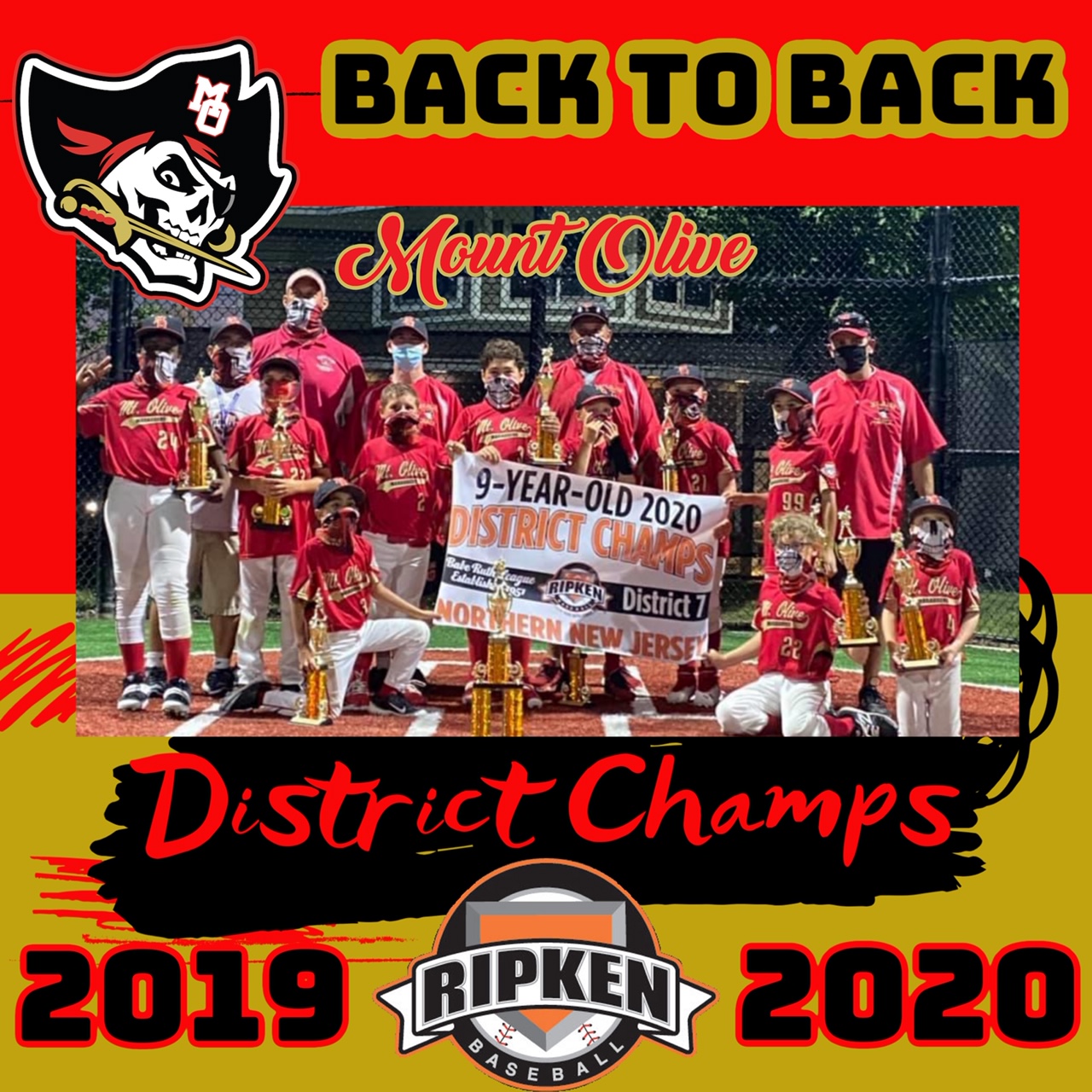 Mount Olive Marauders Travel Baseball are champs again!  For the second straight season the 9U Marauder baseball team has won the District Championship.  Ryan Bush’s Marauder team will look to avenge their only loss in their last 50 games which occurred in last year’s state tourney.  The 9U state tournament commences August 8th in Edison.  9U won’t be alone as far as Mount Olive teams in states this year.  The 8U 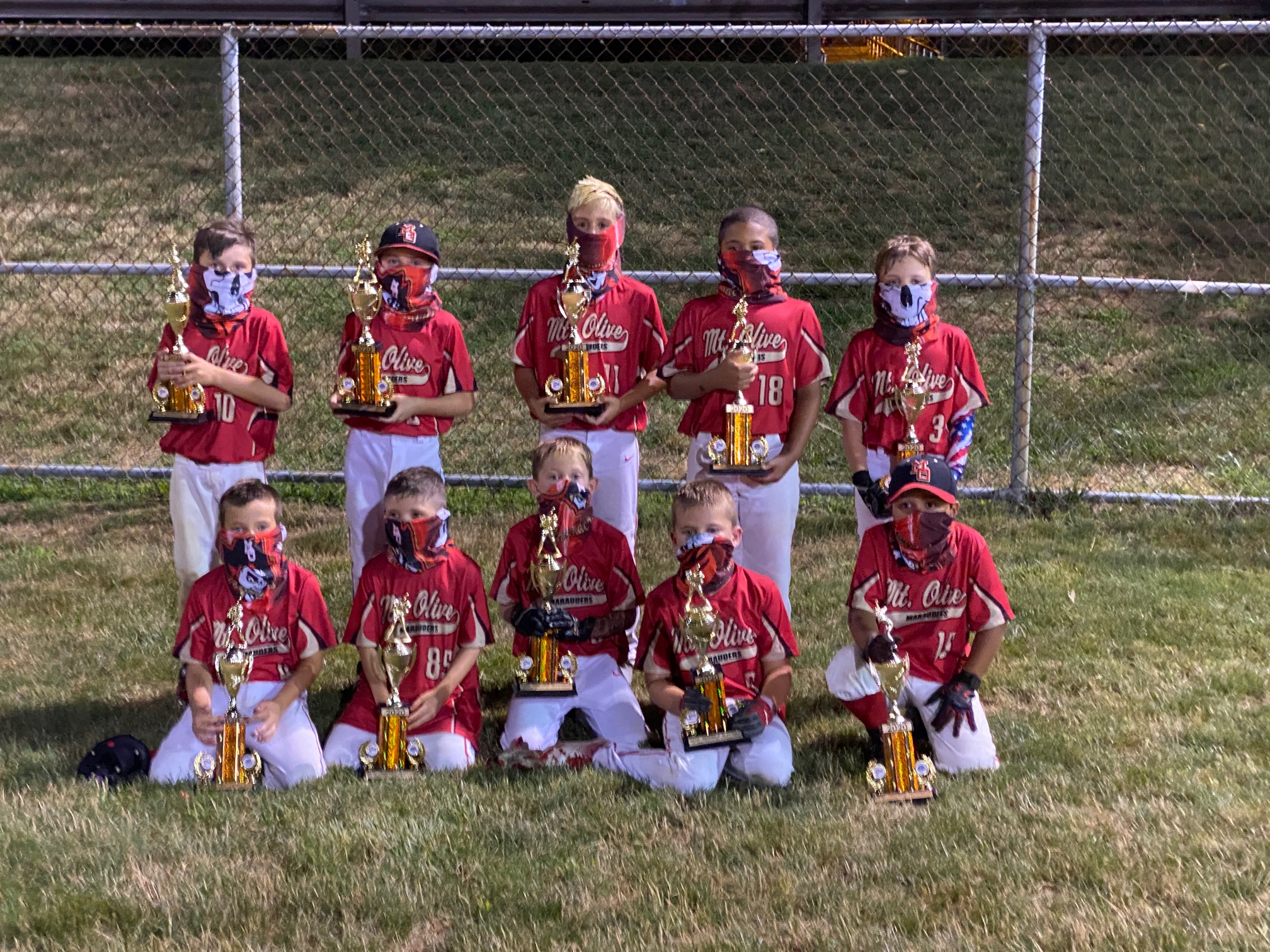 Marauder squad went undefeated in pool play and were on the verge of a District Championship before surrendering a late lead in their game against Kinnelon.  As the runner up they qualified for the 8U state tournament to be held in Cranford.  An unprecedented third Mount Olive team made states, as 11U will make an appearance after finishing as runner up in the Cal Ripken District 7 tournament held at Turkey Brook Park.  11U lost a 2-0 pitcher’s duel to a tough Roxbury opponent and will look to rebound with another strong showing in the 11U state tournament in Wayne.  After what was thought to be a lost year due to COVID-19, the Marauder boys came out of quarantine and put together outstanding performances in the District Playoffs!