Mountaintop Church Seeks to Update and Expand with 10-year Plan 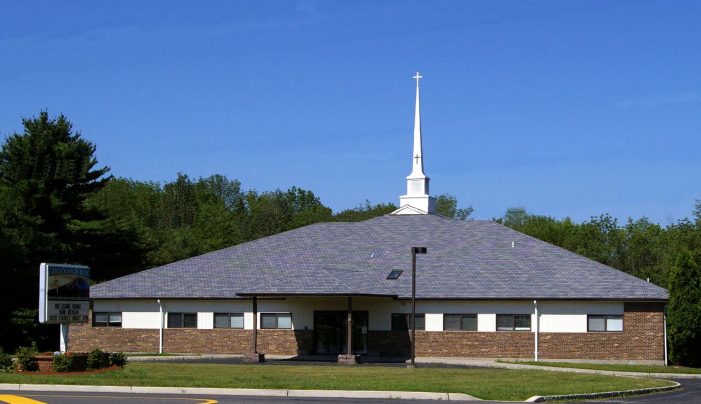 Mount Olive Township’s Mountaintop Church is seeking to update their current church structure while also expanding within the next 10 years.

The name of the expansion program is called Legacy 20/20.

Call it maintaining the current and building for the future. “We’re doing a three-phase program right now over the next few years,” says Jones. “The first phase is we need a new roof, our front sign is ‘tired’ –  we put letters on, and they break, and we’ll be updating the bathrooms that we have. Things that we all need within the facility. That’s the first part of the program. Then we would like, within the next 5 – 6 years, to expand on to the back of the building, make a larger building, that would help us consolidate some of the ministries that we have been doing. The Episcopal Church has been marvelous – we’ve worked together with the pantry –  but we realize that as it continues to grow, it would give us more room for the pantry.” Jones also states that another special part of the expansion is for a thrift shop. “The thrift shop would enable us to permanently fund the pantry through the sales of good, lightly used clothing, etc. It would be a blessing to those who bought it at an inexpensive price and a blessing to the pantry as it would fund the pantry. It would also enable us to be generous with people who have lost possessions in time of tragedy that we can help get them back on their feet.”

Jones also mentions that former New York Giants football player Lee Rouson, who does a lot of work with the youth, is a member of the church, and Jones would love to have a gymnasium or facility that would be much larger than the current youth room. Also, there is a Spanish part of the congregation  that meets on Sunday nights and Jones would love extra worship space for all. Planned for as well would be newer office space and, should families need shelter due to loss of home, have a spot to rest their heads until light is seen from the darkness.

The third phase, looking 10 years down the road, is about finishing things off and finalizing everything.

“This expansion” says Jones, “would really just enable us to do more with the community. Just to expand enough to enable to continue the things we currently do.”

Funds have been raised courtesy of pledges within the church itself, and so far, $100,000 has been raised. Jones figures on about $800,000 for the entire project, and donations are welcome from the community.

Visit www.mtopag.org to learn more about Mountaintop Church, which is located at 6 Naughright Road.