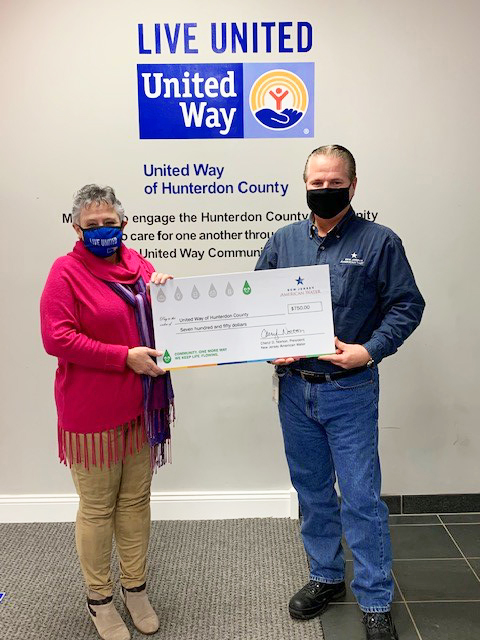 New Jersey American Water announced today that its employees raised over $26,000 for eight United Way chapters through its annual fundraising campaign. The company also provided an additional donation of $15,000, totaling over $41,000 to help individuals and families in need.

“We’ve all seen the devastating effects that COVID-19 is having in our local communities, and now more than ever, United Way needs our support,” said Cheryl Norton, president of New Jersey American Water. “Our employees have a long history of generously supporting United Way, and this year they really stepped up to make a positive impact.”

Each holiday season, American Water launches its national United Way fundraising campaign, encouraging employees to contribute to the efforts of United Way. In addition to financial donations, American Water employees participated in creative, virtual fundraising events including a 5K Turkey Trot, an online auction, BINGO games, trivia games and other fun events, all contributing to United Way. Over the last five years, New Jersey American Water and its employees have raised nearly $200,000 for United Way through this annual campaign. This tradition has continued for over 15 years.

“Without our corporate partners, we would not be able to provide the support, resources, or programs to help Union County’s most vulnerable families,” said James Horne, President and CEO of United Way of Greater Union County. “Especially in these difficult times, we are extremely grateful to have the support of New Jersey American Water and look forward to working together to make a difference in the community and help local families beat the odds.”