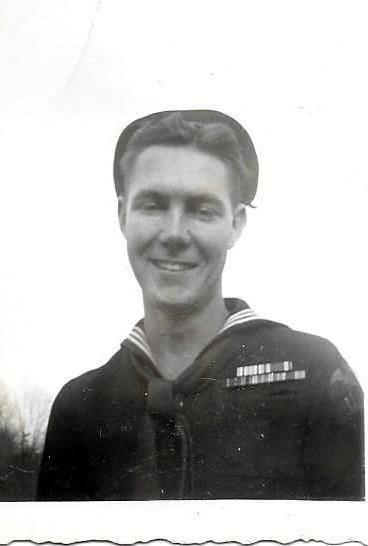 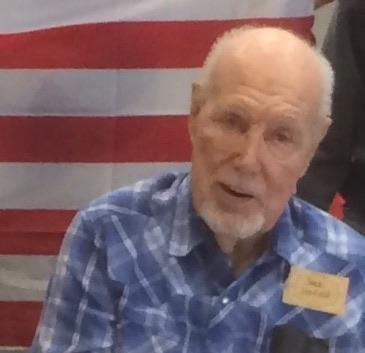 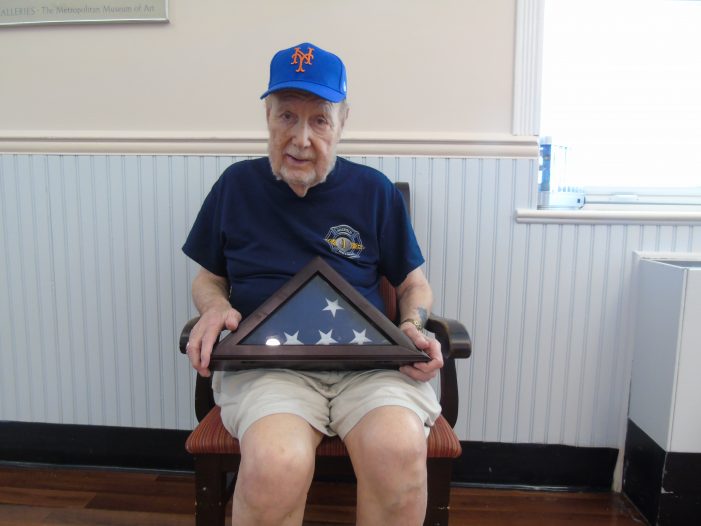 Photos submitted by the Scofield family

93-year-old Jack Scofield, a veteran of the United States Navy, took part in the D-Day invasion on June 6, 1944. The Battle of Normandy from that significant June day onward resulted in the eventual Allied liberation of Western Europe from control of Nazi Germany.

A great victory. “He is a tough, spirited man who loves his family, loves his country and has persevered through life’s trials and tribulations,” says his son, Chris Scofield.

Scofield is also a huge New York Mets fan, they World Series champions in 1969 and 1986. Asked who his favorite Mets player is, he responds, “(shortstop Michael ‘Scooter’) Conforto .” Ask him to name his all-time Mets team at all nine field positions, he responds, “You mean from the past? Oh gosh, that’s hard.”

For Scofield, it’s hard to pick a favorite, but give him time and make him honorary manager, and you have to assume he’ll man the field with stellar performers who would take home a third baseball crown.

Speaking of “honorary,” those same New York Mets are set to honor Scofield with a special Citi Field tribute. Son Chris and daughter-in-law JoAnn reached out to the Mets in July when they learned about the teams “Veteran of the Game” program and submitted an application.  The club responded within a day to inform the Scofields that Jack had been selected.  Scofield will receive an American Flag in an embossed case and be photographed with it by the staff at his long-term care facility, Boonton’s New Jersey Firemen’s Home.  The photo taken, along with others, would be sent to the Mets, who will be producing a short video that will be a tribute to Scofield and his military career.

Scofield enlisted in the Navy at the age of 17 when he was a junior at Mountain Lakes High School.  He was in Boot Camp for 5 weeks in Sampson, New York. He served on the LST 347 during the D-Day invasion at Omaha Beach, spent two years in the service, and was discharged in May 1946.

“We took in an LST, we carried about twenty-four tanks, and we unloaded them onto what we call rafts,” Scofield 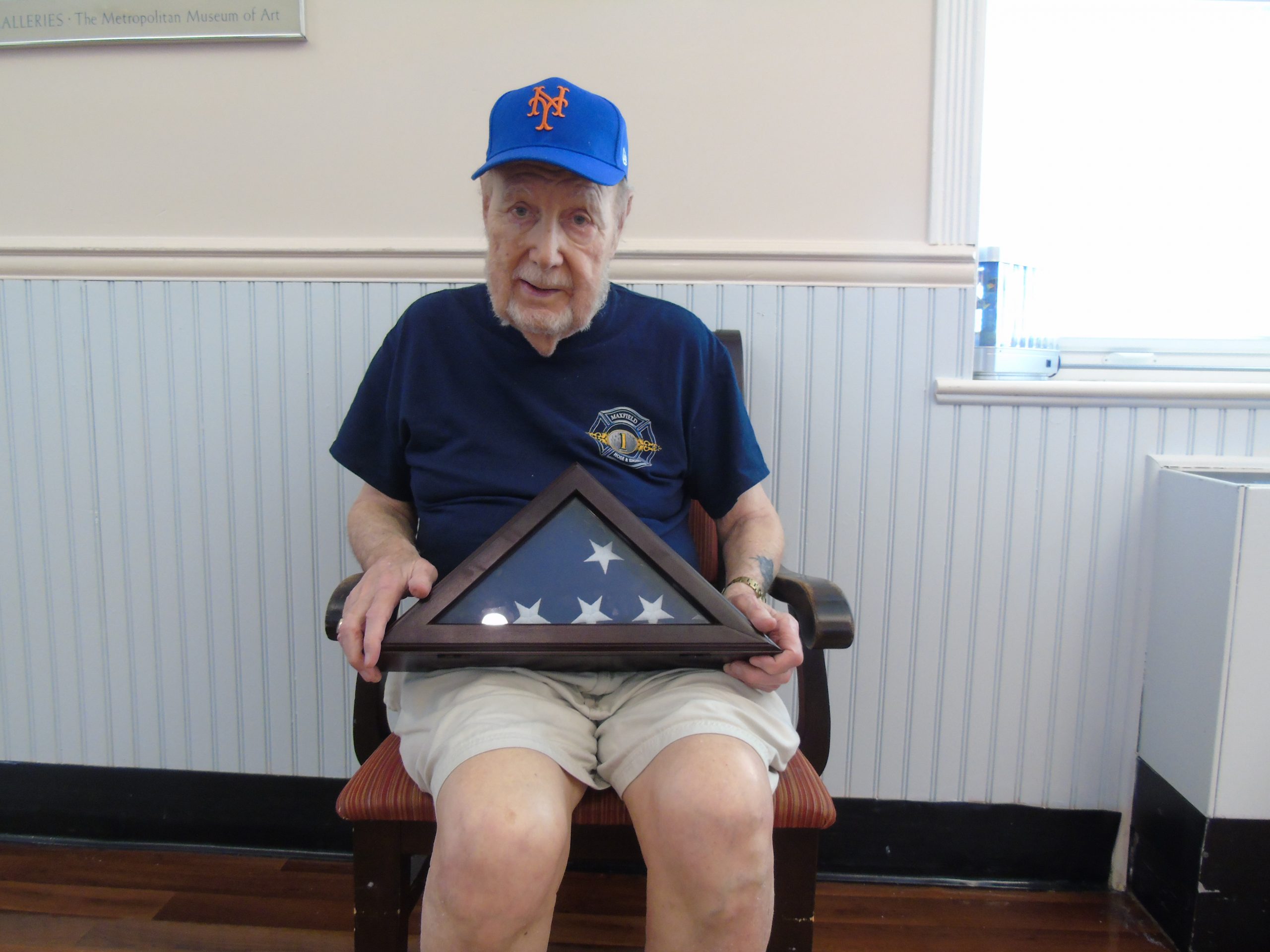 says in recollection, “and they took them in further to the beach.” Scofield, who stayed on the ship, recalls seeing bodies floating on the water. “I was only 17-years-old. I am more scared talking about it now than I was then. It just didn’t register with me what was going on, really.” On the 15th of June, the ship Scofield and others were on was shelled and hit from 20 miles inland by the German gunfire. Forced to abandon the ship, Scofield spent seven hours in a foxhole while the shots continued.

Scofield was born in Morristown but lived in Denville most of his life. He and his late wife, Jane, raised four sons. Scofield also served as an usher at St. Mary’s Roman Catholic Parish, was one of the founding members of the Denville Little League, coached CYO basketball, and in 1952 was the first Democrat and youngest individual elected to the township committee.

“My family,” says Scofield, who will turn 94 in October, when asked his definition of good fortune and a rewarding life. And he is elated about the Mets honor. “Oh, I will enjoy it,” he says. “Its’ really great, it makes my day.”

The Jack Scofield tribute video will be shown during a future game broadcast, will also be shown at Citi Field during the game, and be posted on the Mets’ social media channels.